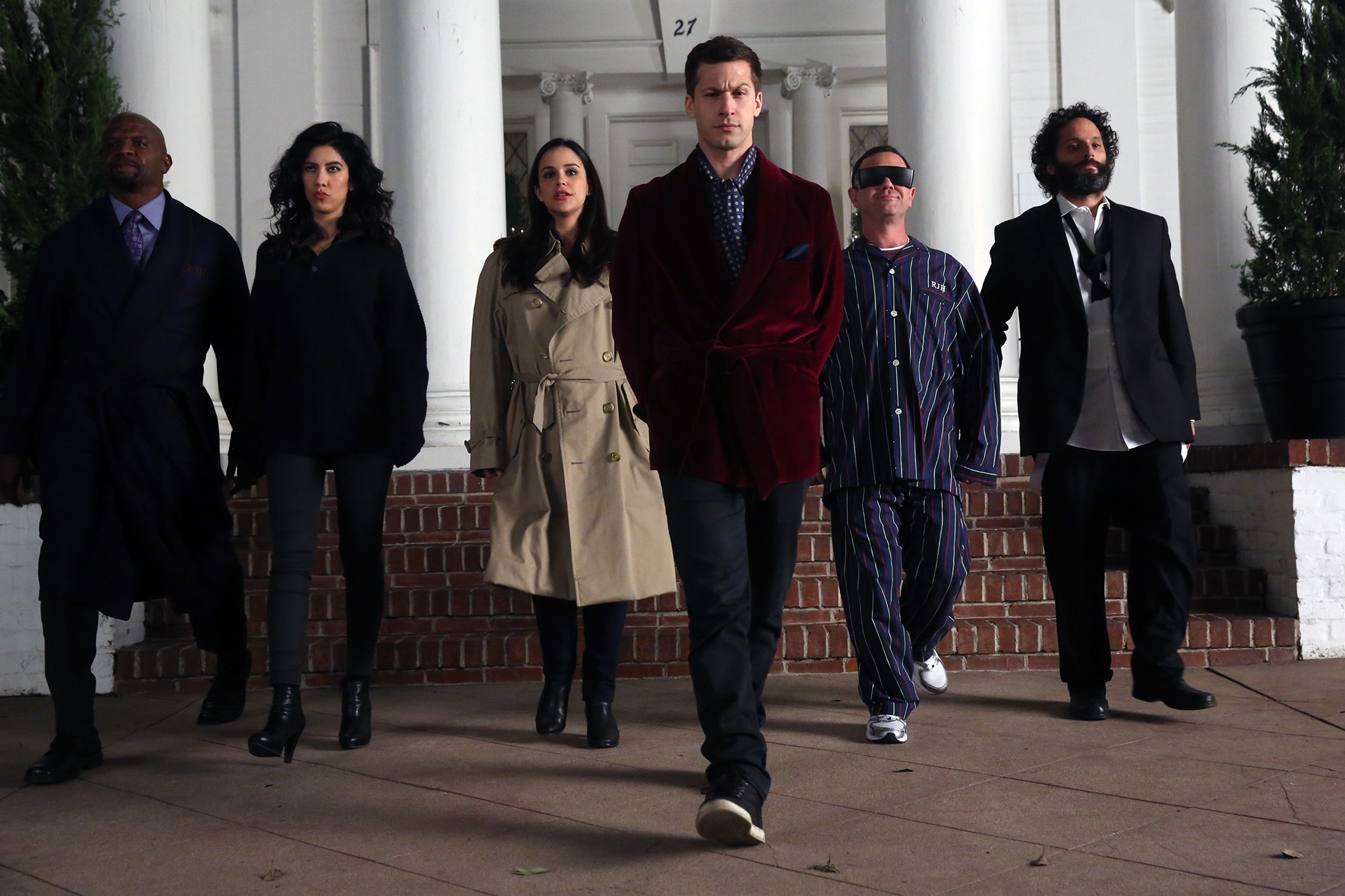 Written by Ella Chadwick
Published at 15:00 on 7 August 2020
Images by @BrooklynNineNine on Facebook

Since Brooklyn Nine-Nine premiered in 2013, the United States has changed a lot. Donald Trump was elected president; violent hate crimes are on the rise and the police are under more scrutiny than ever for brutality.

These anti-police sentiments have reached their peak over the last few months, after the death of George Floyd at the hands of four police officers resulted in mass protests across the United States calling for the police to be defunded. Following these demonstrations, videos have appeared online of yet more police brutality and violence against protestors. Suddenly, a light-hearted sitcom about the NYPD no longer seems so funny.

When Brooklyn Nine-Nine producer and star Andy Samberg was asked about how the show will deal with these issues, he responded by saying that the crew are trying to grasp how to continue a cop comedy in a way that they can feel ‘morally okay about,’ and according to star Terry Crews scripts for upcoming season eight episodes have been scrapped following the anti-police protests. Despite this, across social media the show is being called ‘copaganda’ due to its sympathetic depiction of police officers.

Brooklyn Nine-Nine was co-created by Dan Goor and Michael Schur following the success of other TV shows they had collaborated on such as Parks and Recreation and The Office (US). The setting of a police precinct was chosen for their third project together as they believed it had a lot of untapped comedic potential. Incidentally, all three shows they have worked on together have been workplace comedies, so the choice of setting the show in an NYPD precinct feels like an extension of this genre rather than an attempt of copaganda. The show is unabashedly a pastiche of cop shows and movies that have come before it, some of which are copaganda. So therefore, does this make the show itself a work of copaganda?

Anyone who has watched a good portion of the show will vouch for the fact that it is not always flattering of the police force and is not afraid to tackle the more serious issues. Over the years, there have been episodes on racial profiling, homophobia, the #MeToo movement and gun violence. The show is always careful to avoid a quick fix to these issues, and often the answer to them is left open in order to challenge their viewers’ perspectives on these problems.

However, it is difficult to predict how the show will deal with the fact that the US police system is built on prejudice.

It is rare that the main cast of characters are ever the source of prejudice, and are often victims or witnesses of it. The show overwhelmingly portrays its main characters as being the ‘good’ cops who oppose the ‘bad’ cops and the NYPD establishment as a whole. By portraying the characters to be good at heart despite the troubles they face, it allows the show to adapt a more comic and light-hearted tone. Despite this, by making our protagonists the good guys it can create a false sense of reality that the majority of cops are good, and therefore reinstates the police force as a positive influence, an illusion that has been shattered over the last couple of months. That is not to say that all members of the US police force are inherently bad, but the world of police that we are often shown on our screens is not an accurate depiction of the police force as a whole.

Despite the show’s problems as a piece of copaganda, it is hard to deny the positive influence that Brooklyn-Nine-Nine has had on the world from the diverse casting to the meme-able jokes. Even if the show has become a work of copaganda, it is clear the writers and producers are wanting to change this as they search for a new way to present the police following the incidents of the last few months. We can only hope that this beloved cop comedy can find a way to continue to make people chuckle despite the current discussion about the US police force.

Why Brooklyn-Nine-Nine Deserved to Be Revived