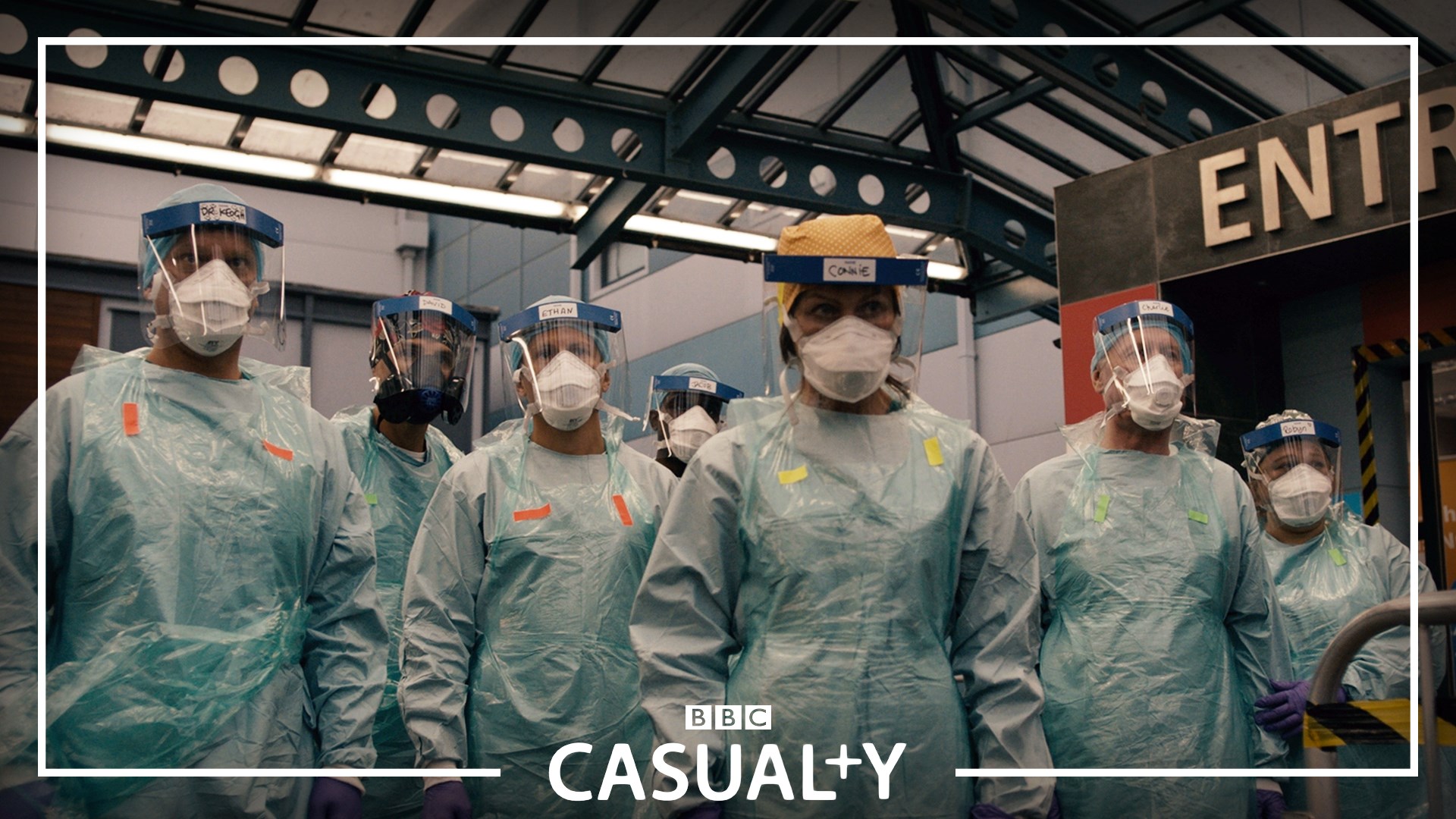 TV Writer Marianne Morgan is delighted that favourite medical drama Casualty has made a comeback with a special episode dedicated to NHS workers: a moving tribute as part of the show’s 35th anniversary series

Written by Marianne Morgan
Published at 17:00 on 9 January 2021
Images by @BBCCasualty on Facebook

Content warning: some readers may be upset by the themes of illness and death which are discussed in this article.

After a five-month hiatus, Casualty made its big return this month with a special coronavirus episode dedicated to the hard work of frontline NHS staff.

The BBC One show depicted the hard struggle that many hospitals up and down the country have faced so far through the pandemic, focussing on the first 90 days of lockdown. Filmed with camera trickery and seamless editing, to ensure the cast’s safety, the episode’s message in supporting NHS workers did not suffer.

The episode followed a conversation between the clinical lead of the emergency department, Connie Beauchamp (Amanda Mealing) and nurse Charlie Fairhead (Derek Thomson), who has featured in Casualty since the very beginning. Connie, whose face is red, sore from the marks left by the layers of PPE, confesses to Charlie how she feels responsible for the situation in the department.

This conversation sustained the narrative throughout, as we jumped between flashbacks capturing the fears and tensions over PPE and safety procedures, often coming out as arguments between characters. We saw the connections that developed between staff and isolated patients, a reminder that doctors and nurses do more than just treat patients, substituting themselves in offering the support of loved ones. The episode also saw three characters fall ill with coronavirus, with one being an extremely severe case, something alluded to in the conversation had by Connie and Charlie.

The helplessness many NHS workers have felt was documented through changes that have needed to be made and the sudden requirement to adapt. The episode succeeding in highlighting the impact of such on nurses David Hide (Jason Durr), who is bipolar, and Jade Lovall (Gabriella Leon), who is deaf.

The episode also depicted the solidarity that the public have shown towards health care workers and the comradery that has emerged among staff, with Charlie talking about how the internet has helped to keep his spirits up, before showing a scene of nurse Robyn Miller (Amanda Henderson), Dr Rash Masum (Neet Mohan) and Dr Ethan Hardy (George Rainsford) dancing during a break to the Madness track ‘One Step Beyond’ for social media.

The episode culminated in an almost-distraught Connie phoning a family about end-of-life choices, which saw one character’s life support be turned off, before breaking the news to the rest of the department. A poignant scene, capturing the heartbreak that so many people have had to experience at the ruthless hands of coronavirus.

For once, the episode did not close with its iconic theme tune, but instead with the fact that ’90 days after the first lockdown, the UK had suffered 42,589 deaths’, a sobering reminder of the reality of the situation. This was then followed by the hopeful message ‘we continue to fight this battle together’.

This new series marks Casualty’s 35th anniversary, with its action-packed trailer promising plenty, proving not even a pandemic can stop the world’s longest running television medical drama. The series also sees the introduction of Loretta Preece in the role of series producer, although it appears that little will change, as the series looks to deliver all the heightened drama that Casualty is famous for.

After four years away, the series sees the return of Grace Beauchamp (Emily Carey), daughter of Connie Beauchamp. It has also been confirmed that Michael Stevenson will reprise his role as much-loved paramedic, Iain Dean, who left the show last September.

The series trailer suggests that romance is on the cards for several characters, including Grace. It appears that clinical nurse manager, Jacob Masters (Charles Venn) makes a connection with agency nurse Tina Mollett (Adele James), who briefly appeared at the end of the last series, as well as Dr Rash Masum getting himself back on the dating scene.

The description of a later episode has also confirmed that this series will see the departure of Dr Will Noble (Jack Nolan), leaving fans speculating about the conclusion of his storyline with paramedic and ex-girlfriend, Fenisha Khatri (Olivia D’Lima) and the connecting feud with Dr Ethan Hardy.

The arrival of the new series is very timely and hopefully it can provide some comfort to many people through this third lockdown. The opening episode gave as best an insight as possible into the lives of frontline staff during the pandemic. It beautifully handled the delicate sensitivity of the physically and emotionally demanding nature of the job. It was the perfect way to start the new series, reminding us that what we see on Casualty is not real life, and the work done by the NHS it seeks to depict is what we should be grateful for.