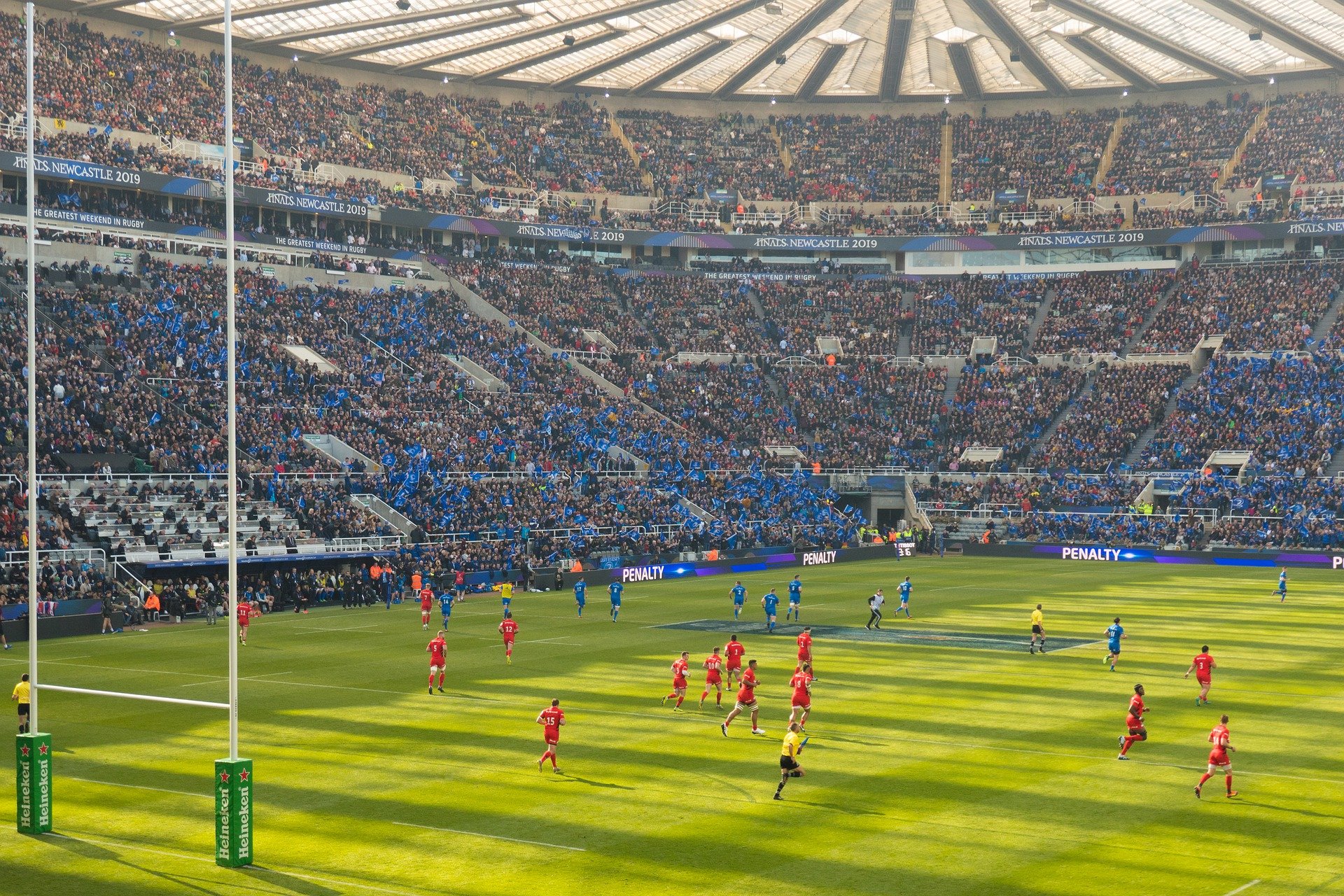 Written by OwainPryce
Published at 16:30 on 13 September 2020
Images by Pixabay/KBaucherel

In a strange set of circumstances befitting of this tumultuous year, rugby’s best club sides resume their European campaigns in the Champions’ Cup at the quarter-final stage. With teams from Ireland, France, and England left in the competition, it will be interesting to see how teams react after almost eight months since the group stage ended.

The standout fixture pits Leinster against Saracens in a repeat of last year’s final. Since that match, though, in which Saracens triumphed 20-10, the two sides have had with contrasting fortunes. Leinster are unbeaten ever since, steamrolling their Pro14 and Champions Cup opponents, winning all 22 games. They will defend their Pro14 title this Saturday against Ulster, after defeating rivals Munster in the semi-finals.

Home advantage, a side littered with Ireland internationals, and a strong pedigree in this tournament – no side has won more titles than Leinster’s four – combine to set the Dublin-based side up as firm favourites.

However, champions Saracens will not make it easy, despite their well-documented issues. Prior to the stoppage of play due to COVID-19, many had Saracens as potential tournament winners, seeing it as a perfect farewell before their side broke up. Unfortunately, due to the season being extended, much of the squad has dispersed and their Premiership form since returning has been mediocre.

To make matters worse, talismanic fly-half and England captain Owen Farrell will miss the match after being sent off for a dangerous tackle against Wasps earlier this month. Despite all this, Saracens still have world-class players, and have cultivated a culture of success over the years, so Leinster will not have an easy game.

The other two English sides left in the competition are Exeter Chiefs and Northampton Saints, who face each other at Exeter’s Sandy Park. A second-string Chiefs side beat a near full-strength Saints recently, a result that epitomises the strong form of Exeter and Northampton’s post-lockdown struggles.

No wins from their first five games since the Premiership restart does not bode well for the Saints, but they will take heart from their opponents’ European woes of recent years. This is Exeter’s seventh campaign in this competition, and they have only made it past the group stages once, and on that occasion they lost to English opposition in dramatic fashion at the quarter-final stage.

Saints, winners of this trophy back in 2000, do have a talented squad with international names such as Courtney Lawes, Dan Biggar, and the herculean Australian winger Taqele Naiyaravoro. Nevertheless, they will go to Sandy Park as underdogs, with Exeter irrepressible since rugby’s return.

Another eye-catching game is the all-French affair between Clermont Auvergne and Racing 92, who both picked up victories in their first game back as France, unlike the British and Irish leagues, scrapped the 2019/20 season and have started the 2020/21 campaign post-lockdown.

These two sides have been losing finalists in the Champions Cup in five of the last seven years, but both have squads capable of mounting a serious assault on the title and will be desperate to shake the bridesmaid tag with which they are currently associated.

Racing 92, the rock stars of European rugby, play with an effervescent style highlighted by flamboyant players such as Scotland’s Finn Russell and French centre Virimi Vakatawa. These sides met at this stage in 2018, with Racing victorious on that occasion, however a vastly experienced Clermont side, playing at the formidable Marcel Michelin Stadium, will be an arduous adversary for the Parisians.

Pro14 finalists Ulster face a difficult trip away from home to European royalty Toulouse. The French club sit alongside Leinster as four-time winners of this competition, and after a decade where they have failed to live up to their pedigree, they finally have a side capable of challenging once more. Last season saw them reach the semi-finals, and they are fully capable of going further this year. They possess international stars such as Charlie Faumuina, Jerome Kaino, and Cheslin Kolbe, as well as exciting young French talents, Antoine Dupont, and Romaine Ntamack.

Ulster, in contrast, are one of European rugby’s great underdogs, and have a good record against Toulouse, winning three of their four matches. The first Irish side to win the competition in 1999, they have their fair share of Ireland internationals, and their victory in the dying embers of their Pro14 semi-final against Edinburgh highlights how difficult a side they are to defeat.

The quarter-finals will be played on Saturday 19th and Sunday 20th September, with all matches live on BT Sport, and with Toulouse vs Ulster also free to air on Channel 4.