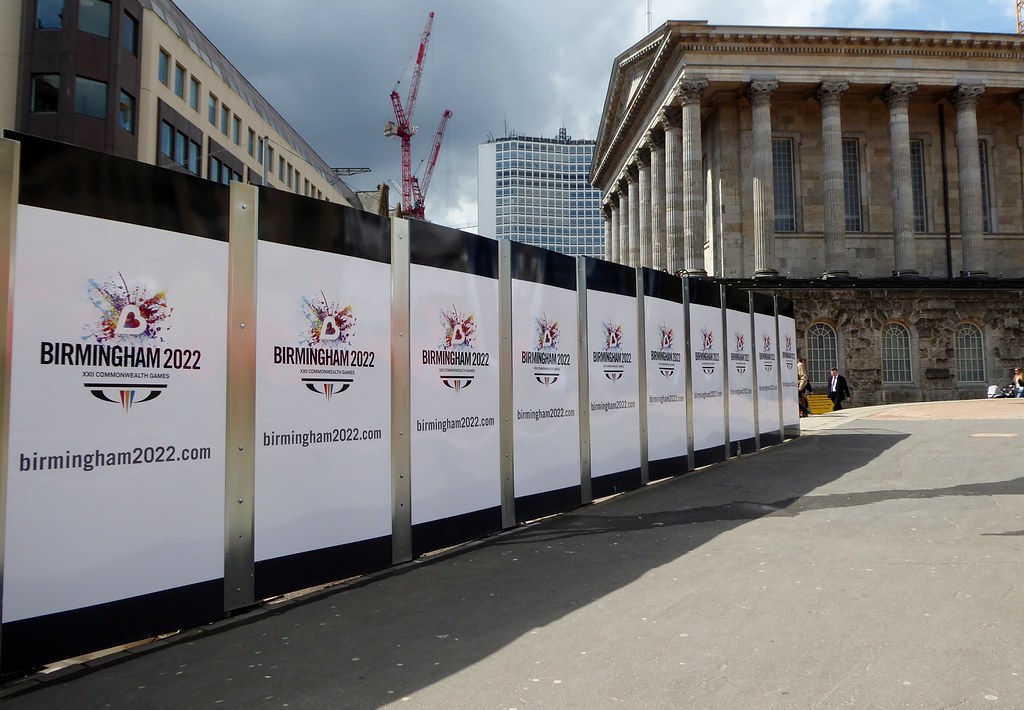 Written by Jack Wooldridge
Published at 15:00 on 27 August 2020
Images by flickr/metrogogo

A single-site athletes’ village is no longer under consideration by organisers of the 2022 Commonwealth Games, which are to be held in Birmingham.

In light of the coronavirus pandemic, organisers have broken away from tradition for the upcoming games. Athletes will now be housed in existing accommodation at the NEC hotel, the University of Warwick, and the University of Birmingham.

The village was set to be built in the Perry Barr area of the city in conjunction with a regeneration project in the Birmingham suburb. Whilst the local infrastructure improvements will be unaffected, the decision is still a blow for the people of Birmingham and the games as a whole.

A mile from the Alexander Stadium, where the athletics events will be hosted, the village was designed to accommodate the 6,500 athletes set to participate in the games. The cost of the village was to be in the region of £500 million, but there were serious concerns about the mounting costs of the operation, with Birmingham City Council running £92 million over budget. With the decision to abandon these plans, questions have been raised over whether taxpayers’ money has been put to good use.

Organisers have insisted, however, that the change of plan is a consequence of the COVID-19 pandemic and nothing else. The virus had led to delays on the construction work of the proposed site with the building firm in charge, Lendlease, suspending all their work in April.

As disappointing as it is, the change is a sensible decision given the limited timeframe in which the site would have to be completed, alongside the lingering uncertainty caused by the pandemic. Athletes will still find themselves with high-quality accommodation facilities, although these will now be scattered around Birmingham and away from the Alexander Stadium. Organisers have also offered reassurances that existing accommodation will be suitable for para-athletes.

The University of Birmingham’s Vale village will act as the ‘principal village’, hosting 2800 athletes. The university will also be holding the hockey and squash events in 2022, whilst the £55 million Sport and Fitness club will be available for training purposes.

This is not the first example of how coronavirus has impacted Birmingham 2022 either. In June, it was announced that the start of the Commonwealth Games has been delayed by a day. This was to avoid clashes with the World Athletics Championships and the UEFA Women’s Football Championships after changes to the sporting calendar due to COVID-19.

Work on the Alexander Stadium is also behind schedule due to the pandemic. The stadium, which will also host the opening and closing ceremonies, is undergoing reconstruction work that will see its capacity rise and improvements in infrastructure in the surrounding area. The revamp was due to be completed by late 2021, but is now set be completed by April 2022, just three months before the games start.

The stadium has now also been closed to the public earlier than expected and will not reopen for public use until after the 2022 event. Although this was not part of the original plan, the council have cited the impact on construction schedules and government guidance on social distancing as reasons for the closure of the facility.

Its closure has caused severe disruption for Birchfield Harriers athletes, who have used the facilities since 1976 and many of which hope to compete in 2022. Instead, they have been forced to find alternative training sites.

Even before the virus hit, the organisers were already behind schedule, as well as being over budget. Birmingham has only had four rather than the usual seven years to prepare for the games after replacing Durban as the host city, and problems with getting various contracts signed off have not helped the cause.

In a statement following the spate of recent announcements, Dame Louise Martin, president of the Commonwealth Games Foundation, said: ‘We remain confident Birmingham 2022 will be delivered on time and on budget – offering a world-class Games experience for athletes, fans and all the businesses and communities that look to benefit from this extraordinary event.’