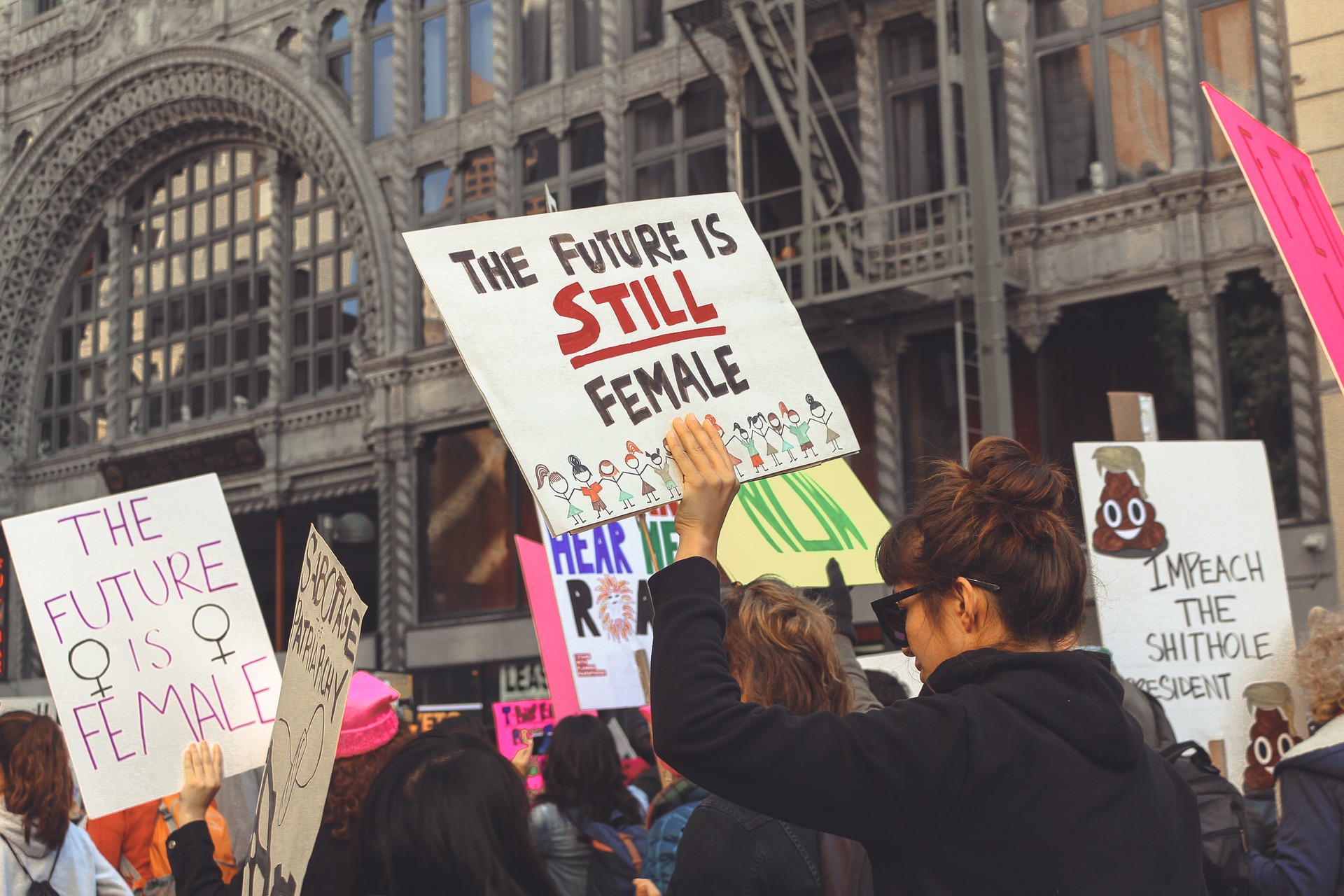 Written by Freya Wainstein
Published at 07:00 on 2 April 2020
Images by miawicks9

I need no persuading that feminism has a long way to go. Yet, even as a somewhat pessimistic feminist, recent statistics demonstrating attitudes toward women and girls have left me shocked, frustrated and disheartened.

Undeniable progress has been made in closing the gender equality gap, but a new index has revealed the striking global backlash towards gender equality. Last week, an analysis of 75 countries revealed that worldwide, 91% of men and 86% of women hold at least one bias against women in relation to politics, economics, education, violence or reproductive rights. Of the countries studied, in only six do the majority of people hold no bias towards women. The United Nations Development Programme (UNDP) suggest that ‘if the current pace continues, 67 countries – home to 2.1 billion girls and women – will not achieve any of the key gender equality targets we studied by 2030.’

If this news wasn’t enough of a blow, a recent survey reports that in the UK, only 62% of boys aged 16 to 18 strongly believe that girls and boys have an equal right to education.The charity Theirworld has similar doubts to the UNDP about gender equality targets, suggesting that without dramatic change, by 2030 more than half of the world’s children will lack the basic skills needed to maximise their potential.

Seemingly, if we thought that the inferior status of women would soon be dismissed and disdained as a thing of the past, we were wrong. With only 9% of men and 14% of women worldwide who view the sexes as entirely equal, one thing is clear: we are failing females everywhere. Less clear, however, is what is going wrong?

I expect that a significant contributing factor is the language that we continue to accept as common-place, and yet which perpetuates views of women as second-class citizens. Language has real-world implications, shaping how we perceive what goes on around us and influencing how we treat others. The way that we use language to reinforce prejudice against women can be exemplified by merely opening a dictionary. Synonyms for ‘woman’ include ‘bitch’ and ‘maid’. Similarly, examples of the usage of the word include ‘God, woman. Will you just listen?’ In stark contrast, the definition for ‘man’ includes ‘a person with the qualities associated with males, such as bravery, spirit, or toughness.’

This is both an instance of and a way to maintain the existence of ‘Everyday Sexism,’ a term coined by Laura Bates who set out to bring to light to sexism experienced in day to day life whether it’s ‘serious or minor, outrageously offensive or so niggling and normalised that you don’t even feel able to protest.’ Her ‘Everyday Sexism’ project aims to reduce gender inequality by proving wrong those who suggest women are now equal and can no longer complain. One only needs to listen to the lyrics of a popular rap song or turn on the TV to reveal that the use of sexist tropes – and thus the perpetuation of sexist attitudes – exist virtually everywhere. Sexist language leads to sexist action and both lead to a widespread acceptance of the view that women are inferior. So, put simply, everyday, everywhere, sexism is reinforced.

Evidently, we need to act to change this apparently never-ending cycle. Initially, this means recognising it exists. We can no longer ‘let things go’ if the result of doing so is that yet another decade goes by without significant strides to end the oppression of women and girls. Urgency is necessary and the belief that women have got ‘enough’ equality now – because wives are no longer the property of their husbands and some of our MPs are women – can no longer be peddled. After this recognition comes education of others and fighting for active change.

The good news is, people are doing so. An open letter – with leaders of Women’s Aid and the Women’s Equality party among its signatories – has been published, calling on the Oxford University Press to change its definition. Similarly, in regard to their findings, the UNDP has called on governments to introduce legislation and policies in order to actively address ingrained prejudice. However, maybe this is not enough.

Perhaps the bigger problem that feminism faces is the implicit biases prevalent among us: our ‘unconscious attribution of particular qualities to a member of a certain social group.’ Implicit biases against women may, for instance, associate women with emotion and men with rationality. These biases are outside of our control and often our awareness, reflecting the associations we acquire through socialisation.

Implicit biases shape the way we treat women, so the problem we face is how one disposes of something they’re not aware of possessing. I will not attempt to address the deep epistemic issue of Implicit bias here. However, I hope that as implicit biases are largely shaped by our experiences, when we begin to make active changes to reduce Everyday Sexism, our implicit biases will begin to take care of themselves.

Whilst it seems as if reaching gender equality by 2030 is somewhat of a myth, instead of merely feeling disheartened, let’s take it as a wake-up call to commit ourselves to active change. This means educating those around us – not only the young – and calling out sexist tropes in the hope of extracting the pernicious sexism that contaminates the world around us.  Perhaps then, by 2040, gender equality will no longer require a miracle.