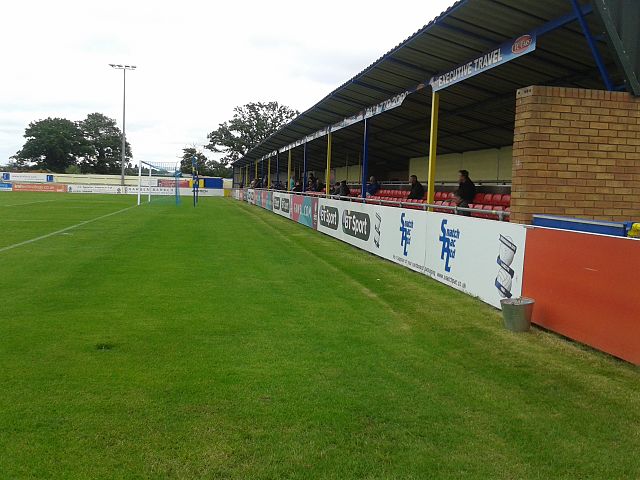 Football Fixes: Three Non-League Clubs to go to in Brum

Murmurs of a mass exodus of supporters from the sport of football are not uncommon occurrences. Widespread hooliganism and the disasters at Hillsborough and Bradford in the 1980’s drove many away from stadiums. These issues were remedied in turn by seated stadiums and tighter policing during games.

The emergence of the Premier League as we know it in 1992 constituted a new, financial barrier for fans to overcome but this too was something that was ultimately bought in to, and football restored once more to a state of good health. In the modern era, Video Assistant Referee technology was a response to poor officiating; the sums of money involved in the game now too high to be affected by refereeing blunders. Implemented with a view to levelling the playing field, the technology has served only to leave fans of all clubs equally at odds with its usefulness.

The antidote to the technology and financial mania of the current Premier League then has long been clear: non-league football. The following are three non-league sides within reasonable travelling distance of UoB that will either absolve you of your Premier League pain or condemn you to further footballing punishment.

The newest of the three teams featured, Solihull Moors or ‘The Moors,’ were founded in 2012. In the short time since their conception ‘The Moors,’ have had some serious success for a club of their size; reaching the second round of the FA Cup proper in both the 2016/17 and 2018/19 seasons and are now established in the fifth tier of English football – the National League. The new main stand at the SportNation.bet stadium, formerly Danson Park, is the latest in a long line of on and off-field developments taking place at Solihull Moors and will, if things go to plan, soon serve a team in the Football League. Solihull railway station can be reached from Moor Street station and the X12 bus will cover the most part of the 2 and a half miles to the ground from there. £16 on the door will get you a standing ticket.

‘The Yeltz’ are based in Halesowen, Dudley, West of Birmingham city centre. The Grove is best reached by the number 9 bus from New Street Station but a train to Old Hill and a short walk is also an option. Playing out of the Southern League Division One Central following their relegation from Southern League Premier Division Central in the 2018/19 season, Halesowen Town will be targeting immediate promotion this time round. The £7 student admission fee will grant you the opportunity to see Montel Gibson continue his impressive scoring run this season.

If any of the three teams mentioned could do with your support it is Sutton Coldfield Town F.C or ‘The Royals,’ whose proximity to Aston Villa has always affected their concessions. Currently bottom of the Northern Premier league Division One South East with several games in hand, you can reach Central Ground at Sutton Station from University Station via the Lichfield Cross City Line. A £10 fee for adults seems a fair price to pay for this honest football experience.

Further details for all the clubs are easily found on their websites, and a comprehensive list of all local football clubs, both league and on-league, can be found here.