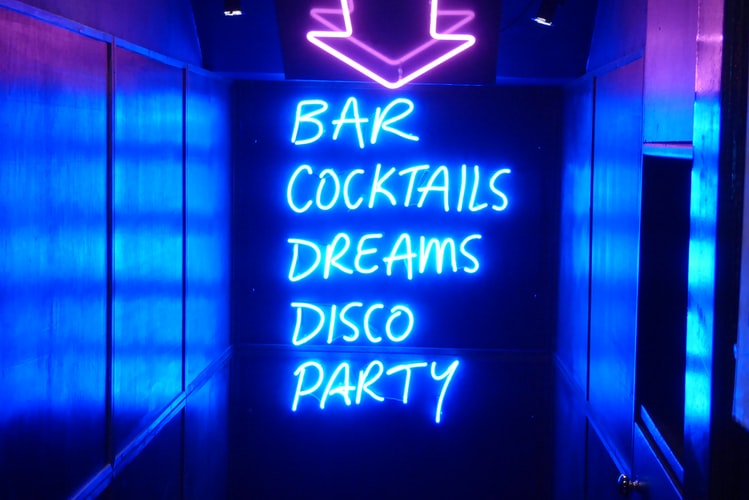 Going out to a gay bar on a night out is guaranteed fun, complete with the cheesy, guilty pleasure hits, over-the-top theatrics and enough makeup and glitter to supply a small country for a week. Everything and anything goes in a community whose middle name is ‘inclusive’, but have we reached a point where the welcoming nature of this community has been taken too far? What I am referring to specifically is the question of whether gay bars are being ‘taken over’ by straight cis-gendered women. If so, why is this the case and is it fair for them to do so?

Looking back at the original purpose behind gay bars, they created a safe space for like-minded people to get together away from the judgement (and criticism, or worse persecution) of the heterosexual, cis-gendered community. In these spaces, people who did not conform to the heterosexual, cis-gendered ‘norm’ could openly be themselves away from piercing stares, typical interrogations, and even potential trouble. Further, gay clubs gave LGBTQ+ people the opportunity to chase those with the same desires, almost automatically knowing where each person would stand.

But now that the LGBTQ+ community is being pushed more into the limelight, the barriers between the straight and gay communities are being further broken down. In some respects, this is definitely a good thing – a thing that the LGBTQ+ community have strived to achieve over many decades – but is it a fair thing to erase spaces solely meant for the gay community in the name of equality? A difficult question to be sure of, and no answer will make everyone truly happy.

A major issue I find is determining the motive behind this surge of interest in gay culture, largely perpetuated by straight women. Is it purely a genuine interest, embedded with respect and admiration? Or are they clinging onto the latest trend, treating gay clubs and even the gay community almost as a tourist attraction, ogling at drag queens and gay attraction as a whole in a spectacle like fashion? Almost like a trip to an amusement park, where they can take their selfies, upload their not-so-genuine activist post proclaiming their support for the very community they are gate-crashing.

Now, of course not every straight girl to enter a gay club acts in such a way; in fact, many straight women may choose to spend their nights out in gay clubs in an attempt to avoid unwanted male advances that would (of course) be more difficult, if not impossible, to avoid in typical straight bars. I would find it hard to deny any group of girls merely wanting a fun, hassle-free night and in a way a gay bar is ideal for this. Yet, of course, any girl going to a gay bar should expect to catch the eye of a potential female admirer and unless they are prepared to handle this with decorum and respect, then they are 100% in the wrong place.

I greatly empathise with those in the gay community who oppose the straight girl groups presence there en masse. It is a difficult thing to swallow when after years of battling for peace and the gay community coming together to find solace and a sense of unity within each other, it almost feels like a kick in the teeth to have to allow this intrusion almost in the name of acceptance and equality, lest the community be accused of oppressing straight girls by denying their entry into their own safe spaces (a laughable concept in itself, but one which I am sure certain members of the straight community would indeed be capable of).

To go back to the notion of straight girls using gay clubs as a means of escape whilst they enjoy their night out, a notion many of us can understand, is it possible to find another solution to give them a night free of unwanted advances, without encroaching on spaces not designed with their sexual orientation in mind? Perhaps women-only clubs and bars? There is no easy solution or simple way to please everyone and policing this issue would probably be a step too far – furthermore, this is most definitely not in relation to all straight women, or straight people in gender simply wanting a night out, minding their own business. Maybe this is an issue for the straight women who probably fall into the category of the tone-deaf, culture-vulture to address within themselves.

Normalisation Versus Glamourisation: How Should Sex Work be Represented on Social Media?