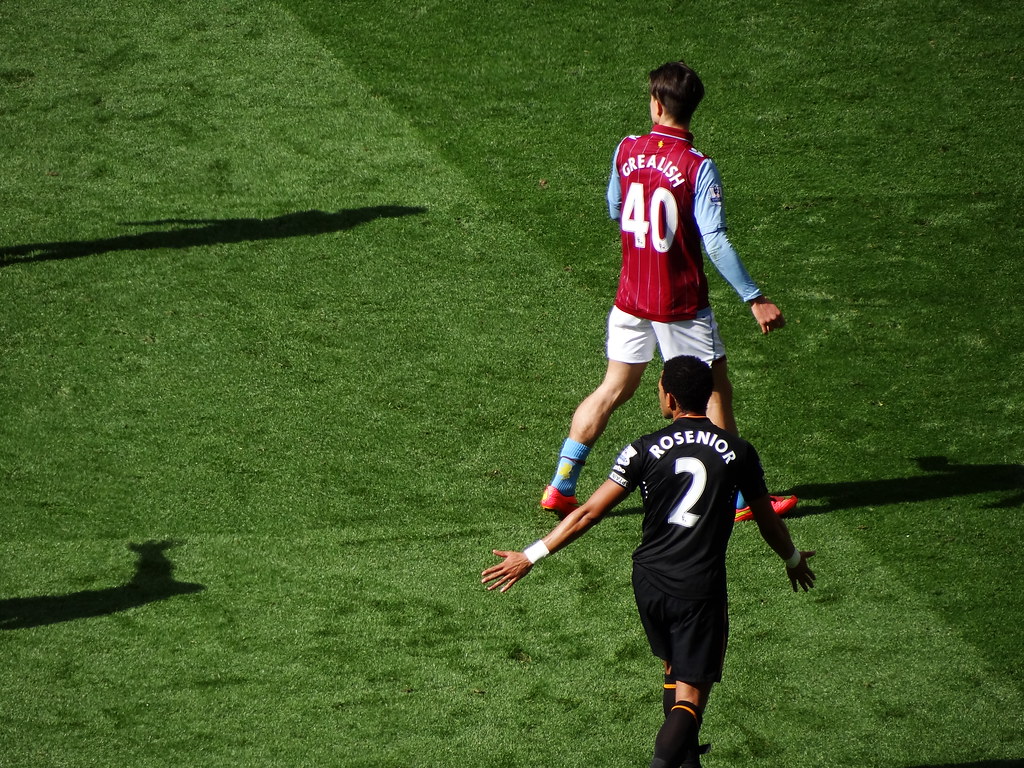 Why Jack Grealish’s sale could be beneficial for Aston Villa

Written by joeliddicot
Hi, I'm Joe, a Second Year Political Science and International Relations student studying here at UoB. I have a passion for sport, especially football and basketball, playing and watching them both obsessively.
Published at 15:00 on 16 August 2021
Images by Flikr/Ben Sutherland

Aston Villa fans could be forgiven for feeling a tinge of hurt and betrayal as Manchester City announced a shiny new addition to their already startling array of attacking talent: Birmingham-born Jack Grealish. The 25-year-old forward was prized away from Villa Park for an eye-watering £100,000,000 – a fee that made him the most expensive player ever signed by a British club.

While the blue half of Manchester gleefully anticipates the arrival of their newest star like a spoiled child waiting to play with a new toy, Villa now face the exciting task of bolstering their squad using the immense profits garnered from the sale of Grealish.

Encouragingly, the club had been busy in the transfer market prior to proliferating their newfound riches. Acquiring experienced full-back Ashley Young from Inter Milan, mercurial winger Leon Bailey from Bayer Leverkusen, inventive playmaker Emiliano Buendía from Norwich and proven Premier League goalscorer Danny Ings from Southampton. This shrewd array of signings surely augments Villa’s status as a respected Premier League outfit and, notwithstanding Jack Grealish’s departure, could elevate them into contention for a coveted Europa League place.

Subsequent to the exit of their former captain, Villa have also signed promising Manchester United defender Axel Tuanzebe on a season long loan – an acquisition that, while doing little to fill the hole left by Jack Grealish, provides energy, youth and versatility to an already solid back line that conceded just fourty-six goals in the Premier League last campaign, a number bettered by only six other clubs that season.

With that being said, which areas would manager Dean Smith like to see improved ahead of the 2021/22 campaign? Signings thus far have been decidedly top-heavy, focussing on attacking talent rather than defensive reinforcements, although this is justifiable given the sizable crater left in the team’s creative division. The onus will surely fall on Emi Buendía to fill the enormous shoes left by Jack Grealish, though the Argentinian has ample creative spark to maintain Villa’s attacking potency, corroborated by his seventeen assists in the Championship last season. He became an integral part of a Norwich team that cruised to the title, collecting ninety-seven points and securing automatic promotion; his fifteen goals showcasing an eye for goal to match his crafty playmaking talents.

In Danny Ings, Villa have secured a well-travelled striker who has refound his mojo in recent years, evidenced by his twenty-two goals in thirty-eight games just two seasons ago for Southampton. After his tumultuous time at Liverpool, it would have been easy to dismiss Ings as a striker who couldn’t do it at the highest level. But, his ensuing spell at Southampton displayed once more his ability to lead the line effectively for a Premier League club, with his clinical finishing and intelligent movement resulting in back-to-back double-digit goal seasons for the Saints.

However, the arrival of Ings is not without its implications, and questions will be asked of the place Ollie Watkins now has in Villa’s XI. The forward scored fourteen goals in thirty-seven games from the striker position in 2020/21, earning himself an England cap along the way. However, he may find himself pushed out wide throughout the upcoming season, a casualty of the club’s summer activity. With Leon Bailey preferring the right flank, and Buendía able to occupy a central role, Watkins can expect to be found coming off the left side of Villa’s attacking trio in their 4-2-3-1 system. Either that, or he battles outright for the number nine spot that Ings is ostensibly in pole position to secure for the forthcoming season. Dean Smith certainly has an important selection dilemma on his hands, albeit a dilemma that many Premier League managers would be delighted to have.

Rumours persist about the potential recruitment of James Ward-Prowse, Ings’ former teammate at Southampton. The Saints’ captain is a central midfielder and set-piece specialist who can add a source of playmaking from a deeper role, a skillset that could elevate Villa’s midfield pivot to a higher level. Europa League level? Perhaps.

In short, though Villa fans may at present be rueing the departure of local lad and former captain Grealish, they surely will soon start to look upon the impending season with great optimism. Their summer transfer window has already brought an abundance of astute signings, and with the club’s pockets now £100,000,000 fatter, there’s unquestionably room for more. The squad looks well-rounded, balanced, youthful, talented – some may say almost complete. Here’s hoping Villa can build on the successes of last season and bring joy back to Birmingham’s football scene.

What Uniform is She Wearing and Why Does it Matter?