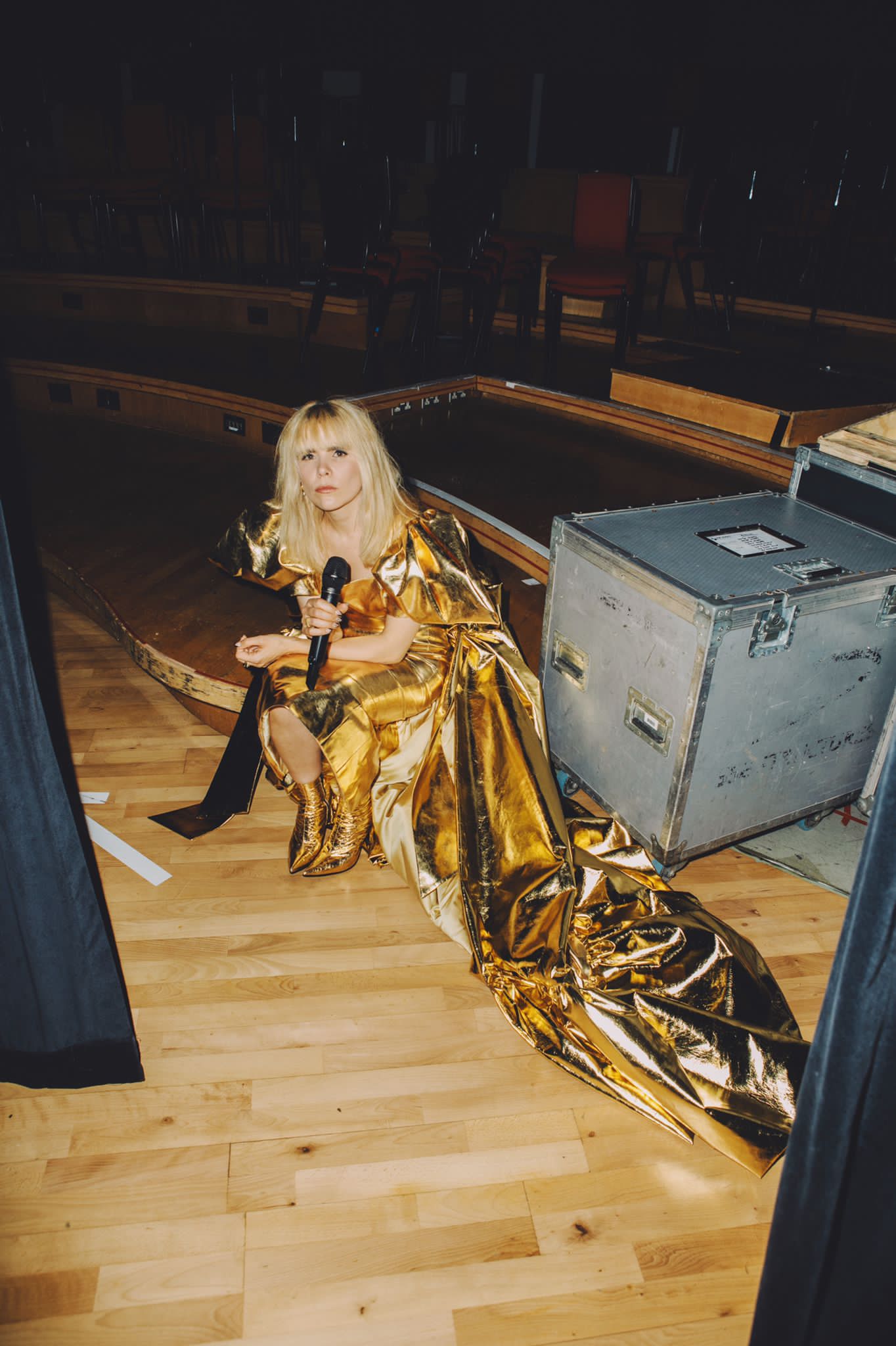 Written by Frankie Rhodes
MA Shakespeare Studies student - proponent of ethical fashion and lover of theatre.
Published at 11:00 on 2 October 2021
Images by @ palomafaith on Facebook

I remembered Paloma Faith as the spectacular singer with long-flowing red hair, delivering ballads that I would fawn over as a hapless 12-year-old. On Saturday night, I was greeted by a fresh, exciting Paloma Faith, sporting a punky pixie-cut and performing full-blooded poppy hits from her latest album, Infinite Things. While the evening lacked some of the jazzy romance that I was so nostalgic for, it was a testament to Faith’s versatility.

Faith’s support, Josef Salvar, set the mood for a groovy night of tunes, with his impressive vocals and 1975-style electric guitar backing. ‘Call On Me’ was a classic pop hit showing off the highs and lows of Salvar’s range, while ‘In The Afternoon’ was a feel-good love song with infectious positive energy. When Salvar appeared later in the evening to duet a song that he had written for Faith, namely ‘If Loving You Was Easy’, this demonstrated his ability to handle dramatic numbers, although his vocals were unfortunately drowned out by Faith’s upper harmony.

Indeed, even with a 70s-clad backing band (including bass player, two electric guitars, drummer, synth keyboard and two fantastic backing singers), Faith was forever the star of the show. Her prominent vocals soared over the body of sound, and it felt that the backing was well-suited to complement – but not risk competing with – her powerful presence. Faith opened her set with her high-spirited hit ‘Last Night On Earth’, accompanied with a post-pandemic message that ‘if we’ve learned anything from the last two years, it’s that this moment is all we have’. Her backing band appeared as ghostly shadows behind a gauze curtain, before the structure fell apart to reveal a dazzling stage, just in time for Faith’s second number, ‘Gold’.

As Faith moved through many of the songs from her 2020-released album, she landed on the eponymous track ‘Infinite Things’. I had previously admired this number as a catchy pop tune, but it gained new significance when Faith explained to the audience that it was inspired by her two children. The rising synth piano gave a powerful backing to her moving lyrics, particularly the chorus: ‘All the joy, all the chaos that life brings / I see in your eyes, those infinite things’.

I was taken aback by the theatrical nature of Faith’s set, from the synchronised gestures with her backing singers, to the shaping of the stage according to each number. For example, during Faith’s moody track ‘Guilty’, the singer moved across the stage to tear down the white streamers that had been hanging in the previous song. The only staging decision that I did not agree with was the choice to deliver an acoustic medley of several of her previous hits, as a ‘journey throughout the years’. Her backing singers now sat beside her as they sang segments of ‘Stone Cold Sober’, ‘Stargazer’, ’30-Minute-Love-Affair’ and ‘Upside Down’. While this little ensemble showed off the raw talent of her team, it felt ill-suited to the imposing Symphony Hall venue, and also came across as a box-ticking device to get through tracks more quickly.

Fortunately, Paloma Faith had the audience in the palm of her hand by the time that she performed ‘Picking Up the Pieces’, with a high-tempo backing that suited the passionate content. She later moved into ‘Can’t Rely On You’, a swing classic that made use of Faith’s raspy tone. The audience were also treated to a cover of Chaka Khan’s ‘I’m Every Woman’, accompanied by a charming anecdote of a time when Faith unwillingly sang this track with Khan, despite not knowing the words. With Faith’s female-dominated backing band, and endlessly energetic outro, this was a cover that Bridget Jones would have been proud of.

Returning for an encore, Faith delivered her recent track ‘Better Than This’, before transitioning into ‘Lullaby’, a number originally produced with Sigala. The piano synth expertly captured Sigala’s electronic style, and Faith had the audience on their feet from start to finish. Her final track, the achingly beautiful ‘Only Love Can Hurt Like This’, gave everybody a chance to belt out the impassioned lyrics, and left us stunned at Faith’s iconic shift up the octave in the second chorus.

While occasionally disjointed, this event successfully re-launched Faith into the post-pandemic music scene. Her 2020 album, Infinite Things, deserves more recognition as a stunning contribution to Faith’s discography, and a sign that the singer is most definitely here to stay.