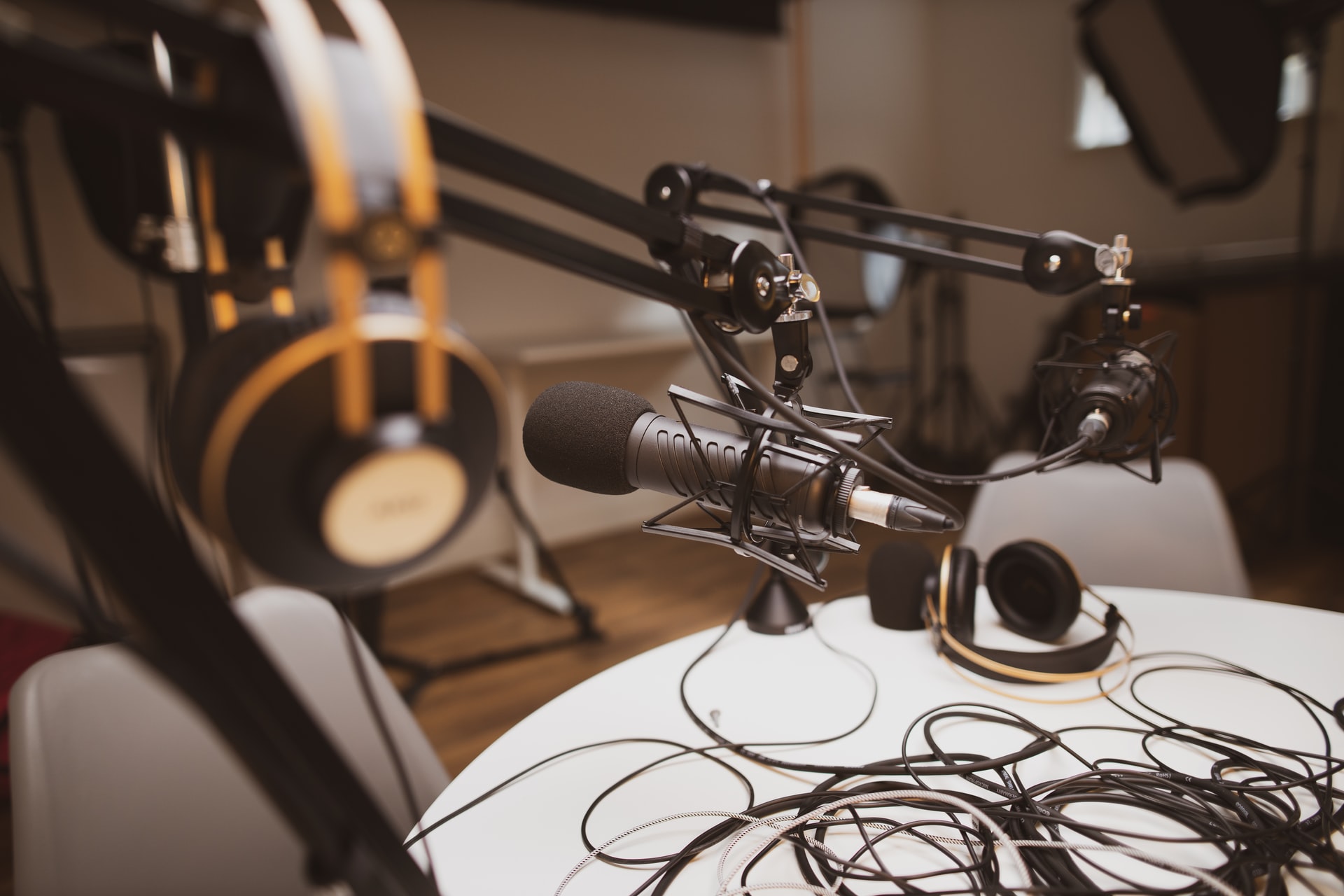 Written by Anna Drysdale
Published at 15:00 on 5 April 2022
Images by Jonathan Farber on Unsplash

Like many, my daily walks in the peak of the 2020 lockdown brought a new obsession with podcasts. While personally I tend to opt for a more light-hearted series, others may lean towards the slightly more inspiring ‘Self-Improvement’ podcast.

You may assume, as I did, that podcasts under this category would play to a similar tune as Oenone’s ‘Adulting’ podcast, which has a tone of self-improvement with a hint of ‘let’s muddle through this together.’ However, the emergence of a beard filter on TikTok has seen users parody, and bring light to, a slightly more intense sub-genre.

This genre of podcast, which after research I dread will affect my Spotify wrapped, advises men to rediscover their ‘masculine instincts.’ Many of the hosts appear to operate under the belief that modern society forces men to suppress the characteristics that make a man masculine. The podcasts advocate that a man truly in touch with his masculinity suppresses his emotions, remains focused on his career, and seeks women who conform to outdated stereotypes of submission.

It could easily be assumed that a podcast aimed at the wannabe ‘alpha male’ would tailor its content specifically to a male audience. However, it may surprise you to find out that a considerable portion of this content remains focused on women. A brief look at Mark Sing’s ‘The Unapologetic Man podcast’ quickly demonstrates just how much women are blamed for men’s inability to be their ‘true masculine self.’ Sing’s podcast boasts episodes such as: ‘The Secret to Handling Girls,’ ‘How to Steal a Girl from Her Boyfriend (Works Every Time),’ and ‘How to Dump a Girl and Get Her Friend Instead.’ Looking at such misogynistic titles,  it’s not difficult to see why the hashtag ‘#stopgivingmenmicrophones’ racked up so many views on social media.

Unsurprisingly, as a woman, this is not a genre I have actively sought after. However, I was still shocked at the large extent to which the idea of the ‘alpha male’ is centred around male interest in  how women perceive men. Male improvement podcasts place gender into traditional and extremely damaging categories that reinforce a stereotype of the unemotional man and the objectified woman. One of my personal favourite episodes for its simply ridiculous title ‘10 Red Flags of Women Who Will BURN YOU’ stated that girls with ‘daddy-issues’ are often ‘good in bed’ but concluded that this isn’t a trait to base a long-term relationship around. It may also be unbelievable to some to find that these men also saw ‘self-proclaimed feminists’ as a major red-flag, now that is a surprise!

The male self-improvement podcast no longer focuses on self-improvement and has shifted from the motivating to the misogynistic. Ideas surrounding the ‘alpha’ show men a highly stylised and extravagant ideal that degrades anyone sitting outside the standard. I believe we seem to accept these characters in society. We justify their behaviour with the excuse that there will always be men with this mindset, or the age-old phrase ‘boys will be boys.’ Recently women like Molly-Mae Hague and Kim Kardashian have been called out for insensitive and out-of-touch business advice. While this comparison in no way excuses Molly Mae’s ’24 hour day’ comment, and more recently Kim Kardashian’s ‘it seems like nobody wants to work these days’ statement , the double-standard in this judgement has to be acknowledged. Following the backlash Molly-Mae received following her interview on Steven Bartlett’s ‘The Diary of A CEO’ podcast, Bartlett released a statement on Linkedin stating ‘I’ve had male guests come on my show over and over again and say what she said. Nobody cared.’ Bartlett continued saying he’s become ‘very aware of the double standard that successful women face.’

Tiktok parodies of the male ‘Self-improvement’ podcast mock many of the ridiculous tropes the podcasts lay out. However, the only recent and minimal criticism of the misogynistic hosts of such podcasts in comparison to Hague or Kardashian highlight the different principles applied to men and women, which are rooted in an ultimately unequal society.