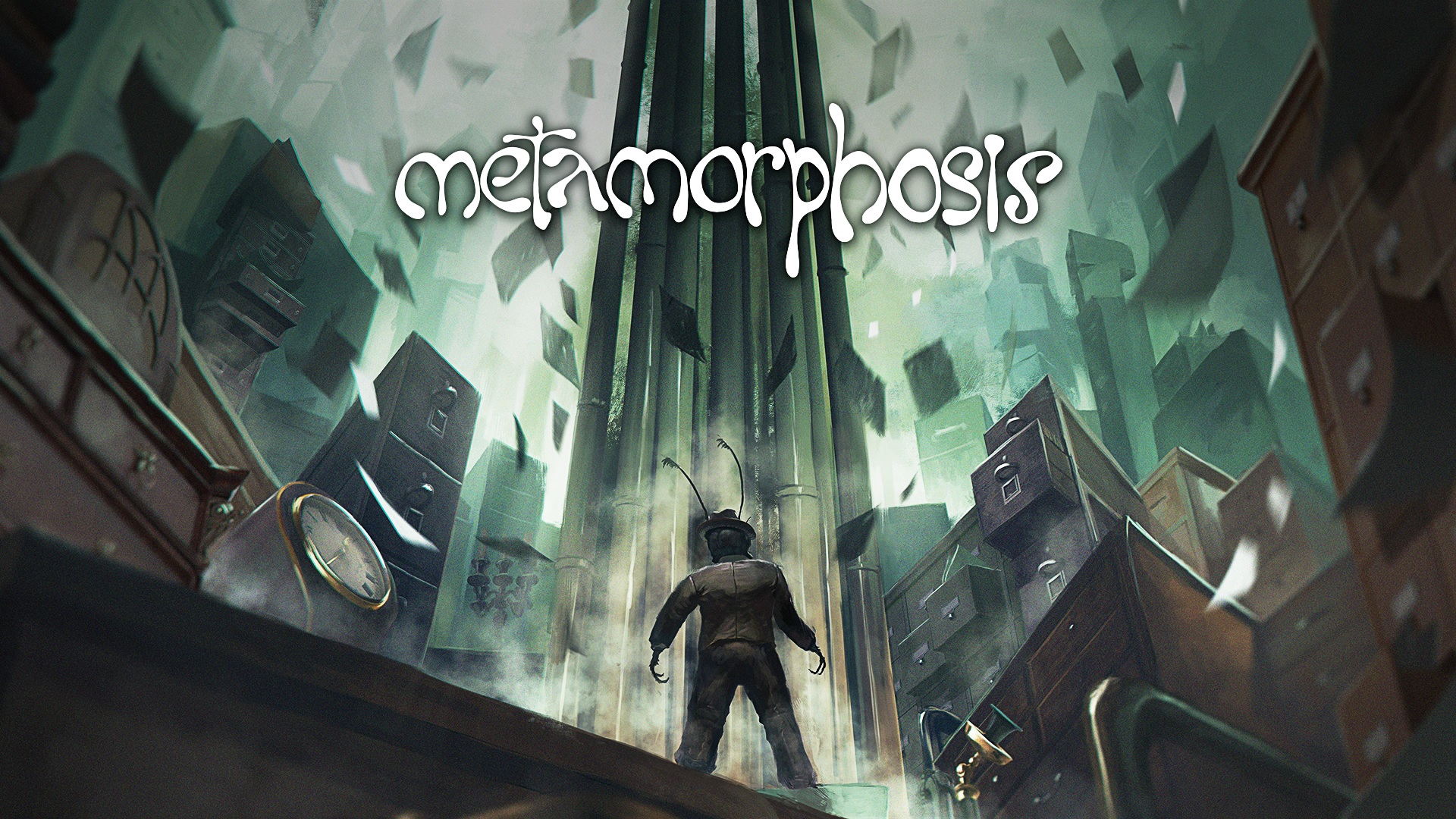 Tom Martin beetles through Ovid Works’ Metamorphosis, a first-person puzzle platforming adventure based on the surreal writing of Franz Kafka

Beetle Drive is a British party game where the objective is to draw a beetle by rolling specific numbers on a dice corresponding to the parts of the beetle physiology: 6 is for the body, 5 is for the head, 4 for the wings, 3 for a leg, 2 for an antenna, and 1 for an eye. The greatest frustration of Beetle Drive is that often the numbers you have already rolled and the numbers you are yet to roll fail to unify and you’re left with a beetle that might have had twenty-four legs but no eyes. This is not Metamorphosis.

In Metamorphosis, you play as Gregor Samsa, a man who has, at someone’s discretion and perhaps as a result of some grossly misplayed game of Beetle Drive, woken up the morning after a drink-filled night at his friend Josef’s house as a bug, though with all the requisite number of legs eyes and such that you’d expect. The only clue Gregor has as to the nature of his transformation, and the only hope he has of ever turning back, is a mysterious corporation called “Tower”. To make things even stranger, Samsa’s transmogrification seems inexplicably tied to his friend, who suddenly finds themselves under investigation for some unknown crime. Cards on the table, I have never read Franz Kafka’s The Metamorphosis¸ so I can’t comment as to how closely Ovid Works’ interpretation lies next to the original. What I can say is that the story I played through was a smartly written metaphysical mystery in a miniature milieu that kept me engaged to the very end. Post-modern inspiration clearly bleeds into the level design with platforming elements comprised of shattered typography and swirling papers. The player will travel through paintings and cinema projection to unfurl the mystery of Gregor’s transformation.

The gameplay itself is made up of platforming and traversal-based puzzles mainly, which suits the game as it serves to emphasis the game’s design both of its world as well as how it enables you to move through it. Each and every aspect of the world you are made to feel totally insignificant. Full size humans will converse in the background as you scurry to and fro to accomplish your tasks, and objects around you that would seem insignificant in scale to us become like buildings for Gregor. Whether this manifests as a gramophone turned jazz club, a human jawbone turned into the stern of a ship, or even an entire city built out of an old projector, Metamorphosis is very good at making you feel small. In some games where the world is designed to dwarf you, you can often be shoehorned into taking specific paths befitting of your small stature. Traversal of the world in Metamorphosis is fun, you have a generous range of movement which make sure that you really do feel as spritely as a flea, or whatever grim scuttler Gregor finds himself as – I’m no entomologist, nor am I an admirer of bugs in general. Each and every slope up that is not directly vertical can be climbed with ease, and even those walls that do pitch up to the heavens can be climbed with the help of some sticky mustard, or ink.

As I played through the game I never felt as though I was taking a ‘correct’ path as much as I am taking the path most apparent to me. (Though the game does offer a nice birds-eye view feature for allowing you to view your destination and plot out the path you need to take.) Its generosity of traversal and movement is such that it’s the sort of game I would love to see a speed run of. But what is impressive is that the world is not just big, but it is alive too.

Those who are small with you, your fellow insects, can always be found about the place, some going about their daily work, others always philosophising over something or another. Conversations with your fellow bug are just one example of when games’ grim sound design come into its own. Your speech is made up of garbled sounds like that goat from Pan’s Labyrinth. Another example would be the repugnant patter of Gregor’s insect feet which will send shivers through any player who has ever slept above an uncarpeted floor and tried not to wince at the sound of a house-spider’s speedy scuttling. The business of the world sometimes caused my Nintendo Switch to struggle manifesting as significant frame drops and the like, both in docked mode as well as handheld, but on the whole my experience wasn’t compromised. The game is ironically free of any major bugs, and I remained constantly impressed with what the team at Ovid Works has achieved with not just the world they’ve built in Metamorphosis, but the experience too. It seems like every effort that was not devoted to telling Kafka’s bizarre adventure was devoted to putting player in the exoskeleton of a creepy crawly, and it is a brilliant strength of the game.

Overall, with a firm grip on its subject, Metamorphosis, is far from the some many-legged miscreation in Beetle Drive. A unity of its parts, resulting in an engaging mystery platformer that is well worth picking up for the Switch if you’ve been looking for a short and sweet puzzler to keep you occupied.

Hope you enjoyed the article! Check out some more while you wait for Part 2!