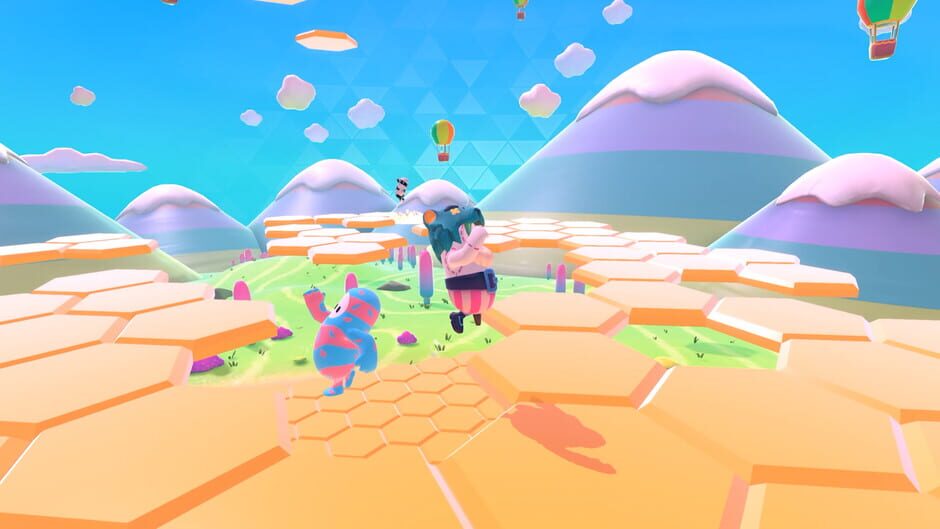 Battle Royale games have made an impressive impact on the gaming world recently. However, the premise has changed extraordinarily little. Even with the likes of Fortnite, Apex Legends and Call of Duty: Warzone, objectives have been similar. Fortunately, Fall Guys: Ultimate Knockout arrived on August 4th. Since its release, players have flocked to Steam and PlayStation Plus to experience the innovative game, especially with PlayStation Plus offering the title for free.

Fall Guys: Ultimate Knockout is simple. Lobbies of up to 60 players compete in matches of three-five rounds to claim the crown. Every round, players will compete in a mini-game to avoid elimination. Eliminated players can either view the rest of the match or back out and join another quickly, meaning that the game has a fast flow. Twenty-four mini-games including races, survivals and team games are on offer to diversify the experience. Many of these mini-games are very entertaining and requiring of different skill sets. For example, some require parkour skills while other require perfect timing or fantastic teamwork.

Developer Mediatonic cleverly blends elements of Mario Party and Takeshi’s Castle into the game. Most mini-games are short and sweet as well as reminiscent of classic game show challenges. Surviving on platforms and racing through obstacle courses fill up the majority of the mini-game roster. Fortunately, all of these have unique gimmicks to keep the experience engaging, so two mini-games rarely feel too similar.

Due to the mini-game rotation, player engagement can dwindle. I have played races such as Hit Parade countless times but others I have only played on a couple of occasions. I understand that it depends on the number of players remaining but it is more engaging with variation. Additionally, there is no option to jump into a mini-game of your choice. You are thus forced to hope for another chance to play your favourites. Custom lobbies could provide an answer for this but we will have to wait and see.

Servers are unfortunately inconsistent on PlayStation 4. Sometimes it is incredibly easy to jump into a match; it is impossible on other occasions. Disconnecting from the server has also happened several times. Maintenance has been occurring to try and fix these issues. Hopefully Mediatonic takes influence from larger Battle Royale games – think Fortnite and Apex Legends – to improve servers.

Customisation in Fall Guys: Ultimate Knockout is worth praising. Early on, you start with a few customisation options, but playing just a few matches increases your options. Yes, there are in-game transactions, but they are certainly not forced upon you. Most options are easy to unlock so long as you are playing the game. Use this as a source of encouragement as many costumes are downright adorable.

Some options are locked away for only the most successful players (such as me with four wins). Every time you win a match, you earn one crown (this is on top of the currency you earn just from playing). You can spend these crowns in the shop. Winning matches is challenging however; there are up to 60 players after all. Fortunately, not too many items are locked behind this task so anybody can enjoy most customisation options. Even if you are unable to unlock many options, basic avatars are cute enough and hard to hate.

Fall Guys: Ultimate Knockout may be one of the best indie games of the year. While it is unlikely to challenge Call of Duty: Warzone for player base, it can certainly try. Mediatonic have responded effectively to early in-game problems to improve the experience for us. Continuing to do so could see Fall Guys; Ultimate Knockout become even better! Currently, there is enough in terms of customisation, fun features and mini-games to keep a decent player base for a while. Hopefully we see more added in the coming months to this intense Party Game/Battle Royale blend.

Check out more of what Redbrick Gaming have to offer here:

Necrobarista Review: “A Blend to be Savoured”