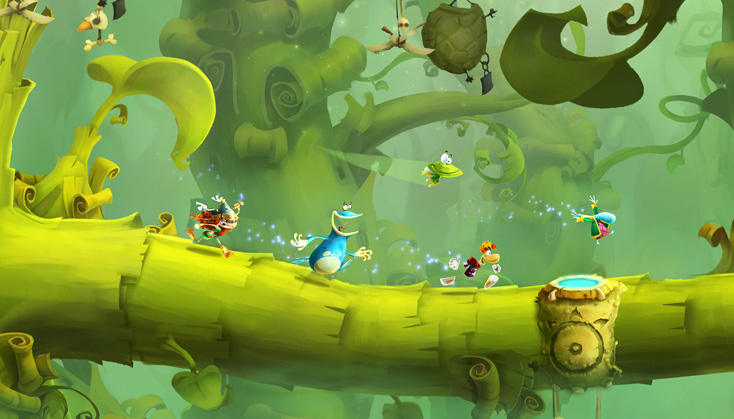 Written by Alex Green
A chemistry student, film fanatic and gamer. I tick all the geek boxes. Also loves a good waffle, whether it's the food or rambling about whatever.
Published at 11:00 on 4 May 2020
Images by IGDB

The platformer may be one of the most timeless genres in gaming. Before we had ray-tracing effects and controllers without a stupid third middle stick, an Italian plumber was pioneering the genre, a blue hedgehog was speeding through levels against a mad scientist and there was even an earthworm called Jim shooting and sprinting his way through levels. Fair to say, the 90’s were a good time for side-scrolling heroes. Nestled away in 1995 was one of the characters that would last beyond the decade in the form of Rayman, developed by the formerly known Ubi Soft studio.

In spite of this, whilst the character’s questionable haircut and disconnected hands and feet have achieved a place of gaming history, we haven’t had a new entry (not counting the Rabbid spin-offs and mobile runners) in the series since 2013’s Rayman Legends, which is a true tragedy when we look back at said entry.

In a decade that saw new platformers challenging us with Super Meat Boy and the old favourite mascots return with entries like Sonic Generations and Super Mario Galaxy 2, Ubisoft brought its classic character back with 2011’s Rayman Origins. The game sadly didn’t do well commercially despite Ubisoft stating the game would be profitable in the long-term. Despite this, Ubisoft did set the basis for the sequel, Rayman Legends, in this entry with its playful tone, silly yet charming humour, solid gameplay and beautiful artwork, truly using every pixel of the 2D environments to the gorgeous environment. Rayman Legends did what every great sequel should do, in amplifying the previous game’s strengths whilst adding new ideas to evolve the series, making it one of the finest and tightest platformers of the 2010s. Scratch that, it’s more simply one of the finest and tightest games of the 2010s.

As with its predecessor, we have a gorgeous visual style with additional experimentation. The game is split into five worlds all with variations on a theme. The opening world featuring battles in destroyed castles, a desert set with gigantic cakes and worms, even an underwater section with sentries and frogs to block your way, creating a luminous array of worlds and colours to blast through aided with a surprising degree of lighting. All this engrossing artwork is powered by Ubisoft’s UbiArt Framework engine, used extensively for the Rayman series as well as the brilliant fairytale-based tactical RPG Child Of Light and the critically well-received 2014 game Valiant Hearts: The Great War. All these games were able to take advantage of a versatile engine to create these worlds, yet Ubisoft has strangely done very little with it since the release of Valiant Hearts in 2014. Whilst Ubisoft CEO Yves Guillemot did indicate in an interview with IGN in 2019 that the engine is still being experimented with by the studio, it merely is finding use in mobile entries. Hopefully, we get to see another full console release utilizing the power of the engine.

The aforementioned variation in Rayman Legends’ world design and artwork extends further when it comes to the gameplay, which is beautifully fluid and rewards understanding the controls with incredibly efficient movement, both vertically and horizontally. Each stage is tremendously balanced, allowing the player to understand each stage’s signature enemies and threats, then scaling up the complexity as the player progresses through the world. Take the second world, Toad Story. Whilst this world lacks Randy Newman numbers, we see an example of introducing problems early in the form of sprouting thorny vines which force you in a specific direction. These continue all the way through to the final level in the world, which is very tightly build around these, yet all fair given what you have learnt. Devilishly simple ideas at play here make the platforming and success in later levels highly rewarding, building up the player’s confidence with the skills required, a quality emblematic of the finest platformers.

As with its predecessor, the game’s story takes on a highly comedic and whimsical tone, as is to be expected. Wizards are booted into space and into the backside of a constellation in the shape of a pig once you beat the dastardly wizards. Despite an obvious immaturity, the tone of the humour is consistent and all visual owing to the absence of dialogue, making it never feel obnoxious. One of the best parts of this tone is how it allows for some madcap ideas in the form of the game’s musical levels. Each stage ends with a final level in which all your jumps and attacks are set to a musical interlude of utter absurdity, whether it be a cover of Ram Jam’s Black Betty, an underwater marathon to the classic rockabilly song Woo Hoo, or even incredibly a mariachi version of Eye of the Tiger. Add to this 8-bit versions, and this ultimately shows how Rayman Legends refuses to let you be bored, grabbing your attention at every turn through its sights and sounds.

Ubisoft has even seen its potential to grab players, with the game available on every platform under the sun and probably above as well. Rayman Legends has shown the viability of Ubisoft’s mascot in the modern setting, how the character can continue forward. Yet we have no follow up, the most double-edged sword of all. On one rather cynical side, the fact there is no follow-up (again, besides mobile runners) hasn’t dampened the legacy of a true modern classic. However, if there is any game that is worthy of a follow-up, Rayman Legends truly deserves it.