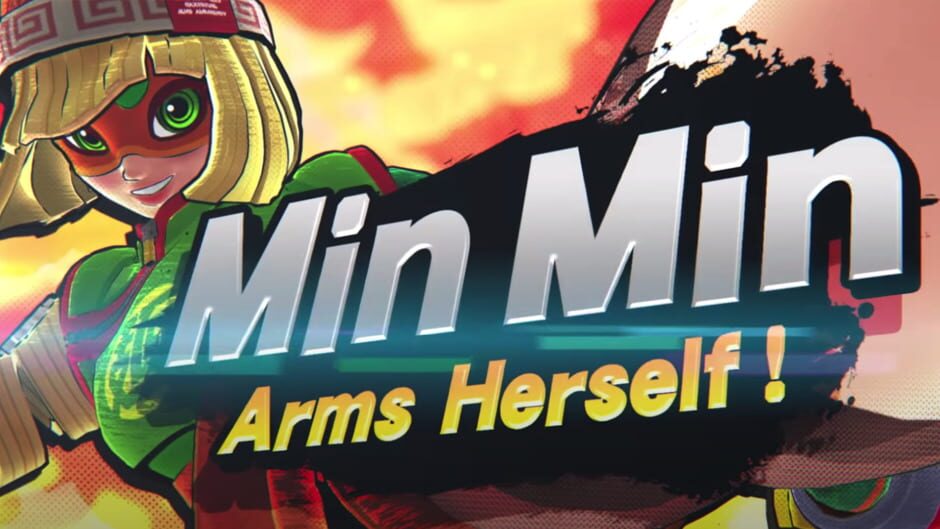 Back in February – when COVID-19 seemed like a minor problem – I sat here and wrote about Byleth, the protagonist of Fire Emblem: Three Houses and, at that time, the latest Super Smash Bros character. I remember wondering which six characters would emerge into the battle in the future, with Masahiro Sakurai promising that a character from the quirky boxing game ARMS was going to be the next feature. ARMS has plenty of characters, so there was a lot of speculation on which would be the next fighter. However, kicking off the Fighters Pass Vol. 2, ultimately, was Min Min, the Ramen Bomber.

For those who don’t know, ARMS is a game where you play as an eclectic group of boxers, all united by their spring-like arms that can extend to dramatic lengths to pummel their foes. Throughout the game, you can play mini-games, battle others online, or take part in a Street Fighter style world tour where you fight opponents as part of a tournament, to become the ARMS world champion (like Street Fighter, there are always villains like, Springtron and Dr Coyle, who you feel a little less guilty about beating up). Min Min is one of these fighters, who by day serves her customers ramen at the Mintendo Noodle House (pun intended, I hope), and by night serves her opponents knuckle sandwiches at 30 paces.

Any of the ARMS fighters could have been in Smash Bros, with Spring Man and Ribbon Girl at least appearing to be the obvious protagonists, but, according to Sakurai, the producer of ARMS specifically requested Min Min, saying that all of the characters in ARMS can be considered protagonists. When you work with other peoples’ games, as Sakurai often does in the creation of Super Smash Bros Ultimate, it is important to ensure you respect their creations, so the fact that Sakurai does this is truly heartwarming.

As for the way Min Min plays, her move-set is particularly versatile. Her ARMS can be swapped out by using the Down Special button, so you can swap out her gloves if the current combo is not working for you. Three ARMS are available. The Ramram can fire a burning chakram to extend the reach of your attack. The Megawatt, which looks a bit like a yellow sea mine, packs a heavy punch, but can also be electrified. The Dragon is shaped like, uh, a dragon, and can fire a burning laser at your opponent. The A (Attack) button always controls the left arm and the B (Special) button always controls the right arm.

Both Min Min’s neutral special and side special offer up a devastating punch, while the up special can propel her into the air using her ARMS, or extend the left ARM to grab onto ledges. Almost all of Min Min’s attacks use the ARMS, so you need to find a combo that suits you if you’re going to succeed with this character. Her Final Smash doesn’t disappoint either. ARMS Rush summons Spring Man, Ribbon Girl, Ninjara, Twintelle, Master Mummy and Mechanica to obliterate her opponent, before sending them flying off the screen in the usual fashion. Sounds great, but there are problems. Although the punches have amazing reach, the hit-boxes are quite small, so if you aren’t accurate, you can miss entirely, leaving you completely exposed. Also, ironically, given that she’s a boxer, Min Min can struggle at close range, not so much because of a lack of moves, but because her close quarters moves take time to recover from.

Still, overall Min Min is a fantastic character who is accompanied by a new arena, Spring Stadium, an impressive stage. This stage offers trampolines, allowing greater mobility and ARMS Drones, which carry items. Accompanying this is also new music, including remixes of the ARMS Main Theme as well as the theme of Min Min’s home stage, the Ramen Bowl, both of which are spectacular additions to the soundtrack.

A fresh raft of new Mii Fighter Costumes are also available, with the Ancient Armour from Breath of the Wild as a preorder bonus, Heihachi returning from Super Smash Bros 4, Callie and Marie coming in from Splatoon and Ninjara being brought in from ARMS (as a Ninjara main, I was pleased to see this, even if he isn’t a full character). The highlight for most, though, will be the introduction of Vault Boy, taking the form of a Mii Gunner representing the Fallout franchise. Mii Costumes in Ultimate have brought a significant number of new games into the franchise, without needing to create a new character to do so, which not only stands as a testament to Smash Bros’ popularity, but also speaks to a mutual respect among developers. Sans, Cuphead, Altaïr and now Vault Boy, all truly awesome additions to the Smash Family.

Five more characters are due for this second Fighters’ Pass, all presumably to be accompanied by new Mii costumes. A wide range of games have already been plumbed for characters, both those made by Nintendo and those made by third parties, highlighting how much potential the game’s remaining DLC has. I’m already excited for the next installment!

Check out more from Redbrick Gaming below: