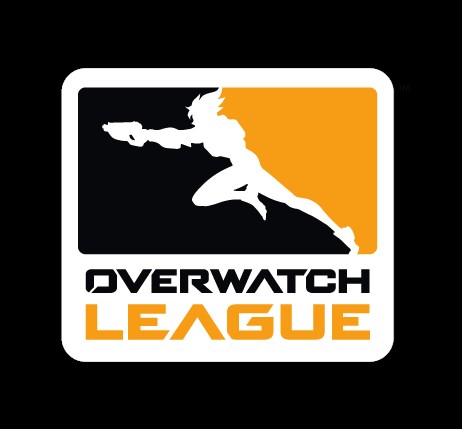 Written by Alex Green
A chemistry student, film fanatic and gamer. I tick all the geek boxes. Also loves a good waffle, whether it's the food or rambling about whatever.
Published at 12:00 on 5 June 2020
Images by Blizzard Entertainment

The Overwatch League has had an incredibly strange and yet exciting third season. The season started well despite a slightly controversial switch of broadcast partner, with this year’s games taking place exclusively on YouTube. Hero Pools have brought about changes in strategy, team composition and arguably a lack of consistency. This is all before the league had to cancel all the live ‘homestand’ events and relocate the competition online as a result of the coronavirus pandemic.

Despite all these barriers, the dedication of players, staff, commentators, analysts and the production staff in the face of an ever-changing environment and numerous technical challenges to overcome has resulted in the league becoming a welcome esports distraction during the pandemic. All this resulted in arguably the most exhilarating game in the league’s history on the 24th March.

First, some context. The Seoul Dynasty and Shanghai Dragons met in the final of a new tournament, the May Melee, with both teams competing in the Asian bracket. The final had plenty on the line, the winner getting additional wins in the overall league standings and the sweet allure of $40,000 in prize money.

When it comes to the teams, they both have very different pasts leading to the present. Seoul Dynasty have been a team in the middle of the pack over the first two seasons, both times finishing 8th in the overall standings and making the play-offs in season 2, only to lose in the winner’s bracket to the outrageously good Vancouver Titans, then being eliminated in the loser’s bracket by the pretty-in-pink Hangzhou Spark. This year’s team seeked to head in an upward trajectory, doing so by acquiring three players from the inaugural champions London Spitfire in the form of tank Gesture, support Bdosin and most importantly, the MVP of the season 1 grand finals Profit. However, despite these strong acquisitions, they sat at a record of 4-4 and as a 7th seed going into the May Melee. Yet their raw talent seemed to shine in a tournament setting, sweeping aside the Hangzhou Spark 3-0 and then somewhat surprisingly besting the 1st seed Guangzhou Charge 3-2. This is a team ready to play a final and looking good.

That said, their opponents are enjoying a season as one of the top teams in the whole league. The previous sentence would be a laughable prediction in 2018 when the Shanghai Dragons famously lost all 40 games. Since then, the team has undergone wholesale changes and improvements, reaching a milestone of winning last season’s stage 3 finals in a sign of their continued growth as a team. This season, the Dragons have furthered that rise by posting a record of 11-2, impressive enough to earn them the second seed for the May Melee. They took a similarly inconsistent path to the final, gritting through a five game series with the London Spitfire before utterly demolishing the New York Excelsior 3-0 in just over an hour in the semi-finals.

Speaking of similarities, one crucial piece of shared history is in the form of Shanghai’s damage wizard Fleta. The versatile DPS player went into the final on form as one of the league’s best as the latest character added to the game, Echo. The Seoul Dynasty are very much familiar with the man’s talents as he played for the team in the first two seasons before being signed by the Dragons before the start of this season. He has been a crucial part of this squad full of versatility and tactical astuteness, particularly in the form of tank players Fearless and Void, as well as the excellent Izayaki as a key support player. Fair to say this final was looking to be an exciting and competitive clash.

What followed was one of the best games the Overwatch League has ever seen. Before play started, Shanghai made two interesting changes to their starting lineup from their 3-0 demolishment of the New York Excelsior, taking out Fearless and Izayaki and replacing with Stand1 and Luffy respectively. This may have been to enable bunker compositions with the heroes Orisa and Baptiste more effectively. Perhaps replacing Fearless and Izayaki who had played earlier in the day could disrupt Seoul’s scouting. Despite Shanghai’s best intentions, the team looked out-of-sorts and a shadow of the squad that played earlier in the day and Seoul took advantage, controlling the first three maps with ruthless execution of great team play to jump out to a 3-0 lead in the best-of-seven series, including a particular painful second map on Blizzard World in which Shanghai lost the map by themselves by leaving the payload they needed to escort and causing time to expire. Within the domination and self-inflicted losses, the Dragons looked totally out of it. However, as commentator Brennon ‘Bren’ Hook pointed out on commentary after map two, “The real test for top teams is being able to rebound after a defeat like that”. Shanghai would rebound.

It started with substitutions. On map four, Shanghai would turn to the line-up from earlier in the day, bringing back in Fearless for Stand1 joining the fray. What followed was an excellent defence on Watchpoint: Gibraltar through some excellent play from Lip as hacking hero Sombra and excellent deployment of ultimate abilities. This would also be the point that Fleta would emerge in this series as Echo, with an incredible level of sustainability on show. From their win on map four came momentum carried through to take map five through incredible understanding of the classic dive composition, with Fleta outputting plenty of damage as the game’s flagship hero Tracer and Izayaki employing the antinades and sleep darts of support hero Ana with aplomb to counter Profit, preventing the Dynasty from getting a foothold through taking out their backlines. Suddenly, the pipedream of Shanghai winning four maps in a row to win the final became feasible.

What followed was a pivotal and hard-fought map six on King’s Row. Shanghai would attack first and take all three points through Lip’s brilliance on Sombra and Fearless dominating the front-line space as tanky scientist Winston. The offence was impressive but Seoul awoke from their previous stupor, looking to halt the Dragons’ momentum. In spite of Fleta’s continuous eliminations and Fearless even juggling Seoul support player Bdosin, Gesture’s tank play with fellow tank player Marve1 was enough to get Seoul across the first two points. Yet once again, Shanghai would survive through some of incredible clutch plays, in particular with Fleta scoring 4 quickfire eliminations as sniper Widowmaker as Seoul came inches from taking the third point, allowing the Dragons to stabilise and win map six.

So it would come down to a final map seven, with Seoul looking stronger in a tight map six. What occurred was a map seven of truly high-level Overwatch, with Seoul beginning on offence on Junkertown. In spite of Fleta’s brilliance and strong defence, the Dynasty would come through with Profit’s stellar play as Tracer and excellent support play by Tobi to take all three points. Shanghai would respond in kind with three points of their own, including an excellent use of Winston’s ultimate by Fearless to take the second point and in spite of Fits’ beautiful flanking play on the first point. It led to additional attacks for each team, with the Dragons doing better to complete the impossible and achieve the unbelievable by completing the reverse sweep and winning the series 4-3.

The map was emblematic of the Dragons progression and a story of redemption for a team on the precipice of falling short of their destined win. Whilst Seoul brought their A-game, they ultimately crumbled through the Dragons stellar team play and mental fortitude and most importantly, the incredible games of Fearless, Fleta and Izayaki. For Fleta in particular, it was a game that indicated his upward trajectory as one of the best damage players in the league and a game that would have the Dynasty potentially regretting him go.

Regardless of that, this game was a story of a team who have ascended from the bottom to the very top. The Shanghai Dragons are a far cry from that team that took 43 games to win one, they are truly one of the top teams in the league and displayed the difference between themselves and a good team in the Seoul Dynasty. In terms of excitement, quality and pure history, this game will be remembered as a tentpole of what the Overwatch League is at its best.

Check out more articles from Redbrick Gaming below: