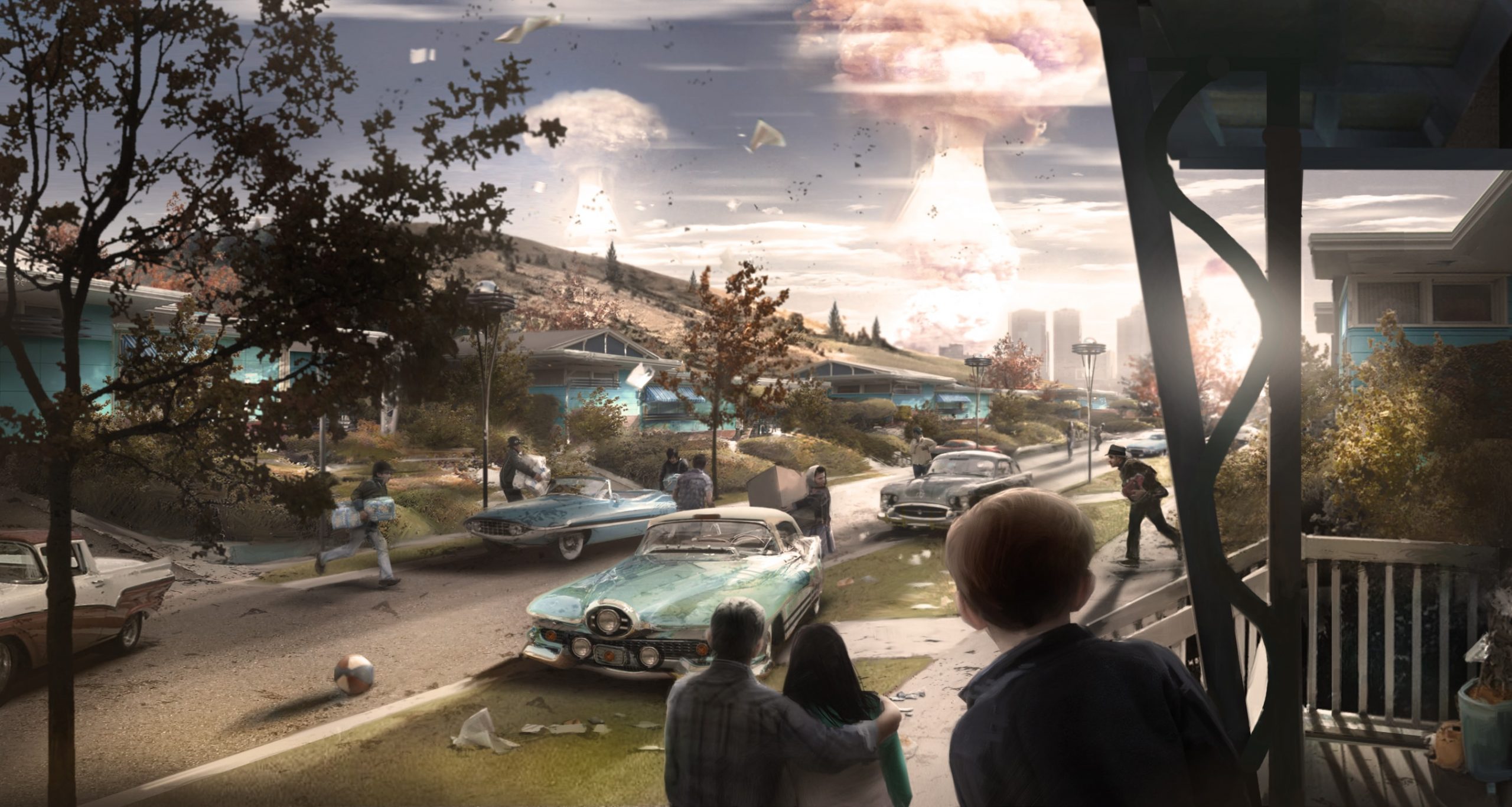 Microsoft raised eyebrows with the $7.5 billion acquisition of ZeniMax Media Inc., parent company to Bethesda, but is this trend good for the industry?

Microsoft (That’s for the SEO). Now we can proceed.

It is with a heavy heart that I admit that I am a supporter of the confusingly east-London based football club, West Ham United. Though we are in the premier league of English football, not so confusingly known as the English Premier League, I wouldn’t say they are a very good team.

This statement would frequently upset me as a child (as an adult, I have simply grown used to being let down) when we would travel to my grandparents’ farm to watch the match (because they had Sky and we didn’t). However, after one particular defeat, my granddad, a man named Sidney who had many questionable views that I do not endorse, imparted to me what may be the best advice I’ve ever had in my life. “There’s no point caring about anyone who wouldn’t come to your birthday party,” he said.

What this anecdote leads me to is Microsoft’s $7.5 billion takeover of Zenimax Media, the parent company of Bethesda Softworks (Fallout), Arkane Studios (Prey, Dishonored) and id Software (Doom). It’s a move that shocked the gaming world: Eurogamer called it “monumental”; IGN likened the announcement to a “bombshell”; my mum said “Wow,” when I told her. It really is impossible to overstate the size of this announcement.

Within hours, there were legions of people taking to social media to demand that PlayStation counteract this major corporate shake-up. There were calls for Sony to buy everything from SEGA (Sonic) to Konami (Silent Hill) to Capcom (Resident Evil).

Yet, the thing about corporations is they aren’t football clubs. $7.5 billion, also known as seven billion five hundred million dollars, also also known as 7,500,000,000 dollars, spent on the acquisition of a business is not a hard fought one-nil win on a Wednesday night in Burnley. I’m aghast at the sheer amount of people who seem willing to monopolise the gaming industry, all so that “they” can “win” some non-existent “console war” … and maybe get a good Sonic game.

Here’s my argument. For starters, these takeovers aren’t typically good for consumers. PlayStation’s attitude towards exclusives may have been successful for them from a business perspective, but unless you’re a stakeholder, this isn’t something that’s going to benefit you. Instead, this has meant that a number of this generation’s best games have been locked behind exclusivity and unavailable to those who owned an Xbox and couldn’t fiscally justify owning a second console (yes, these people exist!).

Once this acquisition goes through, Microsoft, a single company, will own Halo, Fallout, The Elder Scrolls, Minecraft, Hellblade, Doom, The Outer Worlds and more. Until now, most Xbox games have crossed the digital No Man’s Land onto competitors’ consoles. Who is to say that this new roster of games won’t inspire Microsoft to pick up their digital ball and go home, making future Bethesda titles such as Starfield or The Elder Scrolls 6 leaving the gaming industry fractured, in terms of who can play what on what.

And, it’s looking likely this will be the case. In an interview with Kotaku, Phil Spencer mentioned that Xbox aren’t feeling any pressure to put Bethesda games on other consoles in order to recoup some of that $7.5 billion.

This deal was not done to take games away from another player base like that. […] But I’ll also say in the model—I’m just answering directly the question that you had—when I think about where people are going to be playing and the number of devices that we had, and we have xCloud and PC and Game Pass and our console base, I don’t have to go ship those games on any other platform other than the platforms that we support in order to kind of make the deal work for us. Whatever that means. Monopolisation and the increased cost that exclusivity enables is an issue that is going to become even more pressing as PlayStation are raising the prices of the standard editions of some of their exclusive games to £70. As these games are exclusively on PlayStation, there is no way to avoid this price hike. We are beginning to see how gaming as a monopoly might not be as fun as people seem to think that it will be.

Moreover, it’s not just players that will be at the mercy of the hand that feeds them: takeovers put constraints on a studio’s creative capacity. We see these restrictions in EA’s tentpole acquisitions: Maxis (The Sims) and BioWare (Dragon Age, Mass Effect). The former is currently dealing with issues surrounding The Sims 4’s Star Wars themed expansion pack “Journey to Batuu”. The problem with the pack was that, for many fans, it felt like a commercial decision from EA rather than a creative expansion from Maxis and The Sims Studio themselves. The latter are facing a problem at the other end of the spectrum, after being given relatively free rein but failing to deliver any (recent) big successes, there has been rampant speculation about whether BioWare could be permanently shuttered by EA.

The idea that a studio with as storied a history as BioWare could be shuttered because they didn’t please their parent company is incredibly worrying. Though EA are not Microsoft or Sony, evidently, they aren’t the only with anecdotes like these. One more example: Microsoft’s ownership has been cited as the reason for Rare’s fall from their ‘90s grace. If we see these two big studios beginning to put the brakes on when their properties aren’t returning on their investment, we might stand to lose some great studios. The idea that people want to see more and more studios become dependent on larger corporations is baffling. Players benefit from studios retaining their autonomy, their control over IPs and their freedom to ship their games on any console.

And finally, there’s just an undeniable sense of frivolity with these accusations. Seven point five billion dollars. For what? To get bigger? Ask yourself why Microsoft needed to spend 12.5 times what the state of Michigan is expected to split between victims of the Flint water crisis ($600 million), in order to obtain Zenimax. It’s needless. It’s harmful for the industry and its workers who just become smaller underpaid players in the world’s least subtle pyramid scheme. And, it’s harmful for you, the consumer who won’t benefit from this acquisition in anywhere close to a way that fits the gross expenditure that could have gone toward literally anything else.

Corporations don’t deserve your undying loyalty. Trust me, Phil Spencer is not going to come to your birthday party. Keep your workout going with more from Redbrick Gaming here: