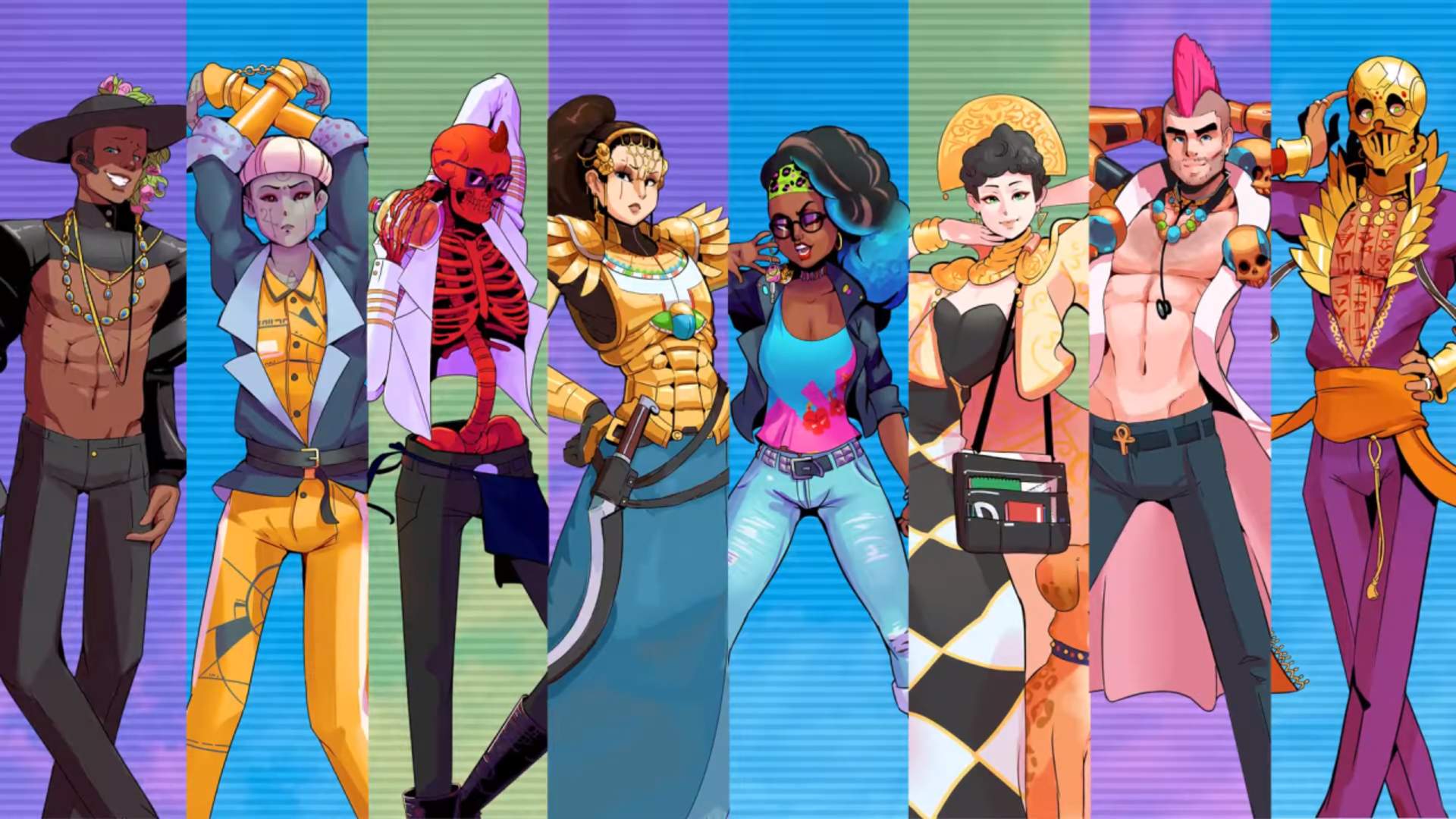 Tom dusts off his deer stalker for a go at Paradise Killer, the open world murder mystery from Kaizen Game works. Will it be a Paradise thriller?

Arthur Conan Doyle once said that ‘life is infinitely stranger than anything which the mind of man could invent.’ This is a man who has clearly never played Paradise Killer, the new murder mystery from developer Kaizen Game Works and publisher Fellow Traveller, because that game is bloody, unabashed and brilliantly crafted mayhem.

In this open world investigation, you play as Lady Love Dies, the ‘investigation freak,’ called back from a three-million-day exile to investigate the brutal killings of The Council. Until their brutal and untimely demise, The Council oversaw the birth, death and re-birth of Paradise as part of a mission at the whim of a pantheon of Gods. Each birth and death of an island requires the slaughter of thousands of humans that cannot move on to the next island. (Still with me?) The story takes place at the end of the 24th iteration of Paradise, but with The Council dead, number 25 will have to be the last. As Love Dies, you are tasked with finding the truth, making reparations for your own crimes of being deceived by a God and causing the downfall of island 13. With the birth of the ‘perfect’ island number 25 on the horizon, a failure to catch the Paradise Killer could mean that the 25th, and last, island may fail as well.

If that isn’t ‘infinitely stranger’ than life I don’t know what is. Suck it, Arthur.

One thing Doyle was right about however, and it is something Paradise Killer exposes with brutal efficiency, is that ‘there is nothing more deceptive than an obvious fact’. It’s the idea that something may be so obviously and empirically true that the only evidence that can yet deceive you is your own doubt. During my investigation I lost count of the number of times I could have sworn to have obtained evidence or knowledge that had characters dead-to-rights.

And yet, when I would present these characters with the evidence or knowledge, all it took was the simplest of denial and then a seed of doubt was sown. I believe that it’s this that fuels Paradise Killer’s investigation loop: investigate, obtain, accuse, deny. Each denial drove me to seek further affirmation on facts that were so obviously true. Moreover, it helps that each and every element of the game’s world building is directed at making you feel as though your footing is unstable at best. This facet is achieved most effectively in the writing of Paradise Killer. Every line is cryptic in such a way that you have no idea if the characters are spouting poetic nonsense or weaving a trail of delphic intimation. When you add in a tangled extramundane backstory, admittedly-sick-but-nonetheless-confusing names like Doom Jazz and One Last Kiss, and a protagonist who has been exiled for over 8000 years, you get a narrative that keeps you in a suspended sense of curiosity.

The visual design of the game’s cast of suspects follows this bizarre decree. At Christmas, when all my extended family would get together and myself and all my cousins would find ourselves at a ‘kids table,’ we’d play a game where we each had a sheet of paper on which we’d draw the head of a monster. After this, we’d fold the paper and pass it along. We’d then draw the body, legs and feet in the same way before unfurling the paper to feel the mess we made.

The characters in Paradise Killer looks as though they have been designed using this method (albeit drawn much better) and befitted with a range of nonsensical poses that would make Hirohiko Araki see stars. I don’t mean to do the games character design a disservice, however. I simply mean that each character is so colourful and brimming with unique personality that, despite the game’s furious chaos, you have no trouble keeping track of who is who.

The world, too, exists in its own strange limbo. For a paradise of immortal beings, it is strangely unbeautiful. This isn’t a feature of the Switch’s 720p screen either, but an element of its design. Far from the pristine expectation of paradise, the 24th Island, is elegantly mundane: concrete apartments, factories and farms. The island is vast and yet dense with relics and clues in a manner that positively calls out for you to explore it to your heart’s content.

And explore you will. Paradise Killer is effective at weaponizing the curiosity it has instilled within you. When playing a detective game you’re driven by a desire to obtain as much information as possible so that you can come to as informed a deduction as possible. There is a deftly manufactured conflict between the games’ central form of currency, known as ‘blood crystals’ which must be discovered around the island, and the wealth of opportunities you have to spend them. You’re very quickly forced to reckon with the notion that you might not be able to afford all the information. I found myself having to choose between spending my crystals on secrets, in vending machines that could potentially score me an upgrade for my faithful starlight (a little machine that looks like one of the old chunky Nintendo DSs but serves as your Watson), or at spas that could net me a new – and in retrospect, mightily helpful – ability like a double jump. In the end this is a shrewdness that manifested in my interrogations, too.

I began to wonder whether, like my blood crystals, I should be preserving my own personal intellectual currency. Paradise Killer lets you choose when you enter into the final trials that will decide who is guilty. I was never quite sure if my openness with the suspects would come back to bite me, or if it would be worth keeping schtum on certain developments, in lieu of some prospective judicial slam dunk when it comes to trial. Did I manage to hold off telling people everything? No. I’m a glutton for drama and it continues to serve me poorly.

With so much to wrap your head around it’s a good thing that Paradise Killer comes with one of the best OSTs released this year. With this soundtrack, composer Epoch has created a beautifully vibey collection of synthwave bops. It’s packed to the brim with Rhodes and trumpets and faders those cool 80’s drums that have a bunch of white noise attached and go ‘djoodjoo djoodjoo djoodjoo djoodjoo’… Okay, while it’s clear I’m no expert on music, it really is worth saying that Paradise Killer’s OST is a perfect mixer for the game’s low-poly, vaporwave infused flavour.

In my personal opinion, Paradise Killer is this year’s Disco Elysium. An ambitious yet expertly put together murder mystery from a totally unknown studio that rocks the gaming world and represents all that AAA games stand to lose with their investment in graphics over narrative. It is an obvious fact, however, that this game is a must-play, especially for fans of the genre, and one that no doubt or admittedly-sick-but-nonetheless-confusingly named god could deceive me away from. Like this? Take a look at what Redbrick Gaming have to offer here: