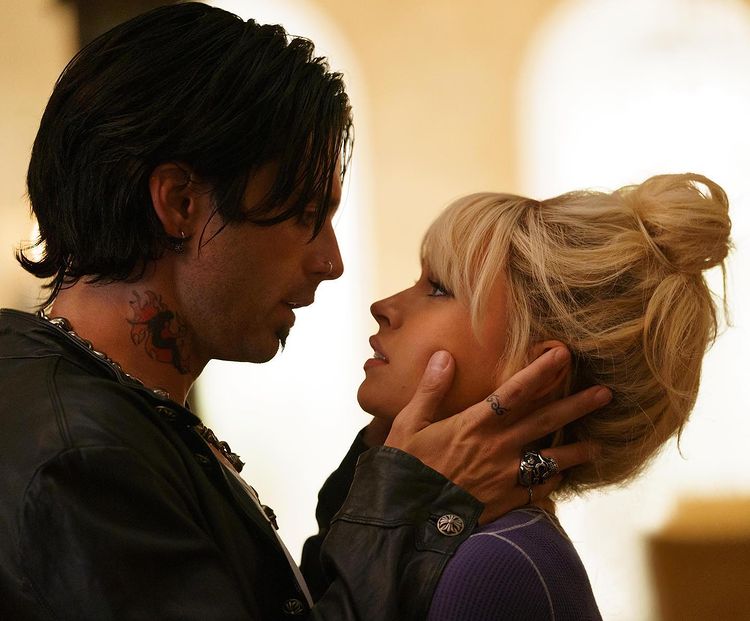 Pam and Tommy: The Scandal That Changed Celebrity Culture

Following the release of series Pam and Tommy, Life&Style Writer Marina Ley reflects on the shift in public perception of celebrities’ expectation of privacy

Written by marinalirialey
Published at 09:00 on 3 May 2022
Images by @pamandtommyonhulu on Instagram

Bleached blonde hair and hand me down red swimsuit? Must be a Pam Anderson wannabe. Anderson is everyone’s new 90s style icon after binge-watching Disney+’s Pam & Tommy. The series fronted by Lily James and Sebastian Stan follows the newlyweds as they meet, get married after 4 days and deal with the aftermath of their sex tape being stolen and leaked. The guilty pleasure I derived from the series confirmed my suspicions that I’m just not a very good feminist (Fleabag gets it). I ate up every single episode following the scandal that rocked celebrity culture whilst sitting with the uncomfortable knowledge that Anderson herself did not consent to the making of the show, which has resurfaced old wounds to cause fresh pain for her.

Pamela Anderson and Tommy Lee’s stolen sex-tape scandal kickstarted the voyeuristic, exposure-fuelled, celebrity culture that we know (and hate to love) today, all through no fault of their own. We are now constantly bombarded with celebrity gossip and paparazzi shots that range from the seemingly less intrusive material to the more shameless headlines and images (Daily Mail’s Sidebar of Shame is a low point in the British media’s career). Needless to say, the increasing influence of the internet and social media has fuelled the fire of this intrusive celebrity culture.

We are always just a few mindless clicks away from accessing celebrities’ most intimate moments. The internet becomes a curated museum, dedicated to displaying a myriad of images from celebrities’ family life, bleary-eyed stumbling’s out of taxis to their leaked nudes or sex tapes, all thanks to the fast-paced production line that is the internet. It has almost become the pop culture starter pack, the comforting conversation opener for our generation to bond over whether you’ve seen Kim K’s sex tape or if you found Justin Bieber’s nude photos. The nature of the internet facilitates this– the more we get, the more we want, and the more entitled we become to the newest scoop.

But imagine, you had to break into each and every one of these celebrities’ homes to watch them in their most intimate moments instead of the instant gratification provided by, yours faithfully, the internet. When you look at it like that, we begin to see it for what it is: a breaking and entering, a theft, an invasion into peoples’ lives. If we wouldn’t expect celebrities to perform their most personal moments for us in person, why are we so complacent to hide our voyeurism behind a screen?

Perhaps unsurprisingly, female celebrities have been disproportionately affected by this culture of gratuitous expectation. The leaking of Pamela Anderson and Tommy Lee’s sex tape was the first of its kind to gain so much traction and hysteria. Pushed as Pamela’s ‘Sex Video,’ the internet provided its (predominantly male) audience with the latest tool to facilitate age-old slut-shaming narratives. The internet did what the Romans were doing centuries ago when they dress coded women based on their sexual promiscuity or what nineteenth-century male psychologists were doing when diagnosing sexually active women with hysteria and mental perversion, only this time, rebranded in a shiny new age of chunky PCs and CD ROMS. With such a violation, Pamela is stripped of the autonomy of her own body and sexuality. Instead, the tape’s sellers and buyers claim a sense of possession over her body that Anderson herself is ripped away from every time the video is consumed. It is confusing that on the one hand, women are constantly being subjected to objectification, hyper-sexualisation and unwanted attention, yet when a woman embraces her sexuality for her own liberation and on her own terms, it is received with conflicting feelings of excitement yet discomfort from observers, translated into the shaming and ostracising of women.

Nepotism: Is Relatability the Key to Deservedness?

Lessons from ‘All Too Well’: Power Imbalances in Age Gap Relationships