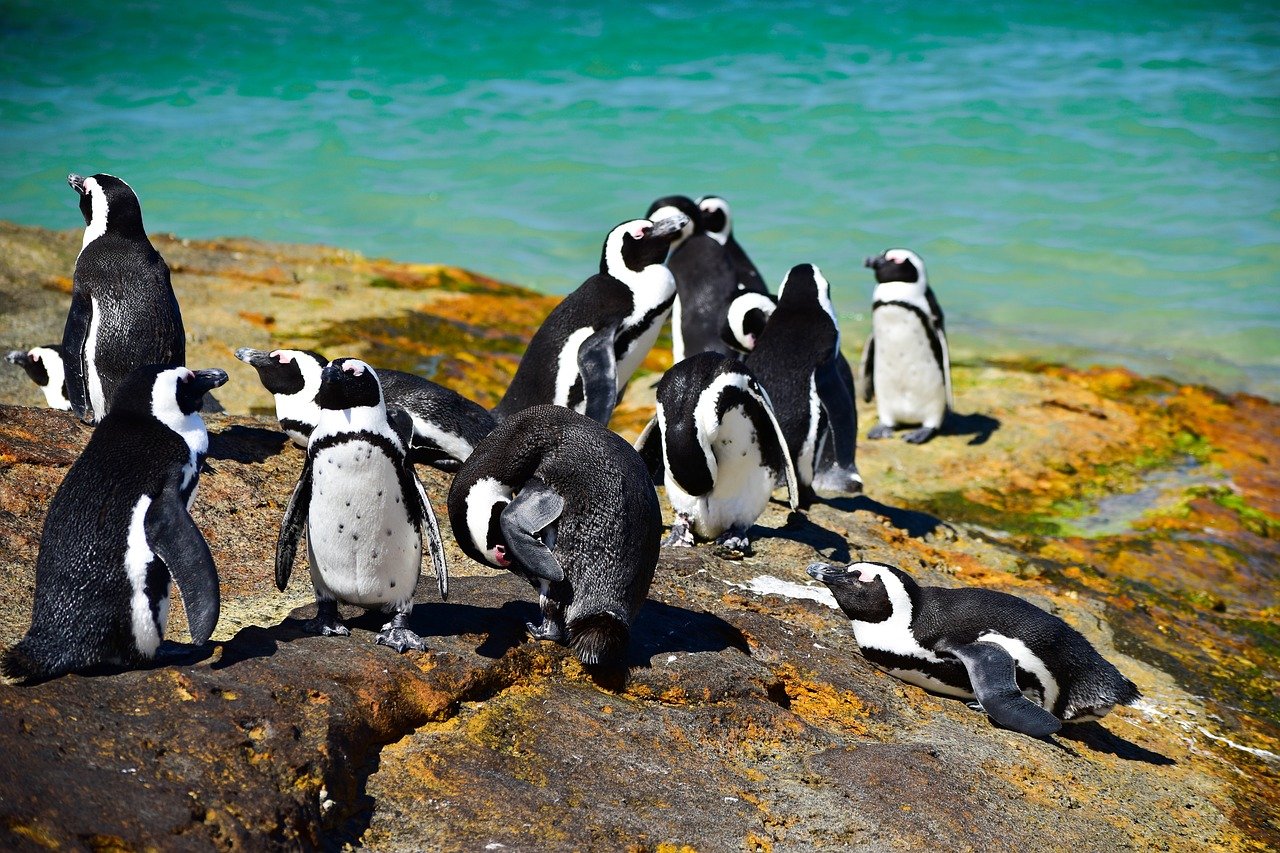 At least 63 penguins are thought to have died as a result of bee stings following an extremely rare incident in South Africa. The endangered African penguins were found dead on Boulders Beach near Simon’s Town, a suburb of Cape Town. The remains of several Cape honey bees were found near the scene. The incident was reported in a statement released by South Africa’s national parks agency (SANParks) in September.

Post-mortem examinations of the penguins were carried out by the Southern African Foundation for the Conservation of Coastal Birds (SANCCOB). The post-mortems revealed that all of the birds had experienced multiple bee stings and that there were no other apparent signs of disease or injury. African penguins have a distinct patch of bare skin above their eyes which allows them to regulate their body temperature. Many of the stings were identified to be around the bird’s eyes as well as on their flippers.

SANCCOB stated that its rangers would begin monitoring nests which had belonged to the penguins with the hope of rescuing and hand-rearing any of their unhatched eggs and chicks. A spokesperson from the foundation said that losing more than 60 healthy birds was ‘quite a blow’ for the Boulders Beach colony. The protected colony, which was established in the early 1980s, was recently estimated to be home to around 3,000 African penguins.

Cape honey bees, like other types of honey bee, have a barbed stinger – this causes the bee to die after using its sting. Dr Alison Kock, a marine biologist at SANParks, explained that bees and penguins are normally able to co-exist, and that something would have triggered the bees to become defensive: ‘The bees don’t sting unless provoked – we are working on the assumption that a nest or hive in the area was disturbed and caused a mass of bees to flee the nest, swarm and became aggressive.’

Christian Perk, professor of entomology at the University of Pretoria and an expert in Cape honey bee behaviour, told the BBC World Service’s Newshour programme that he was surprised by the scale of the incident and suggested that human activity in the area may have caused the bees to become more hostile.

African penguins (Spheniscus demersus) are the only penguin species living on the south-western coast of Africa. The birds are mostly found in large colonies along the rocky stretch of coastline between Namibia and Port Elizabeth in South Africa, as well as many of the surrounding small islands. The International Union for Conservation of Nature (IUCN) Red List has classified African penguins as an endangered species since 2010. The population of the birds is thought to be declining rapidly, mainly due to increasing competition for food with industrial fisheries. Estimates suggest that the number of African penguins has fallen from around 80,000 breeding pairs in 1978 to only 21,000 breeding pairs today, a decrease of more than 70%.

Want to read more on the world’s animals? Check out these articles below!