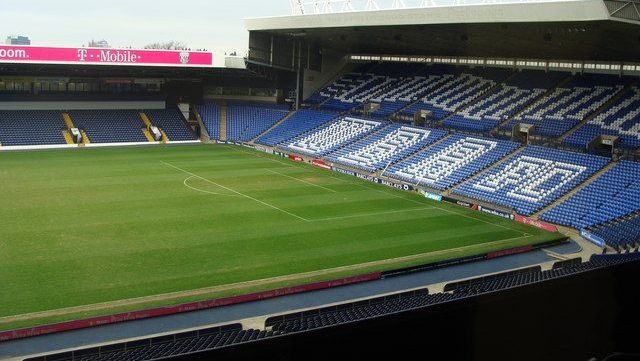 Written by Ben Wooldridge
Published at 11:00 on 14 October 2021
Images by Wikimedia Commons/Ruth Sharville

Following the international break, West Brom and Birmingham City will resume their Championship campaigns in a West Midlands derby at the Hawthorns this Friday. The hosts will be looking to overtake AFC Bournemouth and reclaim top spot, whilst the visitors will hope to end their winless run of five games.

Following the appointment of Valerian Ismael in June, the Baggies went on an impressive ten-match unbeaten run in the league. However, they faced a minor setback with a 1-0 defeat to Stoke City in their last game before the break. The West Brom manager stated in a post-match interview with BBC Radio West Midlands that his side were simply ‘not good enough’ and must ‘recover and prepare for the next game’, underlining the importance of bouncing back on their return to the Black Country.

Birmingham City began the season positively, positioned in eighth place after five games. Since then, they have plummeted to seventeenth, facing heavy defeats on several occasions; the latest of which came in their last outing, a 3-0 home loss to Nottingham Forest. Blues manager, Lee Bowyer, was furious with his team’s performance during his post-match interview with BBC WM 95.6, with ‘something’s going to change’ the standout message. However, their fixture list is not straightforward with visits to second place West Brom and seventh place Huddersfield Town in their next two contests.

During their visit to the Bet365 Stadium, West Brom key player, Alex Mowatt, picked up an injury to his left foot, making him a doubt for this Friday’s clash. However, the host’s squad will be bolstered by the potential availability of Robert Snodgrass and Matt Clarke, having both returned to training over the international break.

Birmingham City will once again be without Neil Etheridge and Ivan Sanchez, who have been unavailable for the whole league season so far. Etheridge has recently spoken about his life threatening COVID-19 illness and is still on the road to recovery. However, following a three game suspension, Blues will welcome the return of Gary Gardener, who has made seven appearances in their league campaign so far.

The Baggies free-scoring style  has been showcased on multiple occasions this season, with club top-scorer Karlan Grant netting four times so far. The striker, who left Huddersfield Town for a fee of £14.85 million before the 2020/21 season, has also contributed creatively, with two assists and twelve chances created in ten starts for the Baggies. Grant will have the opportunity to extend his scoring tally against a weak Birmingham defence, who have conceded twelve goals in their past five games.

Despite being one of the lowest scoring sides in the league, the visitors have looked promising going forward, with left-midfielder Jérémie Bela a standout player. The Angolan international has created the most chances in the Championship this season, with a total of twenty-seven, however he will be relying on his teammates to help increase his current assist tally of two.

West Brom vs Birmingham City will be broadcast live on Sky Sports Football on Friday 15th October, with kick-off at 20:00.