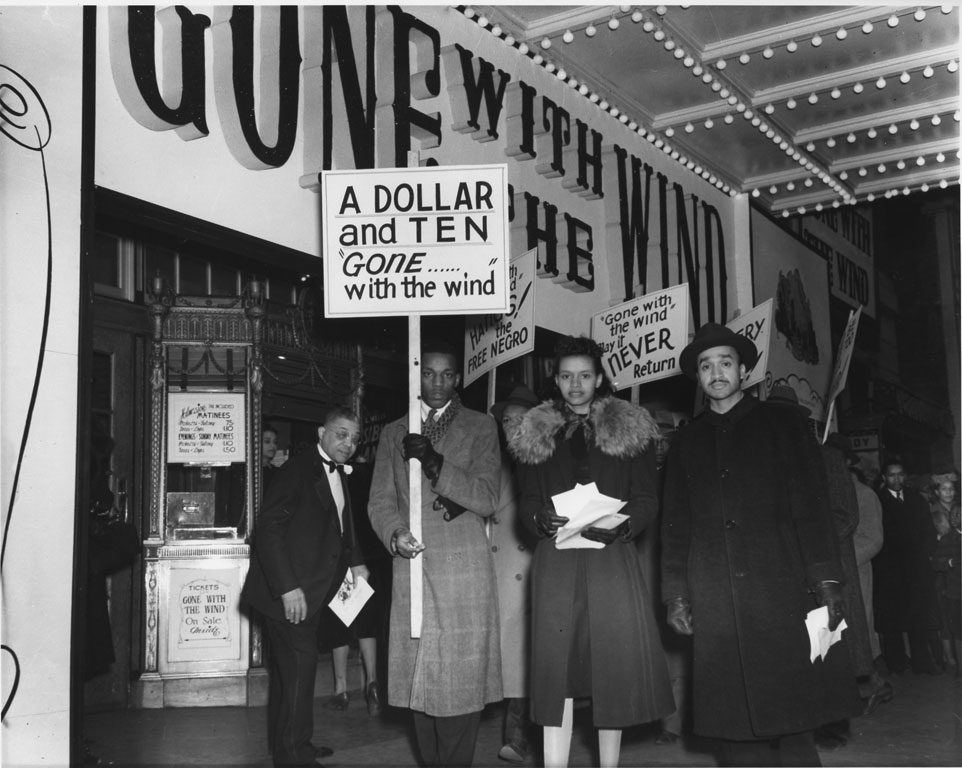 Racism in Popular Culture: Has it Gone with the Wind?

Culture’s Harpal Khambay explains the controversy around Gone With the Wind, as well as other racist depictions of black people in popular culture, discussing whether it is right to remove these for good

Gone with the Wind’s removal from HBO Max prompted a streaming service culling, as many shows with racist undertones are being removed. This has caused a mixed reaction, with some saying these shows are no longer appropriate for a modern audience, and others arguing they are part of our culture and can’t be erased.

1939’s Gone with the Wind is based on Margaret Mitchell’s 1936 novel of the same name. The novel was popular upon its release, being America’s second favourite book in America behind the Bible. The novel, and film, came at a time following the Great Depression, and in the midst of Franklin D. Roosevelt’s implementation of his New Deal. These were a set of programs and reforms intended to help America out of the Great Depression, especially black Americans. Even at this time, white people in the South, where slavery had been previously advocated, spoke out against Roosevelt’s government spending.

The obvious reasons to criticise the film are for is its portrayal of slavery. The film follows the wealthy O’Hara family who live in Atlanta on their plantation, Tara. Tara, and the deep South, is heavily romanticised, and the slaves, such as black nurse Mammy (Hattie McDaniel) are shown to live happy, content lives. When the slaves are freed, by Lincoln’s Emancipation Proclamation in 1863, the slaves refuse to leave Tara. The disruption caused by the freeing of the slaves prompts characters to conclude that black people were better off as slaves.

This was reinforced in the film by the stereotypical portrayal of black characters, such as maid Prissy (Butterfly McQueen), who was squeamish and fickle. Malcolm X criticised this character particularly, saying he felt like ‘crawling under a rug’ whenever the character came on. This reinforced the characters, and the audience’s views, that life was better when black people were still under the control of the state. These sentiments echoed the real-life conflict caused by the New Deal, demonstrating that, like the film, racial equality was a fair distance away.

These criticisms are often overshadowed by the praise the film has been awarded since its release, especially for its technical achievements. The film was one of the first Hollywood films to be produced in Technicolour, a pioneering series of colour motion picture processes, a development which complimented Walter Plunkett’s vibrant costume design. The film also remains the highest grossing film of all time, when adjusted for inflation.

The film is also known for the personal achievements of the cast. The focus of the film is the love story between Scarlett O’Hara (Vivien Leigh) and Rhett Butler (Clark Gable), who both offer powerful performances in bringing to life two of America’s most beloved characters. Gable himself took up a personal fight against the segregation of facilities on set. He flatly told director Victor Fleming that if the desegregation signs did not come down, ‘you won’t get your Rhett Butler.’ The set was promptly desegregated. Gable also threatened to boycott the film’s segregated premiere in Atlanta, Georgia, upon hearing that McDaniel and McQueen could not attend. McDaniel persuaded him to go, however.

Leigh won an Oscar for her role as did McDaniel, making the latter the first black woman to be nominated for, and win, an Oscar at a segregated ceremony. HBO Max removed the film on McDaniel’s birthday, appearing to forget the magnitude and significance of her achievement. McDaniel herself, however, was not beyond criticism. Walter White, leader of the National Association of the Advancement of Coloured People (NAACP), a civil rights organisation, took issue with her performance at the time. He accused McDaniel of portraying a simple, stereotypical black character, prompting her to reply that she would ‘rather make seven hundred dollars a week playing a maid than seven dollars being one.’ Should the role that she played be weighed against her achievement? If so, which one should have more significance?

The film should be celebrated for what it does well, particularly for McDaniel’s accomplishment. It also acts as a time capsule, due to the historic attitudes that it encapsulates and how it contributed to the wider development of cinema. Its racism should be recognised, but does this mean permanently removing the film? Should racist depictions be judged by the times in which they were created, or by today’s standard? It is a debate that is sure to continue.

How should more recent programs that have been pulled from streaming services, such as Little Britain be treated? It seems that racist depictions still dominate mainstream culture. The main issue here is the use of blackface, and although in the show it is used to satirise black people, historically it was used to mock black people through the perpetuation of black stereotypes. Even if the show did not intend to be racist, they still used, and associated, with a type of make-up that was conceived to be racist and derogatory. It has been argued that people shouldn’t take offence to the program, as it was intended to satirise Britain and depict all kinds of people. Britbox itself stated that ‘times have changed’ since the series aired, but is this not true of Gone with the Wind also?

The flip side of this are films like White Chicks, which some Caucasians have condemned as being racist to white people. This appears as more of a backlash to the removal of Little Britain, but poses the question as to where this will all stop. Fawlty Towers actor John Cleese was certainly unimpressed by the temporary removal of one of the show’s episodes, stating that one way to make fun of human behaviour is to ‘attack it directly.’ The latest show that came come under fire, but will remain on iPlayer, is Gavin and Stacey, which has been called out for being ‘misogynistic, racist, homophobic and guilty of fat shaming.’ I was surprised to see a program so beloved criticised like this.

Is it possible to enjoy something without agreeing to its portrayal of everything? It can’t be said that all people who enjoy Gone with the Wind, Little Britain or Fawlty Towers are racist. Popular culture does reflect ourselves and the past back to us, and sometimes satirises it also. It is definitely a positive step for offensive portrayals to be recognised and preceded by a warning, that such portrayals are no longer acceptable in today’s society.

Want culture recommendations that are anti-racist?