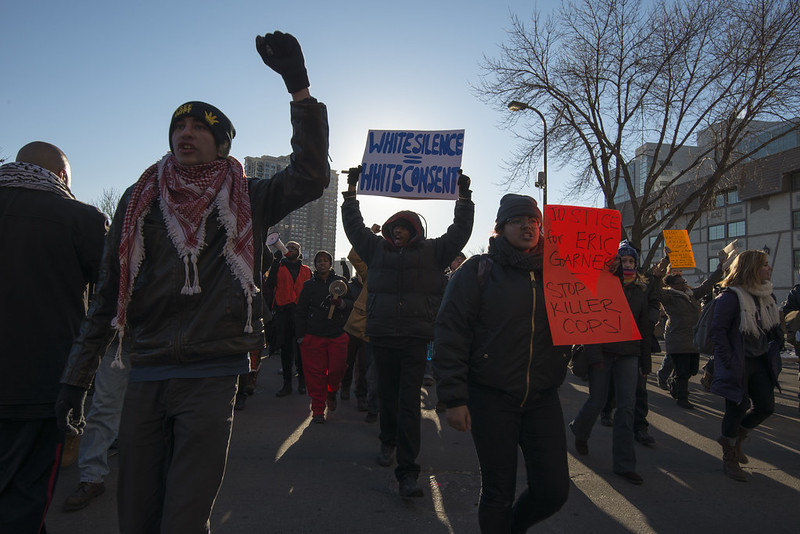 Redbrick Writers pick TV shows, from documentary to fantasy, that give you a greater understanding of Black Lives Matter, systemic racism and white privilege

13th details the devastating legacy of the 13th amendment which abolished slavery in 1865. Crucially, this amendment extended slavery beyond its supposed abolition. It began with convict leasing, followed by Jim Crow laws, which then evolved into mass incarceration that has since stripped millions of the rights won in the civil rights movement.

A host of academic and activists describe this system as both cyclical and durable as they construct not only a timeline but a detailed canvas of African American history from the mid 19th century right up to 2016 when the documentary was released. While many know Martin Luther King Jr., the war on drugs and the infamous Birth of a Nation film, they will not know the interconnectedness or indeed the reality of these events. In less than two hours, Ava DuVernay gives you the history lesson you wish you had at school.

Towards the end of the documentary, we learn about Emmett Till, a 14-year-old who killed by white supremacists in 1955 for allegedly wolf-whistling at a white woman. Till’s mother decided upon an open casket at his funeral and allowed images of his brutalised body to be publicised hoping they’d be a catalyst for change. Over 60 years later George Floyd’s image has become a catalyst for that same change, but it is only by educating ourselves and those around us with documentaries like 13th that we may actively be anti-racist.

13th is available on Netflix

2. Orange Is the New Black

Netflix’s Orange Is the New Black tackles the issues of racial injustice, mass incarceration, brutality and racial profiling in a highly emotive but effective way. The show follows a series of inmates and their journey in the U.S. prison system. Here they face the trials and tribulations caused by the justice system.

One major subplot of the show is when an African American inmate is murdered by one of the guards as he kneels in her neck to the point of suffocation. This then sparks a riot within the prison and the latter half of the show is deeply influenced by the storyline of Washington.

While the show isn’t solely about racism and anti-blackness, it addresses structural racism, institutional racism and social racism. It is clever in the way in which it presents racism within the U.S. justice system and also shows how deeply socially embedded anti-blackness is within our culture.

Orange Is the New Black is available on Netflix

Imagine a world where Hitler got into the Vienna Academy of Fine Arts, where nuclear fission was not discovered in 1938, or where African people colonised Europe. This latter ‘Alternative History’ is poignantly explored in the BBC adaptation of Malorie Blackman’s novel, Noughts + Crosses.

By flipping history on its head, Noughts + Crosses eliminates the normality of institutional and cultural racism in society. The scenes of police aggression and racial profiling are in painful unison with recent events. In Albion (Britain), no hint of European culture is evident: plasters are black, not white, clothes are in colourful prints and hair is in cornrows. This begs the question, where is African culture in our world?

The genre of ‘Alternative History’ thus has the power to reveal the significance or irrelevance of events. In the case of Noughts + Crosses, the instability of racism is illustrated: if timings or access to natural resources had been different, racism would not exist. In other words, racism is reversible because it is merely the result of a fragile sequence of events. Blackman’s story reveals the power that the present has because, to quote Mahatma Gandhi, ‘the future depends on what you do today,’ not yesterday.

In 2019, Watchmen burst on to TV screens to become one of the best mini-series of the decade. Damon Lindelhof, of Lost and The Leftovers, has reinterpreted Alan Moore’s seminal 1986 comic book story art to reflect what he believes to be the current great American anxiety – race.

With Regina King starring and Damon Lindelhof as showrunner, Watchmen is a taught and beautifully crafted thriller. Both Watchmen’s narrative and authorship are steeped in the African American experience: the story’s foundational cornerstone is the decimation of Tulsa’s ‘Black Wall Street’ in 1921, and Lindelhof himself set out to ensure that his writer’s room was diverse and reflected people’s lived experience. Watchmen explores Black trauma and uses its alt-history universe to invert the current status quo, encouraging viewers to look at their knowledge, assumptions and perspectives anew.

Watchmen is available on NOW  TV

Based on Celeste Ng’s bestselling novel, the recent adaptation of Little Fires Everywhere is a must-watch; particularly in light of the Black Lives Matter movement. Set in 1990s Shaker Heights, Ohio, the predominantly white citizens have deluded themselves into the fantasy that they live in a post-race era. Though the race of Mia and Pearl Warren remains unspecified in the novel, the series depicts them as a black mother and daughter, subject to the backlash of a community which prides itself on racial awareness.

In fact, Elena’s (Reese Witherspoon) ignorance of the opportunities she is granted by virtue of her white skin are exposed through a fierce competition of motherhood and frequent self-reminders of her own goodwill. As the heartfelt belief that Shaker Heights is an equal and progressive community is questioned, Little Fires Everywhere exposes the detriments of unknowing white privilege.

Ava DuVernay’s When They See Us is, truthfully, one of the finest pieces of television since the creation of the medium. The Netflix limited series, composed of four episodes, tells the story of the Central Park Five, a group of African American boys who were falsely accused of assaulting a white woman one night in 1989. Each episode details a different aspect of the case and the boys’ lives afterwards and is so powerful that once the tears start flowing, they will never, ever stop.

DuVernay’s excellent storytelling skill is matched by the perfect performances of all involved – particularly credit should go to the younger lads of the bunch for being so blazingly brilliant, but their adult counterparts (with the exception of Jharrel Jerome, who plays his character in both time periods) perfectly capture the minutiae of their youthful predecessors. DuVernay herself takes absolutely no prisoners in her portrayal of the events – the trial is the highlight episode of the series, taking vengeful aim at the inherent racial prejudices of the U.S. judicial system (as well as a certain Mr Trump). As a whole, the series is so emotional, so angering, so tear-inducing, so freeing that it should go down in history as a turning point for the quality of television – and there has never been a better time to watch it than right now.

When They See Us is available on Netflix

7. Black and British: A Forgotten History

‘This is British history, we’ve just never told it this way before.’ BBC Two’s four-part documentary series tackles the whitewashing of British culture. Follow historian David Olusoga as he journeys across the world unveiling plaques for forgotten black heroes from Britain’s past. From Roman towns to Georgian boxing rings, the series challenges you to question the consistently white faces of history textbooks.

In my opinion, it is essential that we do not simply dismiss systemic racism as an American issue but instead, we should turn attention to our country’s uncomfortable racial history. Black and British commits to this cause by devoting screen time to Britain’s involvement in the Atlantic slave trade. Britain’s imperial history is crucial for us to recognise, especially with the recent conversation about the legacy of colonialism.

Rather than simply show old paintings and museums artefacts, Black and British places history in the present by engaging with a plethora of black people who have a connection to the newly-established plaques. The series only came out last autumn so is well worth a watch during the lockdown in order to educate ourselves.

Black and British is available on Box of Broadcasts, via a university login

If you want to learn more about this topic, check out these articles: