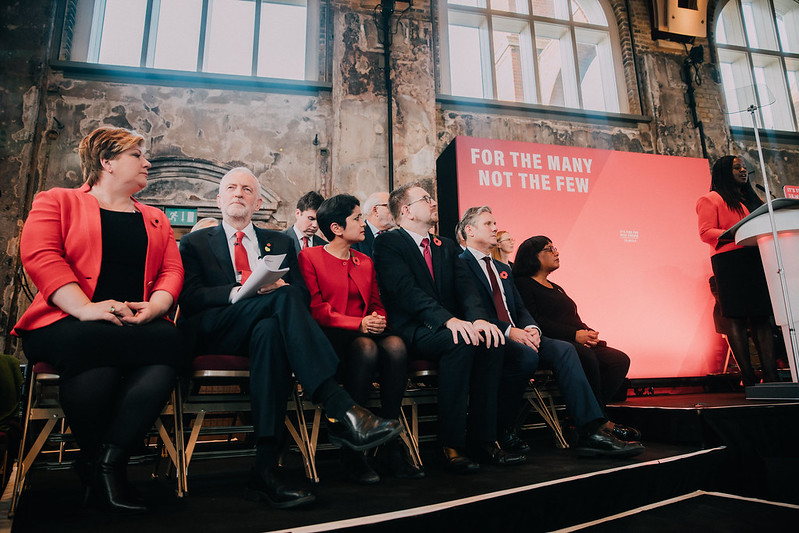 Comment Writer Samir Seghal considers why the Northern working-class are no longer loyal Labour voters, arguing that the left’s misunderstanding of the new face of the working class is at the heart of the problem

The Labour party was not founded to implement socialism in Britain, nor was it founded to promote social justice. These goals are merely by-products of Labour’s core foundational principle, that the party would always serve as the political representative of the labour movement and the British working class. For this reason, it only took 24 years from the party’s founding at the turn of the 20th century for it to form a government. It was constituencies in Wrexham, Durham, and Doncaster with large working-class communities that delivered such stellar electoral results, consigning the once-dominant Liberal party to political oblivion. However, over the past two decades, Labour’s support in these communities has been draining, with consistencies in all three counties falling to the Conservatives at the latest election. Why? What changed?

In the wake of the devastating defeat Labour suffered in the 2019 General Election, where they were reduced to their lowest number of seats since 1935, multiple election post-mortems were written to attempt to rationalise the collapse, and potentially offer solutions to Labour’s problems with their base. One report that stands out is the one written by ‘Labour for the North’, a group consisting of MPs from a  majority of the Northern constituencies which Labour still commands. In an article for Labour’s inhouse website, Labourlist, Judith Cummins, who co-wrote the report, attempts to explain the report and its findings. One interesting thing the report does is contextualise Labour’s defeat in 2019 within the wider and long-term decline of the Labour party since around the turn of the 21st century. Additionally, rather than delving into matters that are considered factional within the party, such as Corbyn’s leadership or Brexit, the report centres on ‘the longer-term trends – demographic, cultural, economic, and political,’ detailing what northern voters see as important, such as regional identity, community, and patriotism.

Nevertheless, the report falls into the same trap that similar reports, such as the ‘Labour Together’ 2019 General Election Review, have arguably fallen into regarding condescension towards the northern working-class voters. Lisa Nandy criticised her own party for exactly that, accusing those sitting in central London writing these kinds of reports of being ‘patronising’. Indeed, they often seem to contain vague platitudes in place of policy, and most crucially an obsession with the fictional ‘Red Wall’, an obsession shared with the British press. Moreover, no report I have read has a concrete strategy to reclaim Scotland’s working class from the SNP. I say this not because I think the report is worthless, and in fact some of the recommendations offered to the new leadership, such as a renewed focus on devolution, are useful. However, for England, a radical and transformational economic agenda to challenge the government’s posturing over ‘levelling up’ the regions is, in my opinion, the correct stance Keir Starmer should take. My criticism largely centres around how the report, and the Labour Party in general, views Britain’s working class.

The Guardian is widely viewed as the counterweight to the likes of the right-wing The Telegraph or The Times, offering a social democratic, or at least a liberal, perspective on politics, culture and foreign affairs. In the midst of the worst recession in nearly a century, and a public health disaster, the Editor for North England, Helen Pidd, decided to pen a now-infamous profile on Andrew Twentyman, a first-time Tory voter. Twentyman is the owner of an ‘artisanal pizza parlour’ who had recently furloughed his seven employees. Pidd describes this man as ‘working-class’. Yet, in no sense of the term do I believe Twentyman can be considered working-class, unlike his employees, who have to sell their labour to Twentyman, who in turn earns profit, not a wage. How on earth could a respected journalist at a left-leaning publication mistake this man as working-class? Because he was slightly reactionary and had an accent from outside the home counties? It seems that such confusion over what constitutes ‘working-class’ encapsulates exactly Labour has lost the working-class. In truth, Labour still represents the working-class, which is reflected in the voting statistics when we consider that Labour overwhelmingly won private renters, people under the age of 50, and crucially BAME people, who form a disproportionate chunk of Britain’s working-class. Yet, as a result of the internal migration of young people, an aging population, and the collapse of manufacturing across the country, the working-class has a different face. The miner in south Yorkshire is now the Uber Eats delivery driver in Leeds.

This said, the lowest income earners in Britain shifted to the Tories in 2019, as did nearly all northern constituencies, a problem that cannot be explained away. However, such a shift has been occurring, with the exception of the 2017 General Election, since 1997. This trend is largely, in my eyes, a result of Labour under Tony Blair abandoning the working-class, whom the New Labour project saw as locked in for Labour, in pursuit of middle-class votes in Britain’s suburbs. This was a conscious effort, with Peter Mandelson, an architect of the New Labour project, infamously remarking to then-MP Peter Hain that working class voters had ‘nowhere else to go.’ Well we now know that to be utterly untrue. Indeed, this phenomenon now has a name, PASOKification, where centre-left parties abandon their core constituencies in search of the centre ground and ultimately concede the working-class to the forces of reaction, such as UKIP or the Conservatives. It is called such because this phenomenon is not restricted to Labour, but has occurred within the French Socialist Party, the German SPD and of course the Greek PASOK party, who were the canary in the coalmine.

Nevertheless, that low-income voters would abandon Labour for the Conservatives, whose leader once described working-class men as ‘likely to be drunk, criminal, aimless, feckless and homeless’ is a nightmare come true for those of us on the Left whose political identity revolves around class struggle. The million dollar question still seems to be, does Keir Starmer have the ability or willpower to resurrect Labour’s fortunes with the working-class? I wonder. If purging left-wing members, shifting to the right of the Tories on taxes and abandoning trade unions were a route to reuniting labour with the working class then I would  say Starmer was doing a great job, but unfortunately for all of us, he is doing these things, and they are not.

Is the Appointment of Dr. Alex George as Mental Health Ambassador Performative or a Step Towards Real Change?