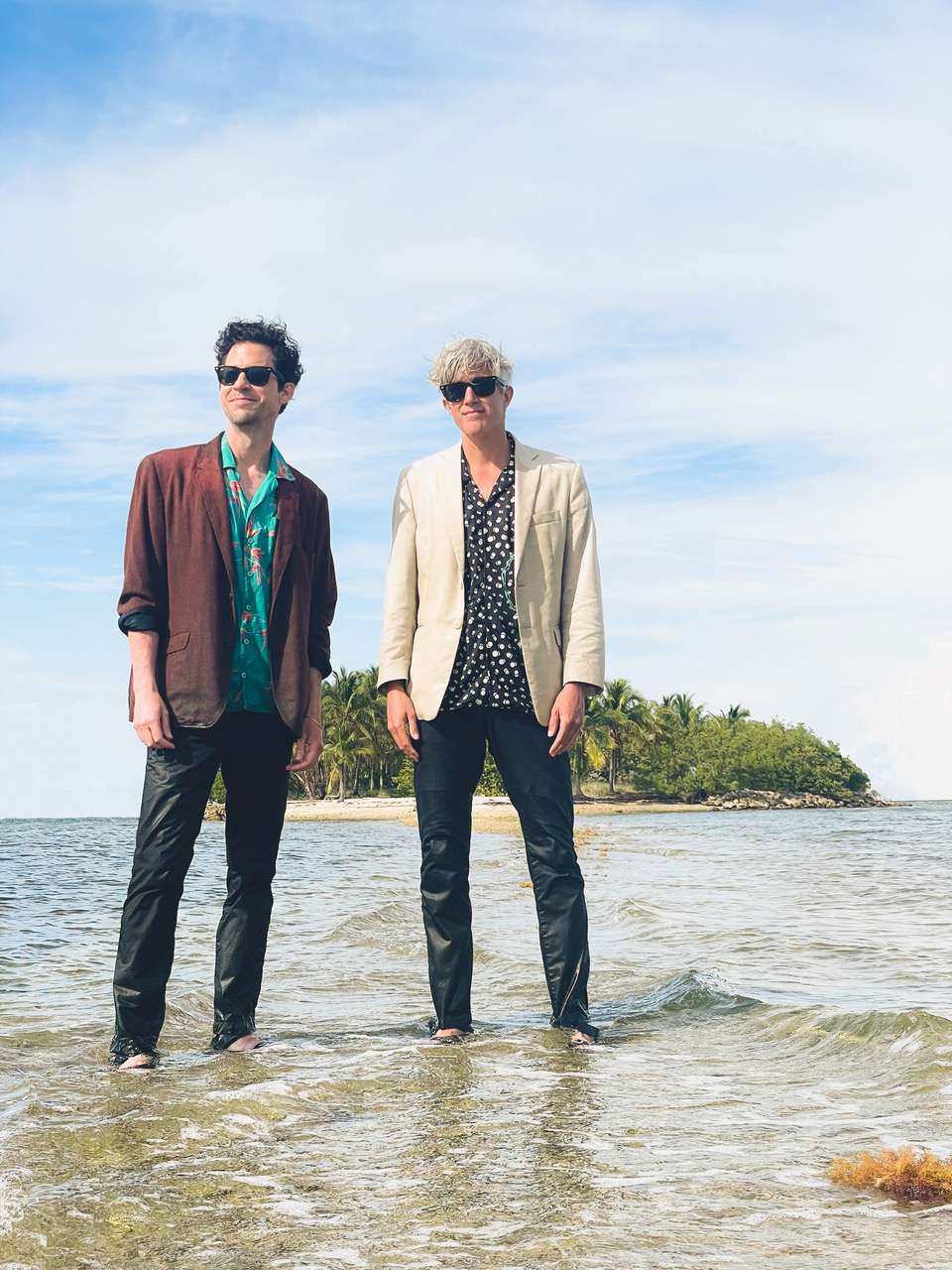 Redbrick Meets: We Are Scientists

Written by Victoria Wilson
Published at 15:00 on 25 November 2021
Images by Sonic PR

Ahead of their UK tour, kicking off in the UK on November 24th and coming to Birmingham on December 6th, I sat down with Keith Murray, guitarist and vocalist of indie rock band We are Scientists to discuss their new album Huffy.

As an American artist, what would you say is the thing you have found the weirdest about British culture?

‘I mean I wouldn’t say this is the weirdest thing, but I’d say the most striking thing would have to be the Indian food!’ Keith Murray, vocalist and guitarist of We Are Scientists confessed, stating that though they have some decent fast-food chains, Indian cuisine is simply not the same in the US, and that it is definitely what the band most look forwards to when touring in the UK, giving special mention to ‘that great Balti triangle’ we have in Birmingham.

After the last year, I am sure you are as excited as the fans are to get back to live music. Which song from your new album Huffy is your favourite to perform live?

Murray stated it is difficult to pre-emptively say what song will be the most fun to perform as how much he is enjoying the performance really depends on how much the fans enjoy it. Whilst he has played hit song ‘Nobody Moves Nobody Gets Hurt’ from the 2005 album With Love and Squalor so many times that it is a bit of a drag to play in practice, he loves performing it live as ‘the audience are having a good time, so we’re having a good time.’ He teases ‘we’ll have to wait and see what the ‘Nobody Moves’ of this album is going to be,’ though reveals ‘at the moment, based on practices with the band, I would say ‘Contact High’ is the most fun to play.’

Do you have any pre-gig rituals you do to hype yourself up and get in the right headspace before performing?

‘I wouldn’t say any of us really get that nervous anymore,’ Murray says, comparing preparing for a gig to ‘stretching for a run,’ though he does enjoy ‘making a bunch of margaritas to get the energy pumping’ for a performance.

So, despite the power of those margaritas, live shows do have a tendency to go wrong sometimes – what would you say has been your most embarrassing moment when performing?

Murray recalled the time in 2007 in London a show where We are Scientists were supporting The Kaiser Chiefs and, halfway through their second song all his sound gear stopped working. ‘I had to play the rest of the set just singing with no guitar,’ leaving him with newfound ‘respect for vocalists who play without instruments.’

On the flip side, what has been your most treasured memory of being in the band?

Pausing for a moment, thinking over the many memories made over the years, Murray settled on times ‘watching trashy action movies with the band after a show,’ confessing that he has a list on Netflix of post-show things to watch.

Clearly you have lots of fun hanging out with the band, if you could add one more person to We Are Scientists, alive or dead, who would it be?

Murray maintained it would be necessary for a member to be ‘not just fun to hang out with but add value to the band.’ He says though the setup of a three-piece band works best for We are Scientists, ex keyboardist Michael Tapper fit this mould perfectly, though ‘maybe Dua Lipa or Shawn Mendes’ would make a great addition.

You have a some very unique album names, my personal favourite being Crap Attack. Where did the name Huffy come from?

Murray explains how the band don’t usually directly tailor their album names to the content and themes of the album, but rather latch onto a memorable word or feeling invoked by the vibe of it. Huffy, stemmed from almost making fun of where We are Scientists stand in relation to heavy rock bands: whilst artists ‘like Liam Gallagher make very moody rock,’ their album ‘is just a bit huffy.’

Are there any artists who particularly influenced this album?

Though in their beginnings, We are Scientists drew a lot of direct influence from contemporaries like Franz Ferdinand and The Killers, Murray now finds it harder to pull out where specifically their inspiration comes from. He largely ‘goes into a sort of working bubble’ listening to his own songs when working on music to really refine the craft. He associates working on Huffy with being in lockdown when ‘I will say I listened to a lot of that Dua Lipa album.’

I have had a look at your playlist ‘Mind Sports’ on Spotify. There are some cool tunes on there. would you say the music you enjoy listening to is similar to the music you make, or do you prefer to immerse yourself in different styles?

Murray states that he prefers to branch out to different styles of music as ‘this might sound incredibly self-effacing’ but when it comes to artists who are similar to We are Scientists ‘I probably like us more than them’ since his own work is personally crafted to his taste. He listens to a lot of Brooklyn based art rock band Public Practice and heavy rock like Black Midi and 311.

You mentioned that you enjoy watching rubbish films with the band after your shows. Do you have any music you listen to as a guilty pleasure you would perhaps be embarrassed to own up to?

‘I don’t really believe in guilty pleasures,’ Murray began, confessing that whilst with some films he knows it was terrible but accepts he had a good time watching it, with music he appreciates that he enjoys it for a reason therefore it is good music. After listening to pop punk band Turnstile, he felt intrigued by it but cannot decide whether to love or hate it.

So, you have been making music for a long time now. Other than listening to a range of music styles, how do you keep your song ideas fresh and avoid writers block?

Whilst the band used to ‘direct our efforts into writing ten or twelve songs to fill an album,’ now they write more freely, continuing with songs even if they don’t feel that good, so there are ‘hundreds of songs to choose from’ when curating an album. I think this unique casual experimentation shines through in Huffy.

Is there anything you’ve dreamed of doing for a long time whether in music or other aspects of life which you have not done yet?

‘That would have to be making an action film with the band,’ Murray stated, joking that other artists could watch it for a laugh after their shows. He would love for Bryan Singer to direct a music video for We are Scientists someday.

To wrap up, what would you say your greatest accomplishment is?

Murray looked around for, revealing it would have to be ‘this new guitar I bought. I love just looking at it and thinking, I own that, I get to play that.’