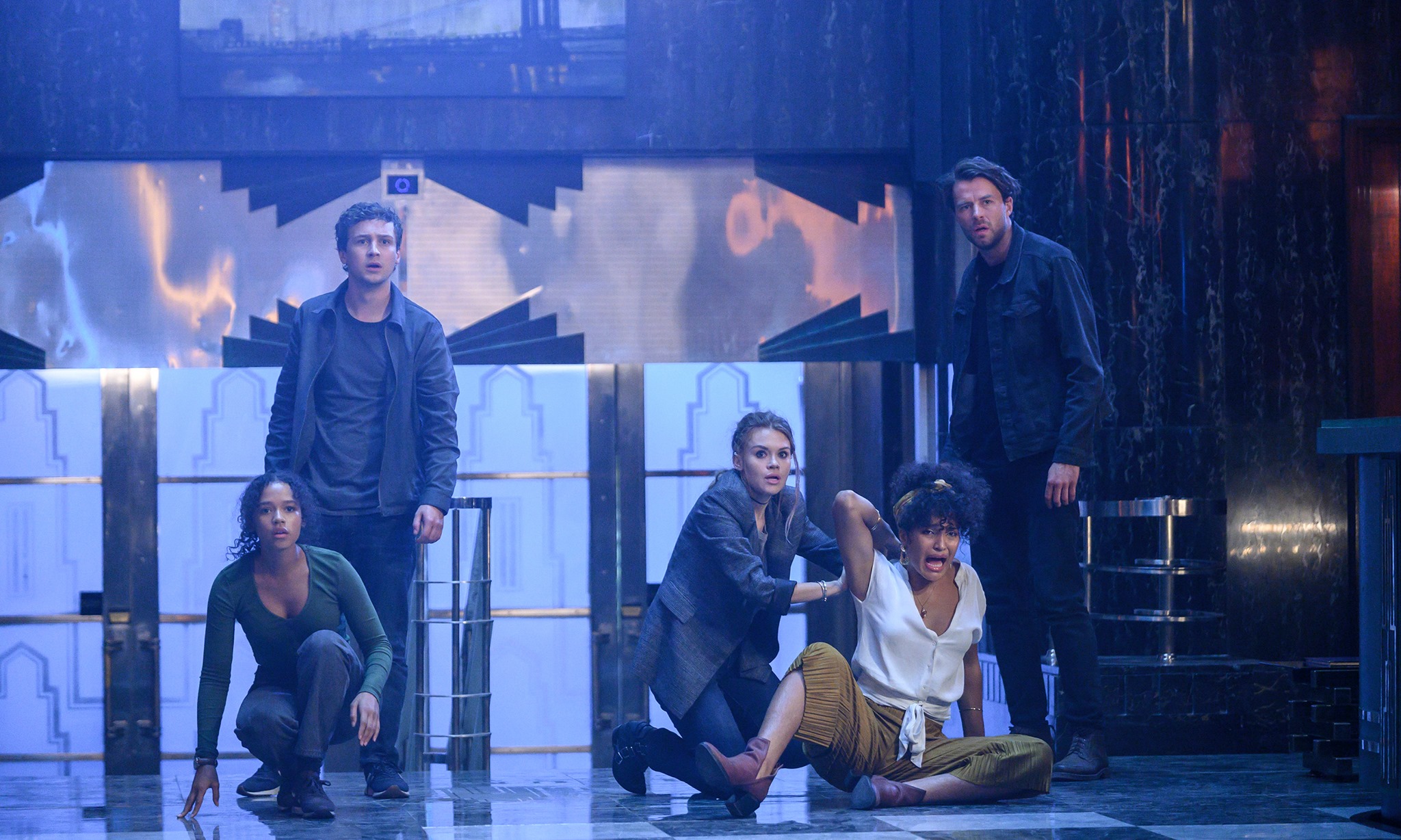 For those unfamiliar with the original Escape Room, its title is pretty self-explanatory: it features a group of seemingly random people thrown together into a murderous escape room created by the company Minos. While it is not anything revolutionary, I found that it reimagined the escape room concept in a relatively new and interesting way, leaving me wanting more and ensuring I was excited for the sequel, Escape Room: Tournament of Champions.

The ending of the first film originally seemed quite conclusive, as it appears that the main protagonists Zoey (Taylor Russell) and Ben (Logan Miller) have managed to kill the gamemaster; however, it quickly takes a dark turn. Following on from their perceived victory is the revelation that Minos is in fact in the process of developing a new escape room, but this time in a plane scenario – one of Zoey’s biggest fears. The film ends with Ben and Zoey having bought tickets for a flight to where she believes Minos’ headquarters to be. All of this is recapped (perhaps somewhat unnecessarily) at the start of the sequel.

I will start by analysing the things I think the film did well, most significantly the way it develops plot and builds tension. While based on the previous film’s ending, it would be easy to assume the sequel would begin with this plane escape room – it does not. Without wanting to spoil too much, instead, their return to Minos’ torture occurs under different circumstances, managing to avoid the cliché start to the film.

Additionally, after the first film, I was unsure where they would be able to expand the escape room idea, worried it would be like the Saw franchise, which many fans view as repetitive; however, it did not feel like that at all. The escape room scenarios felt completely unique and were all connected in a really subtle and well-developed way, meaning the film remained unpredictable. In creating these escape rooms, the use of CGI and effects were crucial – something else that I think made the film great and ensured that it was utterly immersive. Another element that added to its immersive quality was the skill of the actors, as throughout it all felt very naturalistic, preserving a reality-show feel that I thought worked perfectly for the escape room concept.

However, that is not to say that the film is without fault. One of my main criticisms was that the character development was somewhat lacking in the sequel. Many of the characters were killed off with little to no development, making it difficult to empathise with them and failing to raise the stakes of the game. Rachel (Holland Roden from Teen Wolf fame) felt particularly underdeveloped, relying on the ‘bad girl’ trope as she wore eyeliner, lots of piercings and had dyed hair, which everyone knows is the classic angsty girl character, something that just felt flat and cliched.

While the rest of the cast excelled, I felt the film was let down by Indya Moore, who plays Brianna, as they seemed to be at 110% all of the time, somehow combining a hoarse, raspy voice with shouting, which was a bit off-putting. Furthermore, like the characters, there is never an explanation or backstory behind Minos and their motivations, which I feel would add more to the film as it remains ambiguous as to whether they are a criminal enterprise or just a group of sadists, making it hard to fear them in the way the characters do. Like any good thriller, there were also some plot holes that were left unexplained which ruined some of the immersion at times, although this wasn’t too difficult to overlook if you took the film at face value and didn’t overanalyse it too much.

Based on the ending of the film, I think we can expect that there will be a third in the franchise, something I am not overly excited about. Although I was pleasantly surprised by the sequel, I have a feeling that by the third film, Escape Room will feel too repetitive and uninspired.

I think that this is a great franchise so far for those who are looking for a relatively easy watch that is not too gory or intense but still fits within the thriller genre. It manages to create something new, though not revolutionary, in an oversaturated genre and does not just become a sadistic game of torture devices; instead, it does actually have some quite interesting backstory, even if it is underdeveloped at times. If you are able to look past the plot holes and, at times, clunky dialogue, this makes a perfect film to pass the time and is one I would re-watch.

Escape Room: Tournament of Champions is now in cinemas

Have a read of these Redbrick Film articles if you’re looking for more thriller recommendations: