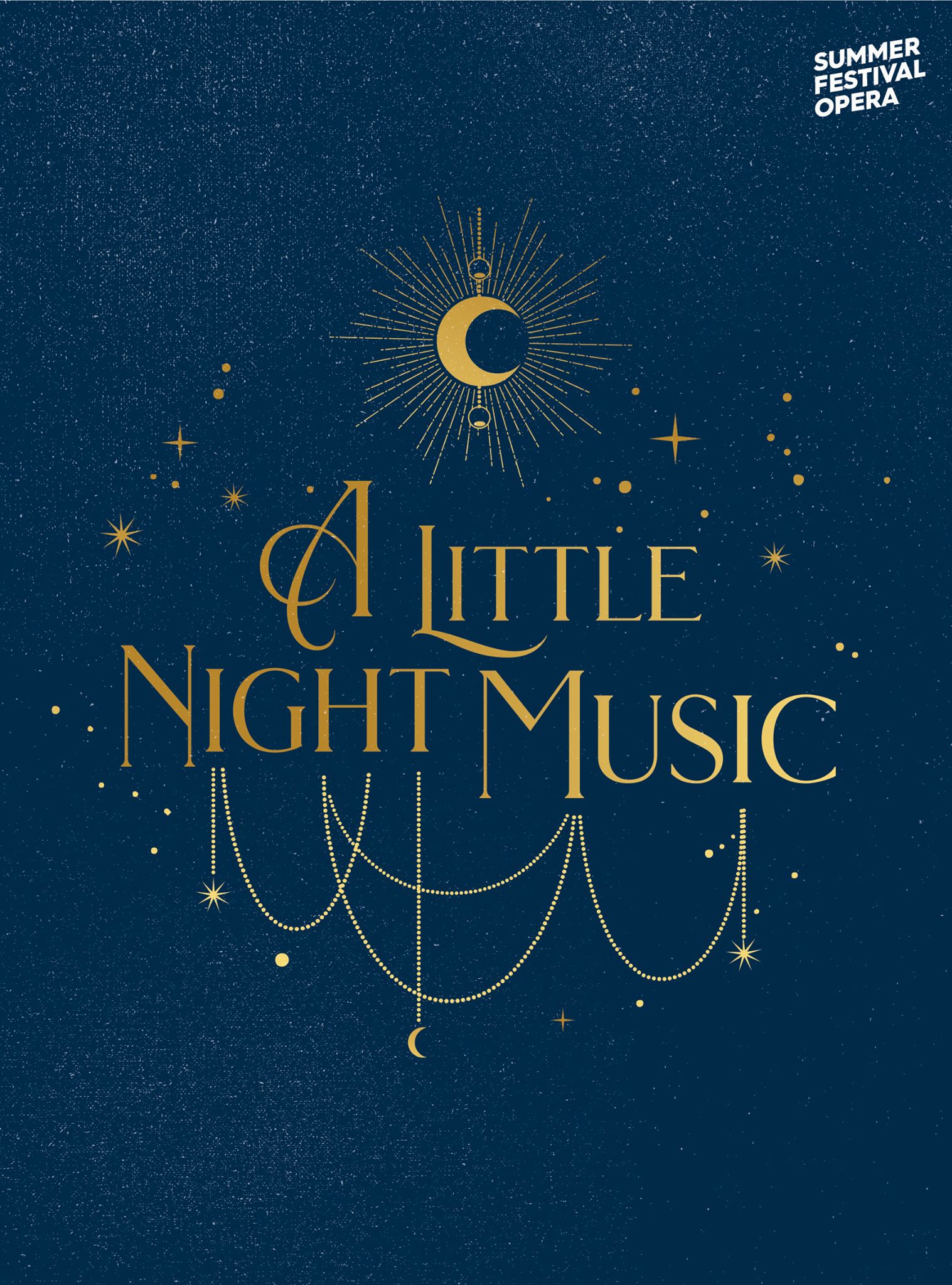 Written by Emily Breeds
English student and Writers' Bloc's Journal Editor.
Published at 07:00 on 23 July 2019
Images by Design by Antony

In a building where arts are abundant, the Barber Institute makes for a beautiful show venue. Between 14th and 16th June, the University of Birmingham’s Music Society filled the auditorium with a resounding production of ‘A Little Night Music’ as part of their Summer Festival Opera.

Stephen Sondheim’s musical, set in 1900s Sweden, tells a complicated story of love and desire, with old relationships breaking down and new ones forming.  The main relationship in question is the love triangle between Fredrik Egerman, his new, young wife Anne and his son Henrik. Whilst the entire cast was incredible, these three characters stood out the most, with strong performances from Luke Hagerty, Emily Beech and Altus Chan respectively. ‘Send in the Clowns’ is the most well-known song from the musical, and Amber Hegarty certainly did it justice. Her emotional rendition fully captured the audience and I heard a few sniffles around the room. I was particularly impressed with the fact that the entire cast performed without microphones. Despite occasionally being overridden by the fantastic orchestra, the cast’s voices remained intact and were immensely powerful. Clearly, a lot of thought had gone into the casting of the show as each character, from the principals to the chorus, was well-defined and contributed to a wholly cohesive show.

The best shows are usually the ones that appear effortless, and this show was no exception. Thanks to the intricate set design, the audience were soon lost within the world of the musical. It was easy to forget that I was watching people my age, as they encapsulated their characters perfectly. From the vivid orange lighting depicting a sunset, to the careful placement of childlike signs in Fredrika’s tree house, the strained domestic sphere of 1900s Sweden was created brilliantly.

In a show centred around complex sexual dynamics, it was fitting that it contained just the right balance of comedy and darker moments. Phoebe-Loveday Raymond played a hilarious Madame Armfeldt, who had a wild past yet ended the show on a profound note. Another notable moment was when Count Carl-Magnus, wonderfully played by Eoin Funnell, ‘threw’ a knife at a painting. A member of the chorus guided it to the target in slow motion, his facial expression and the absurdity of the situation making the entire audience laugh. Concurrent with the theme, the show was rife with sexual jokes. These lightened the mood when a darker side to the sexual dynamics was revealed. As a result of being in love with his young stepmother and the guilt it produces, there is a scene in which Henrik attempts suicide by hanging. However, the audience were relieved when Anne found him and the pair happily ran off together.

I would fully recommend seeing a student-run show at the University, as the talent my fellow students have never fails to amaze me. After not having seen any Summer Festival Operas before, I was extremely impressed with the quality of the show. I look forward to seeing what the Music Society produces next.