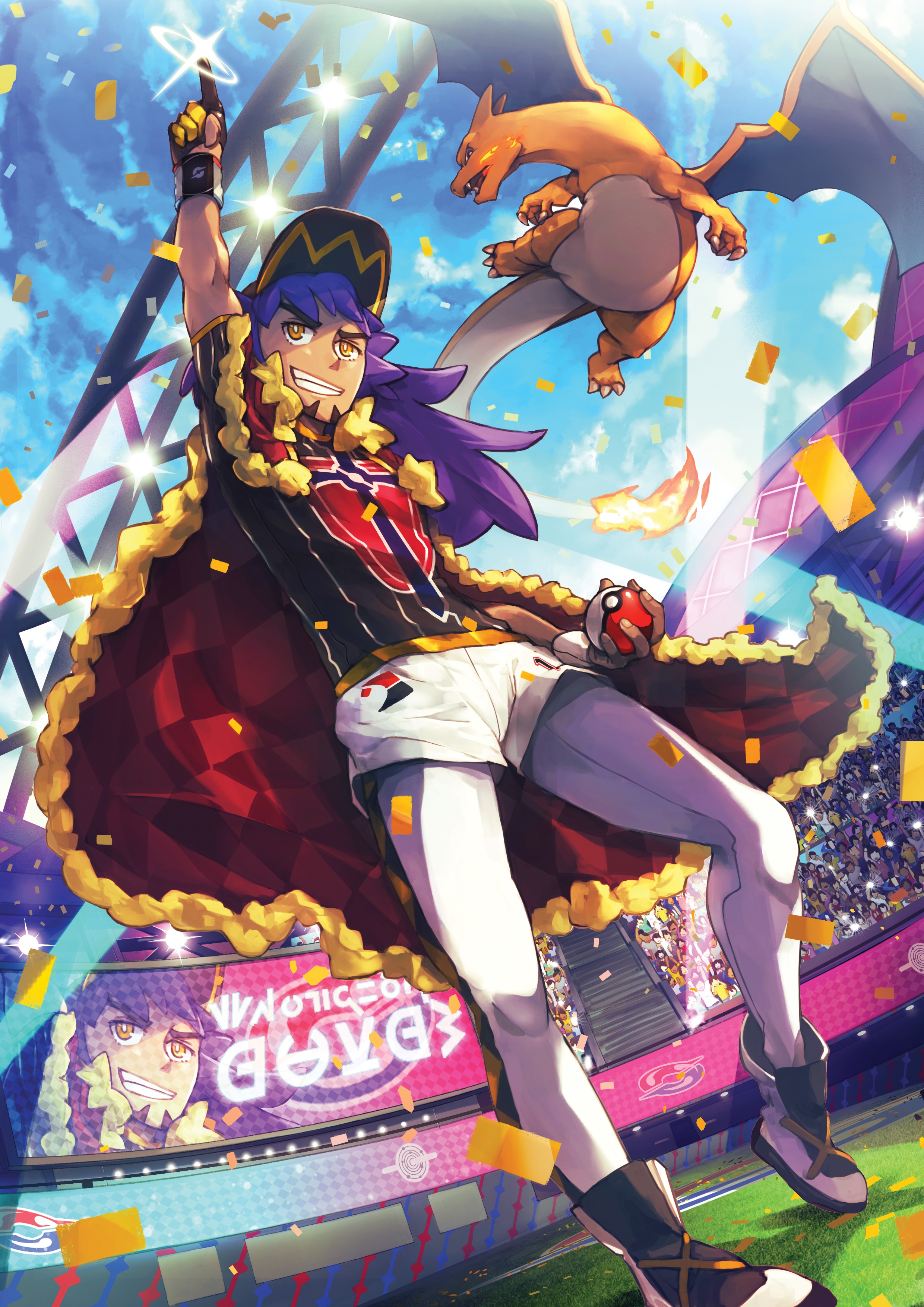 Editor Tom Martin retroviews the newest entry into the mainline Pokémon series. Explaining why you should check them out, or perhaps… wynaut.

“Let the past die, kill it if you have to.” This quote which I have absolutely made up and have not taken from anywhere perfectly defines my feelings toward Pokémon Sword and Pokémon Shield, which are the biggest step forward for the franchise since Platinum hit the shelves back in 2008.

First, I must make an admission, this review lands as we stumble our way through the early days of 2020, so I have the benefit of having more time with the game, making this partially a review and in some parts a retrospective. To this point, unless you’ve been living under a Regirock – ironically enough a Pokémon that can’t be found in the game – for the past few months, you’ll no doubt be aware that Pokémon Sword and Shield have proven to be very polarising entries into the franchise: something which can largely be attributed to the issue of the National Pokédex being cut from the game. Lovingly dubbed ‘Dexit’ by fans – because this issue definitely parries with one of the largest and most dangerous real-world nationalist aggressions seen in decades – the issue hinges on the absence of around 400 Pokémon from the roster.

I understand that many feel this betrays the famous ‘Gotta catch ‘em all’ ethos of the series. However, in my experience with the game it reinvigorates it. For the first time since the series’ early generations, catching them all is an attainable goal, for all players. I’ve seen friends of mine who have never played a mainline Pokémon game before completing their Pokédexes (Pokédexs? Pokédicies?) and excitedly posting their respective certificates around social media. I first ‘completed’ a Pokédex back in Pokémon Platinum and can remember all the excitement of the achievement quickly making way for a dread at the prospect of having to catch 250 more, so I used my friend Patrick’s (Hi Patrick!) Game Shark, and cheated the rest of the way, a hollow victory and a stain on my Trainer Card to this day.

The game also uses its reduced number of Pokémon to phenomenal effect. This is certainly the most ‘alive’ a Pokémon world has ever been. We see Wooloo rolling around and grazing in distant fields, Wynaut playing hopscotch in the street, Maractus working in bazaars, a Snom sitting on top of a bin(!)… I could go on and on. The biggest example of this ‘life’ is to be found in the “Wild Area” where, for the first time in a mainline Pokémon game the player is given the control of a free camera. Walking through this vast expanse is thrilling enough to make you forget the Pokémon who are not present: this is to say, it’s tough to lament the loss of Geodude when you’re being chased down by a Noivern.

The return of Wild Pokémon in the overworld from Let’s Go! Pikachu/Let’s Go! Eevee is brilliant to see and works to imbue favourites old and new with never-before-seen scale and tonnes of personality: if the Wild Area had a strapline, it would be ‘Tyrogue has never been so terrifying’. As you explore it, you really gain a feeling that you are a living part of the world around you: Pokémon will notice you pass, either scurrying toward, or away from you; birds and Butterfree pass in the sky above and can be called down with a whistle or a bell; and Mantine and Mantyke alike leap from the lakes. There is still, however, hidden life to be found in surprise encounters: rare Pokémon lurking in the tall grass.

Speaking of tall, the introduction of the Dynamax/Gigantamax feature functions well enough as a Generation-defining gimmick that acts as a combination of the shape changing aspect of Mega-evolutions and the power of Z-moves seen in Generations 6 and 7 respectively. The mechanic ties back well into the Wild Area with ‘Dynamax Raids’ that offer a fun re-playable multiplayer experience, if a slightly frustrating one for single players as the AI struggles to really benefit in any way, shape or form (shout out to Martin and his Solrock). The new Gigantamax Pokémon are solidly designed and appropriately intimidating. It’s awesome to watch on at the stadium battles as the two opposing Pokémon tower over their trainers, even if it is a shame this only lasts three turns.

Where the Dynamax mechanic is at its apex however, is when it is being backed up by the fever pitch chanting of the new Gym Battle theme. Masuda and co. have once again continued the Pokémon trend of being one of the best in the business when it comes to soundtracks. Honestly, the music of Pokémon Sword and Pokémon Shield deserves an article of its own. One of the highlights of the somewhat flawed story is the battle theme of the big bad (whoever they may be) is truly on par with the fan favourite themes of Zinnia and could similarly fit in to the myriad of epic pieces in Smash Bros. Ultimate. Far from resembling  past pieces however, the soundtrack to Sword and Shield is unlike what has been heard in a Pokémon game before.

Following the lead of the new music, new Pokémon themselves are a mixed bag, ranging from some of the most creative we’ve seen in the series – the ghost of an ancient dragon that shoots baby ghosts of ancient dragons as missiles – to some which remind us of the series’ humbler beginnings… sorry Wooloo, but you are literally a sheep. Regional forms make a welcome return, though still retain a slight bias toward the first generation of Pokémon: Mr. Mime, Ponyta, Rapidash, Meowth, Persian, Weezing and Farfetch’d all amongst the names of Pokémon getting an updated form. I really struggle to call to mind a globally known IP that struggles so much with its aging fanbase’s yearning for nostalgia, which is honestly a shame as. Each and every new Pokémon is conceptually strong, a testament to Art Director James Turner’s work on the title. They are easily endeared to, and seamlessly blend amongst the Pokémon present from older generations in a way that gives the Galarian fauna at once a cohesive and lush variety exemplified in the Wild Area. I just wish Game Freak had more faith in its newer ideas.

Aside from the Wild Area, there are plenty of beautiful towns to explore, each taking a particular aspect of the UK’s real-world history. From the dusty dunes of Stow-on-Side, wherein the early-British history of being archaeologically incompetent is hilariously exemplified in the mismatch fossil monstrosities it is possible to bring to life. The ethereal beauty of Ballonlea, a town formed by British fondness for the magical mythology surrounding tales of Imps and Unicorns. And Wyndon, which owes to Britain’s sporting heritage, taking the capital and turning it into an Olympic village where Galar’s famous Pokémon Tournament comes to a head. Following the lead of the world around them, there are plenty of smaller side-quests to partake town to town in that perfectly fit that classic Pokémon tone of being sweet in parts and unreasonably unsettling in others, serving to give your character something to do outside the main story.

This latter aspect is something which is particularly important, as one of my major gripes with the game is how the story is paced. Classically, the story of a Mainline Pokémon Game is something you are given threads of throughout before coming to an epic confrontation in the denouement. The story of Pokémon Sword and Shield, however, struggles to really find its feet until you are literally face-to-face with a God. A number of the most important events take place off-screen and your character is very much a bystander in the whole thing. Even now, 150 plus hours in I am still somewhat in the dark about what exactly the motivation for the story was.

If I were to make a guess at what the problems of the story stem from, I would suggest the story tries too hard to be a variation on the classic formula where your 10-year-old character is inexplicably drawn into conflicts with major criminal organisations, by having you constantly pushed aside by the ‘adults’ of the Pokémon and told to get on with you gym challenge unhindered. This is until you have proven yourself more than capable by becoming second only to the Champion themselves and are forced into the conflict.

Once the story gets underway however, be prepared for some of the most stunning visuals in a Pokémon game to date. To reference Junichi Masuda’s now infamous quote, this is where the idea of the Switch’s potential for ‘higher quality animations’ comes into its own. Within the game’s climax are scenes that are without a doubt the best Pokémon has ever looked, and as epic as it has ever felt. For the first time since watching Cyrus be dragged into the distortion world by Giratina in Pokémon Platinum, I felt a genuine distress at the events unfolding in front of me, wondering if I’d be strong enough to win the day. To this end, and without spoiling anything, the Legendary Pokémon, Zacian and Zamazenta command a respect far above previous games where the player could simply stroll up to legendary Pokémon, bung them in an Ultra Ball and head home to face the league.

The cast of characters within the story itself is a strong enough one: each of your rivals – you have three this time round – has a natural progression from their beginnings alongside you to finding a role in the world of the game that I would be interested in seeing furthered should Game Freak follow the game up with the expected “Sword 2 and Shield 2”. The gym leaders are a fun bunch, providing a slight challenge so long as you’re at the appropriate level for it and offered a glimpse of personality through their ‘league cards’ and signature Gigantamax Pokémon. The big bad (whoever they may be) as I have mentioned previously, serves as a means to an end, though that’s unfortunately about as much as I can say. The Champion, Leon, provides a more present figure than we’ve seen in the past with a fun design and, with a sense of celebrity notoriety that is cleverly instilled throughout your travels in the Galar region, really plays into the games theme of Pokémon battles as popular entertainment.

And, to draw a conclusion, that is where these games succeed spectacularly, entertainment. Throughout my time with the game I have been constantly entertained where as other entries into the series have suffered with periods of drag. All aspects of the game from the Pokémon, to the new battle mechanics, to the music – good GOD the music – work with a fantastic synergy to craft a phenomenally fun piece of entertainment that is only hampered by an absent story. Overall however, the games push the boundaries of what Pokémon can be and offer an incredibly exciting first glimpse into what the Nintendo Switch generation of games will look like.

My one hope for future games is that they continue to move further from the classic format of the series. Pokémon Sword and Pokémon Shield work best when they are doing things that are new: e.g. the Wild Area, the tournament format, the Raid Battles and, yes, the absence of the National Dex. It pains me to see Charizard where a brand-new Pokémon would have better suited, dragged out as the Champion’s flagship Pokémon for what feels like the thousandth time.

Pokémon as a series has always been about evolution, so let it evolve.

Like this review? Check out some of our other stuff!

Redbrick Picks: Games of the Decade