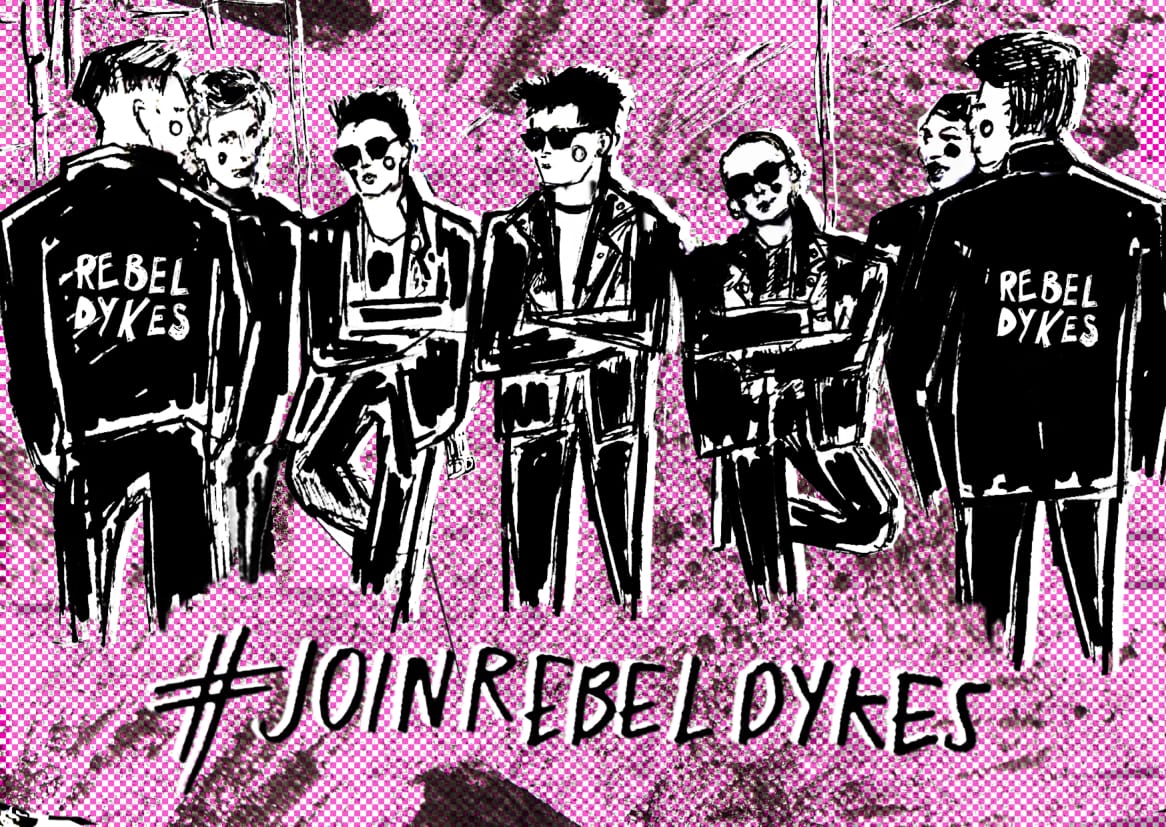 Life&Style Editor, Frankie Rhodes reviews an evening of screenings that explore the different ways queer women have used film to preserve their ‘herstories’

For ten years, SHOUT Festival has been bringing LGBTQ+ culture to art and music venues across Birmingham. On Wednesday the 6th, I was lucky enough to attend a film screening entitled Reel Herstories: Rebel Dykes and Archivettes, dedicated to telling the (often marginalised) stories of lesbian activists. In addition to this already being an exhilarating topic, the audience was treated to exclusive footage, with the film in post-production and premiering in 2021.

This 20-minute extract followed a group of queer women in the 1980s, banding together to protest, educate and celebrate their identities.

A combination of home-style video clips, sketchy animations and interviews documented events such as the Greenham Common Women’s Peace Camp, London riots and the political unrest that emerged surrounding a Lesbian S & M club, ‘Chain Reaction.’ This theme was particularly interesting, as it made reference to the 1980s WAVAW organisation (Women Against Violence Against Women.)  Although seemingly created to protect women, the group forcefully protested the existence of the Chain Reaction club, with a warped understanding of sexual wellbeing.

The extract, in general, summarised this era as a time of rollicking parties, comradery and sexual liberation, yet always with a constant undertone of conflict. One of the leading members of the group described this perfectly when she stated- ‘it was a great time, and a terrible time, to be young and queer in London.’

Following on from this, the audience were shown an hour-long documentary entitled The Archivettes, which depicted the history of the Lesbian Herstory Archives. Established in New York in the 1970s, these archives remain the world’s largest collection of materials by and about lesbians. The documentary opened on a solemn note, as a young woman donated possessions and souveneirs of her late girlfriend to the archives. Whilst obviously grieving, she was able to gain comfort in the thought of her girlfriend’s legacy living on, as she admitted, ‘it’s only in the individual stories that we have lesbian history.’

Instead of following the expected chronological order, the documentary diverted between past and present to indicate the links between generations. The archives originally began in a small back room in New York, and have grown into a collection of over 10,000 books, 12,000 photos and other memorabilia such as badges, clothes and diaries. Alongside more trivial memories, the archives became a home for some of history’s most challenging moments, such as Nazi occupation.

As the original founders are now in their 70s, it becomes the duty of new interns to continue the work. With so many photos now being taken in our digital age, their focus is on collecting tapes, to ensure that footage of key protests and social victories are not lost. My favourite aspect of the documentary was seeing the tapes of the archives being set up, from the initial building opening in 1974, to reunions in recent years.

However, the film did not shy away from the more difficult aspects of this journey, such as the group having to initially keep the street address of the archives private for fear of public attack. Even now, the organisation still faces prejudices and opposition from people who fail to understand the value of documenting queer lives. Nonetheless, the film ended aptly with shots of the Archivettes, both young and old, attending 2017 pride. This served as a reminder that the best way to combat bigotry and hatred, is to build a strong sense of community.

When writing this article, it struck me that it is difficult to describe a film screening like this, perhaps because there are so few films like this that exist. That might be the most important aspect of the SHOUT Festival- that it tells the story of people who might otherwise have their histories ignored, erased and never told at all.