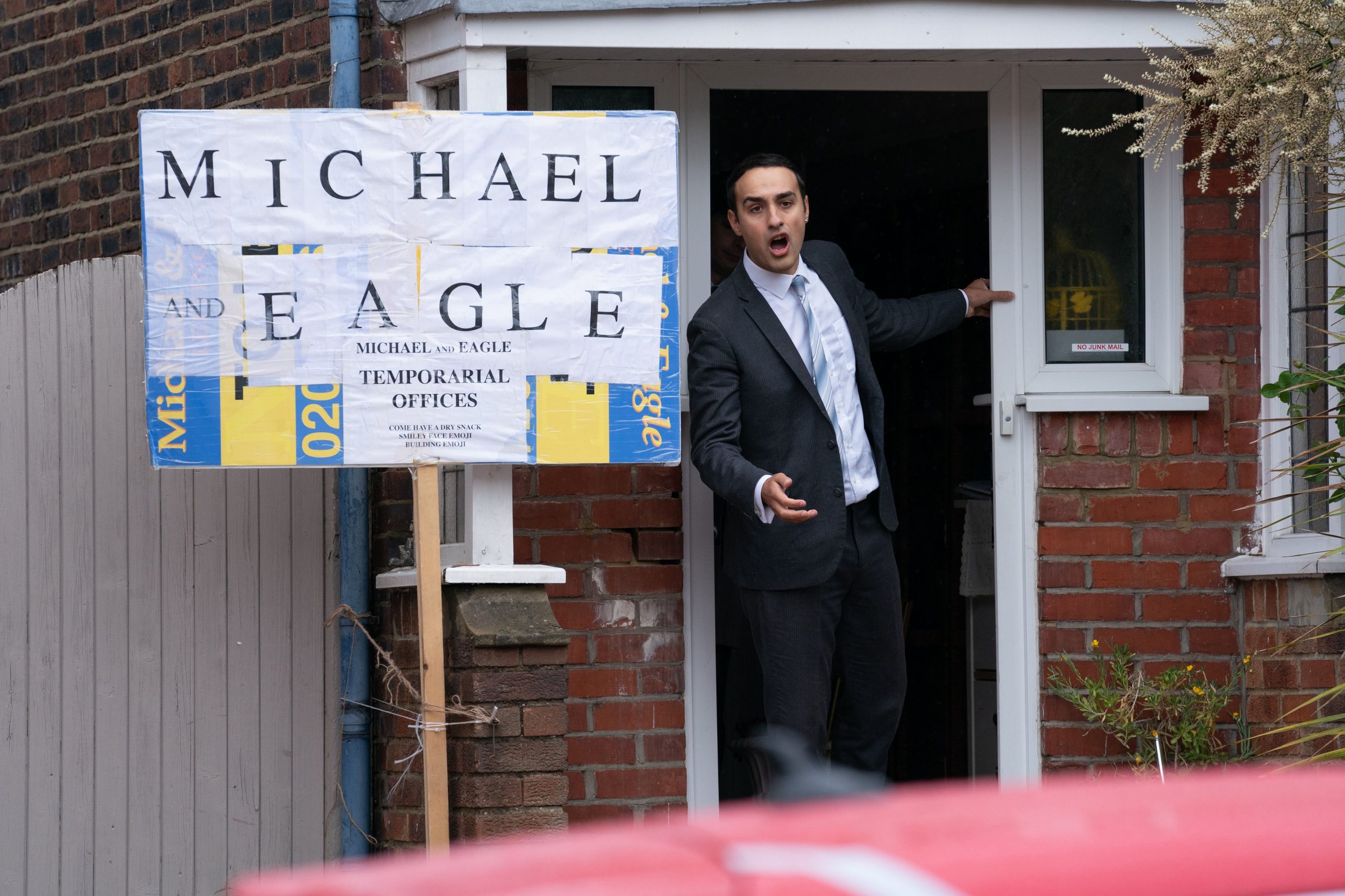 There is something unique about Stath Lets Flats. In fact, Stath Lets Flats is a uniqueness convention, in which a million subverted jokes, idiosyncratic characters and entirely novel sentence constructions meet to bounce ideas off each other. And create a masterpiece.

Jamie Demetriou’s brainchild (co-written with Brian Popper) is a heartfelt, absurd, hilarious love letter to normal life. It manages to inject sensationalism into the most mundane of concepts, resulting in the world that ours could have been, were the creator a little more self-indulgent. Its third series (available on All4 and showing weekly on Channel 4, Tuesday at 10:15 pm) continues the show’s rich tradition of lovable characters, linguistic playfulness and heart-warming relationships.

The irresistible charm of Stath Lets Flats comes largely from its characters. They’re all so different, but there is a common thread that binds them – their ability to extract a mundanity from life and magnify it into something life-affirming and wonderful. For Stath (Jamie Demetriou) an egg is a powerful metaphor for the love he feels for his daughter Dina (Hari Cooke-Singh). For Al (Al Roberts) two chocolate bars (totalling £1.30) becomes a grand romantic gesture. For Vasos, (Christos Stergioglou) a small cake, five pounds and ‘wires for music’ constitute a grand birthday celebration. And where in other shows, these mediocre symbols of affection would fall flat, in the world of Stath Lets Flats, they are received with enthusiasm and warmth.

Of course, a comedy centred around people on a bizarre wavelength can only work if there is someone there to balance the absurdity. Hence the reprisal of Dean (Kiell Smith-Bynoe), a personal favourite character of mine. He is the classic straight man, offering evaluations on the Twilight-zone-esque world he’s found himself in and voicing the internal monologue of the viewer. ‘The door was left open so someone put all our hair back in, and that’s a wild sentence for a lettings agent to say,’ he drawls, following a follicle-based incident. (‘There must be at least 25 strands,’ comments Sophie (Natasia Demetriou), not incorrectly.) ‘You think I’m having a meeting with a fish for jokes?’ He asks during Vasos’ team meeting, in which his dinner is being used as a talking stick.

However, uniquely to this series, Dean is not an outsider. Last series he was (perhaps unwillingly) pulled into the schemes of Julian (Dustin Demri-Burns), an agent fired from the lucrative ‘Smethwicks’ who was really rather bitter about that. But in this series, both Dean and Carol (Katy Wix) are pulled into the antics of the central characters far more closely. Wix shines in this series, revealing complexities and strengths to her character that were previously absent. These allow her to interact with the rest of the cast, humanising and endearing her to the audience. I think this is why this series is my favourite of the three. It thrives as a gang show, with the characters bouncing off each other and producing a tangible energy.

It’s this energy that invites the unique dialogue to come to the forefront. It’s barely a stretch to claim that Stath Lets Flats creates its own dialect, with Stath earnestly telling Al, ‘We point to the ones we crave,’ and lamenting that family is not always as simple as ‘a pretty picture.’ The characters reveal the inner workings of their brains through their utterances. It is less that they have no filter individually, and more that it seems that filters simply do not exist in the world of Stath Lets Flats. Stath asks aloud ‘Why does Carol look like a bath?’ when she arrives at work looking a little sweaty, for example, to the chastising of nobody.

Stath Lets Flats is a masterclass in escapist comedy. You will laugh out loud and forget your troubles for its thirty-minute duration. But days later, you’ll find yourself thinking about Al’s plight for Sophie’s affection, or Stath’s desperation to give Dina a good life. And you will realise that the genius of the show is how it works its way into your heart. I would encourage everyone to watch it.

Why Mythic Quest Is Seriously Underrated