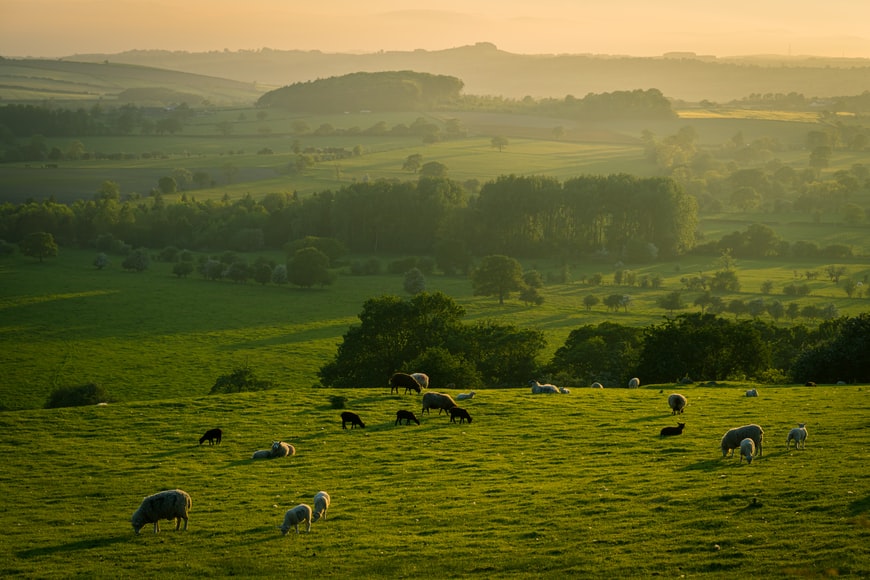 The English countryside is very heavily romanticised – a view that has only magnified among younger generations with the emergence of ‘cottagecore’ style in popular media. It is also hugely stereotyped – wealthy, upper-class conservatives living in an entirely separate world from their counterparts in the cities and suburbs. There is no denying that this stereotype rings true for many inhabitants of rural England; however, this stereotype has served to obscure the frankly shocking levels of rural poverty. From the need for food banks to generational and geographical isolation, rural poverty is an issue that not only deserves but desperately needs addressing in mainstream media and politics.

In September 2020, ex-Prime Minister David Cameron was photographed volunteering at a food bank in Chipping Norton, West Oxfordshire. This was met with a varied and surprising response online. Some were rightly pointing out that the Conservative government holds a level of responsibility for the increased need for food banks after Cameron’s policies of austerity, with this only worsening because of Covid-19. Indeed, the Trussell Trust has reported that the supply of emergency food parcels has dramatically increased in the past decade, with a 47 per cent increase from March to September 2020. The more puzzling response to Cameron’s volunteering, however, was the staggering amount of people questioning the necessity of a food bank in an ‘affluent’ countryside town. For me, this just emphasises the general ignorance that surrounds rural poverty.

From comments on Twitter joking that the Chipping Norton food bank gives out ‘truffles and champagne,’ to others claiming that ‘not many’ would need the service in the area, it became increasingly clear that the issue of rural poverty is simply not considered by many, let alone taken seriously. I was also taken aback at how many individuals who claimed to oppose Cameron took this angle – rather than lamenting the requirement for food banks in 2020, they inadvertently contributed to the erasure of those in need in the countryside. As much as they joke, rural poverty is not a minor issue. In 2017, a study from the Department for Environment, Food & Rural Affairs reported that 17 per cent of rural households live in relative poverty after housing costs, and 14 per cent live in absolute poverty.

Poverty in the countryside does not exist on the same scale as that in urban locations, but the difference between the two is much smaller than many expect. Of the 14 per cent of households in rural England living in absolute poverty, the statistic for their urban counterpart is 19 per cent. So why is rural poverty so under-reported? One of the reasons is the lack of official statistics vis-a-vis the health of individuals living in rural areas, particularly those who have difficulty accessing vital services. This is why it is so important to break down the stereotypes of the countryside’s inhabitants and be aware of the causes and effects of rural poverty.

From geographical to generational isolation, rural poverty can be a very alienating experience. This is also what sets rural poverty apart from other forms – of course, no poverty at all should exist in this day and age, but the ways it manifests in different environments creates very different experiences for those living in poverty. In terms of age, nearly a quarter of those in the countryside are over the age of 65, compared to 16 per cent in urban areas. Geographically, the physical distance from vital services such as GPs, food banks (and supermarkets), and schools place families living in rural poverty at a disadvantage. Combine this with the already dire state of public transport systems in the countryside, and anyone without a car is going to struggle to access the help available to them. The striking part of this is the fact that better investment in rural public transport services could address many of these issues – instead, rural communities are seeing the opposite happen.

Public transport and access to travel is even more vital in areas where travel by foot is simply not an option. With the sheer distance between rural villages and towns, you would think that a robust and affordable public transport system would be in place as a matter of utmost importance, but as evidenced by a report from the Campaign for Better Transport, this is far from the case. Most worryingly, this poorly funded and continuously-cut transport network impacts some of the most vital services, most notably healthcare. Whilst practically no households in urban areas live more than 4 kilometres away from a GP, one in every five rural households do. A report from Rural England in 2017 also found that access to vital meetings, such as those required for an individual to receive their Universal Credit payments on time, were also significantly impacted by poor public transport services. One interviewee reported having to make a ‘24 mile round walk’ to their meeting due to the lack of public transport availability – no one should have to do this to access the services they cannot live without. Those without access to a car are often left feeling ‘trapped,’ and it is clear that the services that are in place to help those in need are unnecessarily difficult to access. When there is one clear aspect of rural infrastructure that could be improved that would consequently make vital services more accessible, I am continuously astonished at the fact that these services are experiencing cuts rather than increased funding and widening of available services.

The digital divide is also ever-present in rural spaces, which has been increasingly impactful in the age of Covid-19 and remote school and work. In the digital age where internet access is paramount and often taken for granted, not having access to a reliable internet connection is detrimental. An Ofcom report found that only 77% of rural premises could access speeds above 30 mbps, compared to 95% nationally. Not only this, but the same report found that one in ten rural premises could not reach over 10 mbps. The combination of internet costs and sub-par speeds means that educational inequalities have only been exacerbated for those in rural poverty during the Covid-19 pandemic. Rural schools already struggle to break the ‘poverty-attainment link,’ and when learning has relied on internet access, the youth living in rural poverty are being let down by the government even more. The sidelining of those in rural poverty just means once again that those in the most need are left behind from a young age, with a worrying lack of resources and funding being allocated to address this.

These factors are all a part of the everyday realities of those living in rural poverty, and it is shocking that instead of addressing these issues, misinformation and ignorance remains at the forefront of public discussions. We cannot expect the lives of those living in rural poverty to improve if any discussion about the matter is met with jokes about the ‘affluence’ of these areas, especially when this is simply not the case for so many rural households. The trend of condemning impoverished families who happen to live in Conservative-majority constituencies is also counter-productive – no one deserves to live in poverty, regardless of who they voted for.

The straight-out-of-a postcard façade of the English countryside must not stand in the way of a true acknowledgement of rural poverty, and the possibility of legislation that could bring about meaningful change for all living in poverty, irrespective of geographical location. It is increasingly clear that the idyllic image and rich, upper-class stereotypes attributed to the countryside has caused rural poverty to be sidelined to the point where many do not even realise that it exists at all. The sidelining and erasure of rural poverty must be addressed in order to bring about greater support and funding to those in need: an increase in public services funding, improved infrastructure, and a society that actually shows empathy to those in rural poverty.