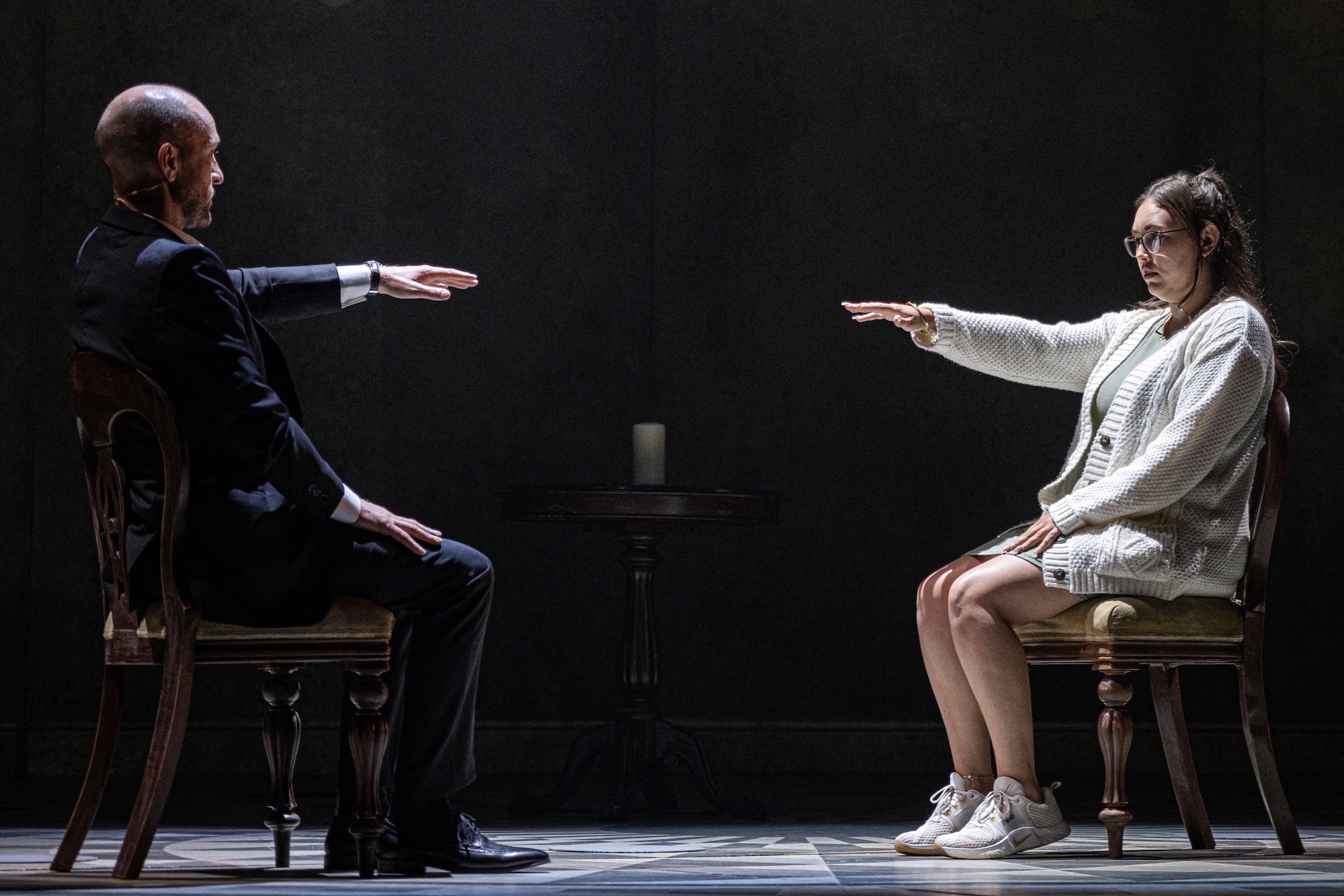 After leaving Derren Brown: Showman at the Alexandra, I struggled to even form a coherent sentence to express what I had just taken part in and how I felt about the previous two hours of my life. I would like to preface this review by explaining that Brown specifically asked that no details of the performance be mentioned in reviews in order to keep a certain level of secrecy and excitement for future audiences.

The time I spent sitting in the audience of Derren Brown’s show was an absolute rollercoaster, and in all honesty I am somewhat relieved about Brown’s secrecy rule as I am not sure I would be able to articulate anything that actually happened. If you are reading this confused, know that I am writing it equally as baffled.

I am not a particularly cynical person. I have gasped in awe at simple magic tricks and tend to believe in a lot of things other people do not, but during some of Brown’s ‘tricks’ (for lack of a better word) I felt incredibly sceptical. Of course, I cannot get into details but both Jennifer Prince (who I attended the show with) and I did not truly believe much of what went on when audience members were hypnotised by Brown both in the audience and on stage.

He explained that this would not work on everyone and we sat down disbelieving that the hypnosis had truly worked on anyone at all as we did not feel its effects. We sat down smugly, feeling as though we were superior for overcoming the mind games, only to be met with the shocking fact at the end, that we actually did not.

So, you may ask, were we hypnotised? The evidence points towards yes, but in all honesty, I could not tell you and I suppose that is what makes Brown’s show so brilliant – it messes with your mind when you least expect it to.

Although I had no idea what to expect throughout Brown’s performance, it did not enter my head at any point that I would be leaving the theatre with tears rolling down my eyes. Brown has an incredible talent for combining humour, dramatic tricks, mind manipulation, and sentimentality. The show, which was dedicated to Brown’s father, served as a reminder to the audience to value those they hold close, spread love, and remember lost ones fondly.

Towards the end of the show, Brown pulled out what I would argue is his best trick and again, while I cannot share the details of what happened, I will say (without giving anything away) that Brown was attempting to match up sentimental items to audience members. One particular part of this act, which combined a show stopping trick with a rather poignant life detail, resulted in a collective gasp from the audience, and here came the tears again.

As we left the show, baffled as to what had happened, we kept wondering how we had thought ourselves above the easy manipulation of the other audience members so vulnerable to hypnosis and then, at the very last moment, been shown solid proof that we had fallen for the exact same thing. The last ten minutes of the show sprung upon me an intense variation of emotions in such a short space of time. Fear, anticipation, amusement, sadness, and grief… this is not your typical cocktail of feelings, but somehow Brown had me experiencing them all at once and I am still unsure as to how. I suppose this is the beauty of his performance.

Do I think I know how any of it was pulled off by Brown? No. Am I still reeling from what has to be the strangest and most confusing show of my life? Yes. Would I recommend Derren Brown: Showman? Absolutely.