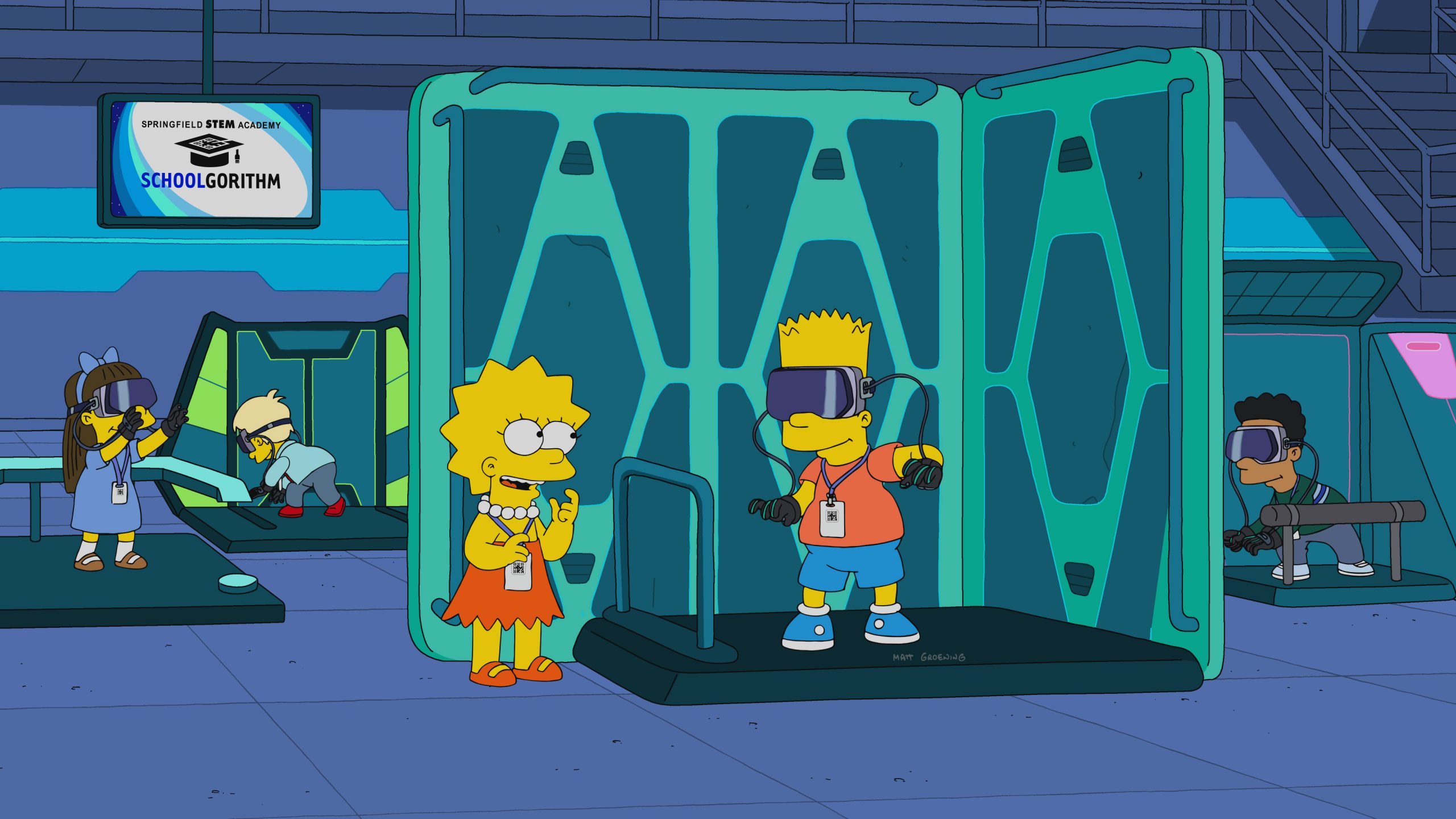 Television Critic Emily Faithful argues that The Simpsons’ ‘predictions’ aren’t prophesies, but rather are important warnings about social issues

Written by Emily Faithful
Published at 16:00 on 21 March 2020
Images by Twitter , @TheSimpsons

Ay Caramba! The Simpsons have done it again.

These days, The Simpsons seems to have more episodes than it does viewers. However, its success has been huge enough that even amongst young people the American nuclear family is a household name with a huge legacy in comedy and popular culture. Its other legacy, more unexpectedly, is its seeming ability to predict the future. This rose a lot of questions when Donald Trump won the American election – although probably not as many questions as the election result itself – as Trump’s presidency had been referred to 16 years earlier in the episode ‘Bart to the Future.’ The episode’s writer, Dan Greaney, said this was intended as ‘a warning to America.’ The Simpsons’ societal observations, sources of the satirical humour the show is famous for, perhaps deserve more than a quick chuckle, given that many of them are apparent prophecies of things that, it turns out, aren’t that funny in real life.

Some say it’s happened again. Whether an episode in which Springfield residents order juicers from Japan, infected with ‘Osaka flu’ by the factory worker who boxed them, counts as a prediction of the recent coronavirus outbreak is questionable. What we face today in 2020 does not yet have a vaccine, but it’s not the first time this has happened. In 2012 there was the Middle East respiratory syndrome – also a coronavirus. From 2013, there was the Ebola virus epidemic. In 1707, there was the Great Smallpox epidemic. It seems impossible that the world would never face the spread of another virus, so to say plainly that it would is barely a prediction. The outbreak of ‘Osaka flu’ acts as a plot device, and, indeed, it cannot be intended as a warning to the extent of Trump’s episode since there are virus epidemics just about yearly. But it’s still important commentary – the episode first mentions the power of advertising, and then suggests that regulation and government can be as strict as it likes, but it’s still enforced and practised by human beings who, as The Simpsons writers emphasise over, and over again, are basically idiots. The show’s famous cynicism promotes an attitude of care and attentiveness which, it suggests, does not exist where it needs to.

The recipe for making a successful prediction is having a common-sense point about a glaring contradiction, problem or inconsistency and then considering what would happen if this was not dealt with. For a writer on The Simpsons, these kinds of observations are crucial for making the wild episodes the show is known for. One would hope that it was also part of the job description of a politician, but the bias and rivalry evident throughout politics means that this is often not the case. It appears that cynicism and neuroticism are needed to keep bad things from happening. On the surface, however, these are not particularly reassuring qualities for a leader to have, so often this attitude is not the path to success in the way that confidence can be. Hence, it seems that we live in a world where writers of a cartoon, lacking agenda other than honest old comedy, are more aware of, or even concerned by, the dangers in society than those with the power to draw attention to them.

Should the world be run by television writers? Probably not. The ambition to prevent and manage inevitabilities has just as much value as recognising the inevitabilities themselves and, by definition, when we get this, we often won’t know about it. Nonetheless, the fact that these insights keep coming true, suggests that we are on the same trajectory we were when these episodes were made. In 1994 there was an episode which included a horsemeat scandal. They even predicted the existence of a three-eyed fish near a nuclear facility 20 years before this was confirmed. Whatever changes we need to make, aren’t happening. The Simpsons may satirise the state of the world, but it doesn’t offer any clear alternatives, like a communist revolution or anarchist revolt. Instead, it promotes critical thinking which, in a democratic society, is vital, and unlikely to be emphasised by politicians.

Of course, democracy is complicated. We’re compiled of people with different biases and values and traditions and voting strategies, which result in a government could be anything from ideal for the majority to the lesser of two evils, to having one desirable policy. In all, The Simpsons makes predictions any logical person could have made with the same information (apart from the mass of the Higgs Boson in 1998, which was pretty weird), hence there is value in seeking that information. What is far more difficult is stopping these things happening. Living in a house of five is complicated, imagine the complexity of living on a planet of billions.