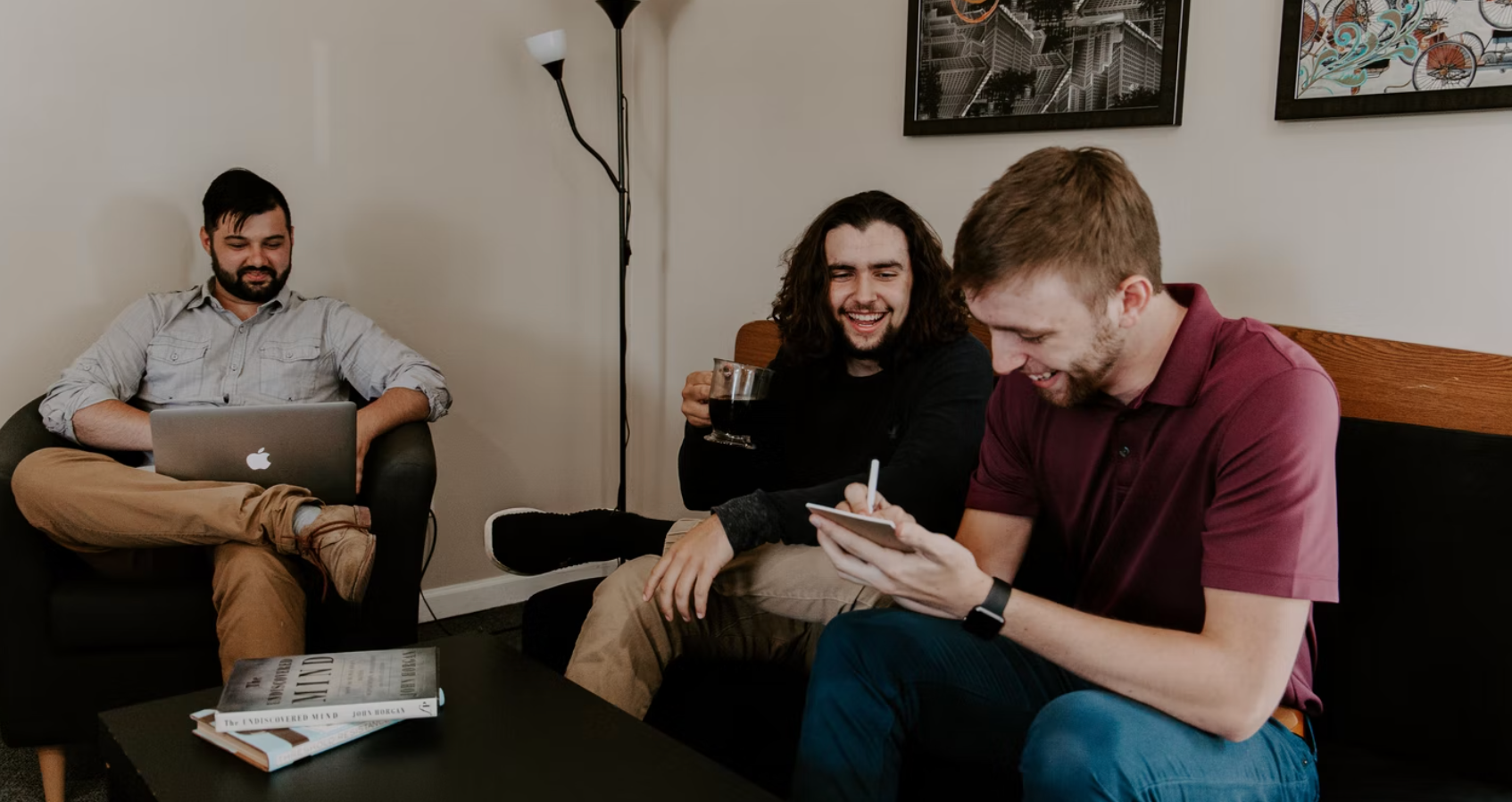 Social Secretary Ella Kipling sits down with a new University Society, ‘Mantality UoB’, to find out more about their aims to discuss issues surrounding masculinity in a safe, non-toxic environment

Ahead of their launch event – a talk from Acacia Matthews and a discussion on ‘a new male culture’ – I sat down with the students behind ‘Mantality UoB.’

Mantality UoB is a new student group at the University of Birmingham aiming to create a space on campus where issues related to masculinity can be discussed in an open, non-toxic environment. Tom Hutchinson, the Social Media Lead, explained that the name ‘Mantality UoB’ stems from their partnership with an organisation called Mantality, who ‘focus on breaking stigma among men, particularly around mental health.’

Eesa Kas, the society’s President, chose to set up Mantality UoB after ‘recognising the need for a space on campus where people can discuss masculinity.’ He said that this society was a ‘perfect way’ to start making a change to harassment culture.

For Kamran Jussab, Mantality UoB’s Treasurer, it was his involvement in university sport that led to him joining the society. ‘After seeing Eesa’s post on Fab, it resonated with me because I’ve been involved in uni sport from when I started and although it’s good because it gives that team feel, I’ve recognised how that environment can get toxic quite quickly and make others feel excluded,’ he told Redbrick.

There are very few spaces where men can socialise that do not end up ‘being quite toxic a lot of the time,’ Secretary Lewis James explained, which can be really negative both for the men in those spaces and the women in their lives. He affirms that Mantality UoB is about discussing not just issues for men, but for men, women, and non-binary people.

Their aims? Firstly, they want to ‘create a better culture on campus not just for men but for people of all gender identities. Another big aim of the society is to make a space ‘where people can talk about their emotions.’ Mantality UoB also wants to facilitate discussions about behaviour generally ‘at uni and in society at large.’ It is something that is talked about a lot on social media but I think people do not talk about it a huge amount with their own conduct and actions,’ Lewis said. The society hopes to start discussions about these topics ‘not in an accusatory way, but where people can reflect on their own behaviours.’

Despite this inclusion of women and non-binary people, when asked if the society and their committee would deem themselves feminist, Kas dubbed the question ‘a controversial one.’ He explained that he does not ‘care too much for the label of feminism,’ though he ‘certainly’ supports ‘feminism and women who are feminists.’ Hutchinson stated that the society’s aim is ‘to discuss masculinity not educate people on it. We just want people to open up and discuss and get to know themselves,’ he said.

James outlined discussions he has had with people over feminism and pondered ‘whether men can truly call themselves feminist just because of your position in society and things you can’t change no matter what you believe.’ However, he made it clear ‘none of us would disagree with feminism.’

What can future members expect from Mantality UoB? While they plan to host ‘maybe one or two events’ before the end of this year, next year is when they hope to see the most growth. Mantality UoB’s first event will take place on Thursday 28th April from 5:30pm in the Amos Room. This event will be key in setting the foundations ‘for how the society wants to pivot.’

‘A Vision for a New Male Culture,’ is open to anyone interested in joining the society and people of all gender identities are welcome. The current committee members will introduce themselves and the society, and incoming Guild President Acacia Matthews will discuss her vision for a new male culture. After that, students will break off into smaller groups where they can share their thoughts and ideas.

‘We want to make a really welcoming safe space where people can feel that they’re in a friendly environment and they can talk about anything they want to without being judged,’ Kas said of the event later this month.

Male Improvement or Misogyny: How Do We Decide Who Deserves A Platform?