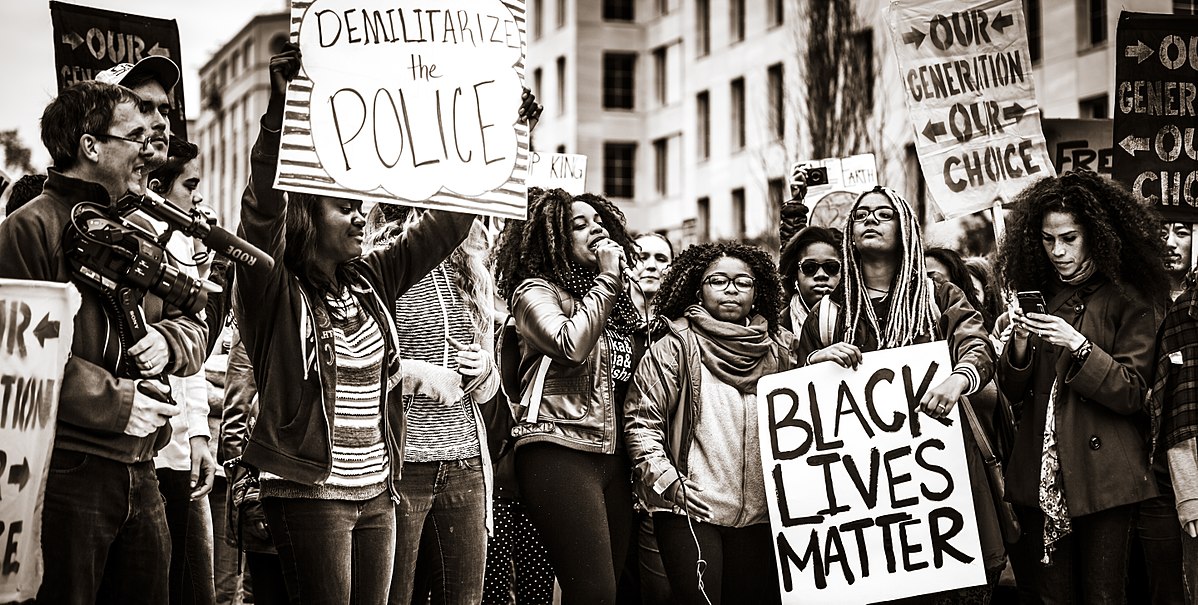 Comment Writer Robbie Sweeten talks us through the successes of the Black Lives Matter Movement, concluding with his views on the most significant impact of BLM

Written by RobbieSweeten
Published at 12:30 on 20 December 2020
Images by Johnny Silvercloud

The fight for long-term racial equality is only beginning, and BLM is at the forefront of the fight. In what seems a ‘quieter’ period of anti-racist activism, it could be easy to forget what the Black Lives Matter movement has achieved. In the past seven months the movement has radically changed the world and has demonstrated its potential to enact truly revolutionary changes in the future.

Arguably, the murder of George Floyd transformed American anti-racist politics. In the wake of Floyd’s death, BLM protests across the world dominated headlines. Finally, countries are speaking up about issues concerning racial inequality.

Belgium focused its racial equality campaign on the removal of the statue of King Leopold II. French protestors have addressed whether the country has honoured its commitment to equality. Germany is also battling against anti-racism. Despite its recent history of teaching Nazi history, the country has overlooked its racial discrimination against black Germans.

Police brutality, like in the U.S., has been the focal point of protests in Kenya, Israel, South Africa, Brazil, Canada, Australia, Jamaica and the Philippines. The reverberations of George Floyd’s murder is not only felt in the emerging conversations surrounding police conduct, but can also be seen in the way that BLM has the potential to facilitate long-term legislative change.

It is interesting to consider the potential impact of Floyd’s death upon voter turnout and polling in the November presidential election. George Floyd’s native state of Minnesota had one of the highest turnouts in the country, with 3.2 million votes casted of a possible 4.1 million. Furthermore, Minneapolis – the city where George Floyd was murdered – broke the city’s voting record with an estimated 237,000 votes  cast in November’s election.

What’s important here is to note the political capital of younger voters; the youth are making their voices heard, inspiring others and acting as a catalyst for societal change. By the 2024 election, more millennials will gain the right to vote and occupy an even larger proportion of the electorate. Considering young voters’ increasing tendency to vote progressively, the benefits of this may be reaped in the fight for racial equality. When we consider this alongside the way that the movement is undergoing a new wave of outspoken and vocal opposition to atrocities and inequalities around the world, the future seems unquestionably bright.

In addition to the potential legislative change signified by changing voter demographics, BLM activists have put forward the BREATHE Act, which aims to redirect money from the police to healthcare, job programmes, welfare programmes for disadvantaged, largely coloured communities and to develop new, non-punitive, non-carceral approaches to community safety.

Arguably, this act has a significant chance of passing. Laws that provide checks on police power have already been passed by 24 states. These laws include the banning of the chokehold and no-knock warrants, restrictions on the 1033 programme (which enables the police access to military equipment) and weakening of qualified immunity in some places. Further federal laws have been proposed by the Democrat Party such as Ending Qualified Immunity Act, Justice Policing Act and George Floyd Law Enforcement Trust and Integrity Act which aim to significantly weaken legal protection of workers and address and combat racial basis and excessive force.

This is not to say that white people ‘legitimise’ the movement; far from it. What BLM is doing, and has done, is raise awareness and voice abhorrence to the atrocities committed against African Americans. If we don’t partake in this, if we don’t recognise our privilege, we are directly prolonging racial inequality. Some may ask however, what is it to recognise our privilege? The truth is we don’t know. That’s because for a long time, white people, including myself, have not been consciously aware of our privilege. Arguably, there has been little collective consciousness about our privilege, but that’s beginning to change now.

Of course, I write this as a white male and race, as I’m sure other white people will agree here, is not a conversation that is ever focused on us. However, I was lucky enough to be invited to talk at the launch event for the Race Working Group – a newly formed group within the History Department at the University of Birmingham- that attempts to understand and tackle unconscious racial bias in the faculty. What I learnt from that event was that white people have a role to play in these conversations; if we ignore our privilege we further exacerbate racial inequalities; our denial of privilege is the embodiment of privilege.

Whites showed up with unprecedented support for the BLM protests during the summer, but we must not create a trend of sympathy support every time an African American or black Briton is killed by the police. The laws must be passed; we can achieve this through protests and lobbying of the government to tackle systemic racism.

But if we want to transform racial discrimination – or rather the unconscious racial indifference which has been embedded in Western society – white people need to talk about privilege, understand it exists and no longer settle for our own complicity in racial inequality. In my view, the conversations we are having about race and privilege is one of the most revolutionary impacts of the Black Lives Matter movement.

Twitter Suspends Accounts Claiming to be Black Trump Supporters, But is it Too Late?