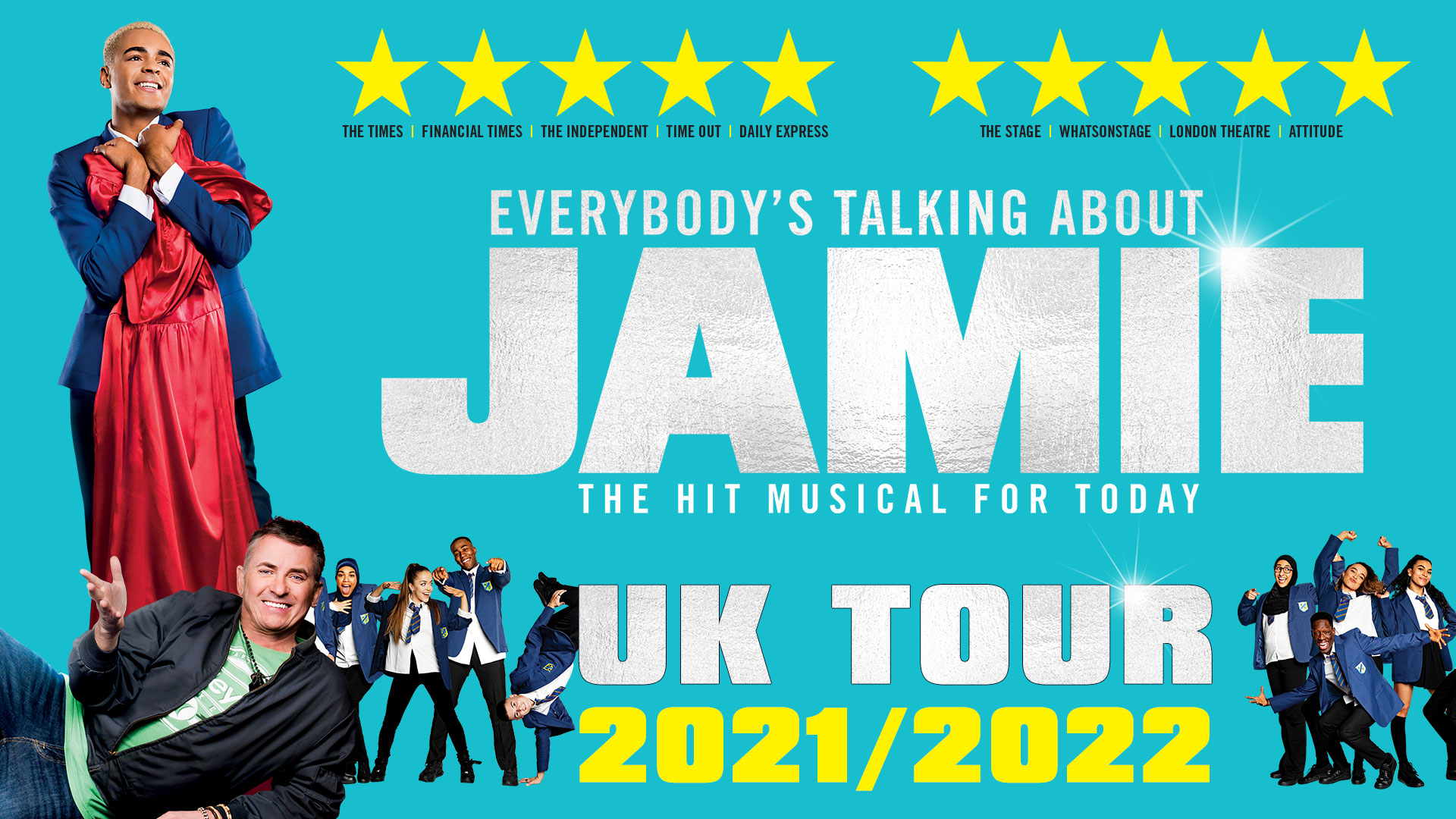 Social Secretary Ella Kipling reviews Everybody’s Talking About Jamie, praising everything from the casting to the flawless dancing and the joyous message of ‘being unique and loving who you are’

Everybody’s Talking About Jamie at The Alexandra was the triumphant return to live theatre I have spent the last year and a half hoping for. The musical tells the story of 16 year-old Jamie who sets off on a journey to become a drag queen and wears a dress to his school prom. Based on a true story and 2011 documentary Jamie: Drag Queen at 16, the show does not read as a sensationalized version of events, rather a realistic yet absolutely joyous telling of Jamie’s story.

Jamie features a number of recognisable stars including Shobna Gulati as Ray, George Sampson as Dean, and Shane Richie as Loco Chanelle. Layton Williams, playing the titular role of Jamie, is absolutely fabulous and was cast perfectly for the role. The dancing is faultlessly executed, as expected of the Billy Elliot and Bad Education star, but Williams’ acting is what truly made this musical the spectacle that it is. Williams brings soul and passion to the role and embodies the character of Jamie with a natural flair.

At some points, it is easy to forget that you are watching a stage production as you get sucked right into the story. The performances by the actors (in particular by Williams, Gulati, and Amy Ellen Richardson as Jamie’s mother) made you feel as though you were watching something real unfold on stage. The subtleties in the dialogue and nuanced delivery of the cast members provided a perfect balance to the theatrical nature of Jamie.

While Williams as Jamie is a shining star on stage, it is the characters around him that ground the show as a three-dimensional piece of art. It hit me during the first scene that I had never actually seen a woman in a hijab perform in a musical on stage, let alone two. This representation made the setting of a high school in Sheffield realistic and brought onto the stage stories that we may not have seen before.

Sharan Phull’s character Pritti gave the audience an unlikely leading lady, though the shy and clever Muslim girl as a main role only seems right in Jamie– a musical all about being different and choosing to love who you are. Phull’s performance was beautiful, and she had the audience in stitches in the final scene when Pritti finally cracks and yells ‘are you fucking kidding me?’ at the teacher who tries to ban Jamie from prom for wearing a dress.

The musical numbers were brilliantly executed, and while the ballads from Richardson and Williams were undeniably poignant, the group performances from the school children are without a doubt the best moments of the show. The energy, synchronisation, and sharpness of the choreography is something which often feels as though it is missing in modern musicals. But Jamie had this in abundance and as an audience member I felt a sort of sense of satisfaction watching the cast members bounce around on stage with seemingly endless energy but an exceptional precision.

Despite the fear that the adaptations to include Covid-19 in the show would feel forced and unfunny, the lines were written so subtly that I could really see those exact conversations happening in a classroom. A particular favourite was when one student argued that his father was a key worker because he is a locksmith, or when one girl called her classmate a ‘Lateral Flow Test’ because they are ‘all up in [her] nose.’

The simplicity of the school uniforms provided the perfect balance to the glamorous gowns and costumes worn by Jamie and the other drag queens. The set was simple, made up of moving school desks and a kitchen in Jamie’s house. The use of technology to change the backdrop worked in the show’s favour, often presenting an alternative perspective to the audience.

When shows attempt to create teen dialogue the result is often cringe-worthy and a slightly outdated stereotype of what older people think teenagers should sound like. But this is where Jamie shone for me and, when the opening scene genuinely made me feel as though I was in a high school classroom, I knew from the offset that I would be laughing for the next two hours.

I struggle to find a single thing to fault about this musical. Even the technical difficulty causing the production to temporarily halt during the first half could not dampen the energy of the cast on stage, and the class of Mayfield School sprung right back into action afterwards, never missing a single beat.

Jamie includes plenty of messages about acceptance, identity, and friendship, but despite some emotional moments (particularly those between Jamie and his father) this musical is an overall celebration of being unique and loving who you are. The dancing, the bright costumes, and the continuous jokes are all a testament to that. Does it matter that Jamie’s happy ending is obvious from the get go? No, because this show is all about joy and it is absolutely (and rightly so) unashamed of that.

Review: Priscilla, Queen of the Desert