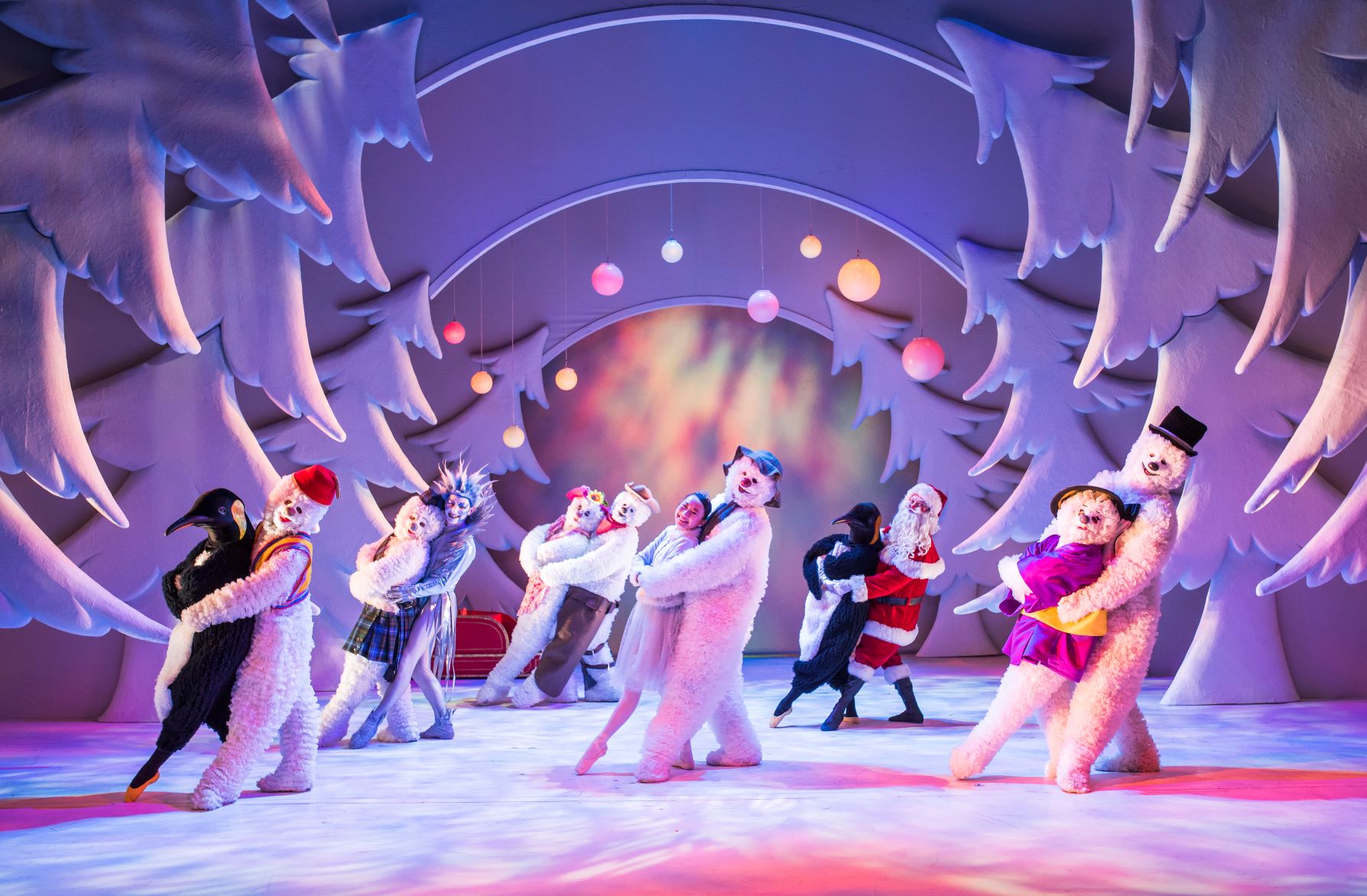 Culture Writers Frankie Rhodes and Joi Foote review The Snowman, finding it the perfect show to end the festive season

After enduring several gloomy January days, I was beyond excited to see a festive show – not least one that is based on a best-selling children’s book and hit song! The Snowman is the West End’s longest-running Christmas show and has come to Birmingham’s REP for just a few days to re-ignite some Christmas cheer. I expected a bit of family fun, but what I did not anticipate was to be blown away by the magnificent dancing, orchestral music and storytelling.

The curtain opened to reveal the interior of a winter cottage, where a little boy excitedly prepared for bed on Christmas Eve. Perpetually falling snow immediately set the scene, and the audience watched as the boys’ fluffy snowball eventually grew into a life-size taffeta snowman. From the very beginning, the orchestra provided beautiful lyrical themes, and quirky incidental music, corresponding with every character’s slightest jolt.

With a red nose and fixed smile, Fenton was a Doctor-Zeus-style snowman, exerting a loveable waddle as he pranced around the stage.

Soon, the audience were introduced to the ensemble, firstly dressed in pastel-coloured coats and bobble hats as a choir of carol-singers. While it was slightly unusual that they did not sing or play their instruments live, the miming did have a calming, peaceful effect. Later, the ensemble became a crowd of jolly snowmen, complete with a Harlequin-style Santa Claus.

My favourite characters were the animals, who ranged from bambi-esque reindeer to wobbly penguins. Each animal had a dancing style that captured their energy, and I particularly enjoyed the graceful jetes of the timid squirrel. In amongst the furry creatures was an elegant ballerina – Ana Freire – and her pas de deux as the Ice Princess alongside the Snowman was unexpectedly beautiful.

I was amazed to witness so many forms of dancing, and performed effortlessly in extravagant costumes, making this far more elevated than your average Christmas pantomime. My favourite set piece was a passionate tango involving Jack Frost, the villain of this show, portrayed by Jack William Parry. With his spiky lyrca-suit and mid-air splits, he was one of my favourite characters, and his sulky, petulant nature kept the tone light for the many children in the audience.

Of course, there is one element of The Snowman that the audience waits with baited breath for. Everybody knows the scene with the Boy and the Snowman ‘walking in the air,’ and without giving anything away, I will say that the REP’s flying scene was astonishing. As this show has been running for twenty-five years, there is the risk that it could become predictable, but the REP’s version felt fresh and modern. There was even a metatheatrical part where the Boy and Snowman flicked a light-switch on and off, exposing the mechanics of the scene and allowing the crew to change the set in an innovative way.

With the Birmingham Royal Ballet performing The Nutcracker every year, The Snowman certainly has a standard of excellence to live up to, but I must say that I enjoyed this show even more. Its playful, cuddly quality was heart-warming to all members of the audience, regardless of age. Make The Snowman your next festive theatre tradition, and watch out for the frosty surprise at the end!

The Snowman made its way to the Birmingham Repertory Theatre this January; for four days only, families can delight in the live dance show that has become a Christmas tradition. As ‘the longest-running Christmas show in English theatre history’ what better way is there to bring an end to the festive period?

Based on the book by Raymond Briggs, the performance follows a young boy on Christmas eve. When his snowman magically comes to life, they embark on a journey that brings them face to face with Santa Claus himself… but not before we are greeted by some foxes, dancing penguins, and an Ice Princess (Samantha Rodulfo). However, when confronted by the evil Jack Frost, will they make it back home in time for Christmas?

The performance was accompanied by a live orchestra led by composer and lyricist Howard Blake. They eloquently captured the emotions of the characters and opened with an acoustic version of ‘Walking in the Air’. The hit song written by Blake for The Snowman was again played as the snowman and the little boy proceeded to float through the air before us.

At times audience participation was encouraged, for example, to clap along and cheer as the characters broke out in dance. Despite the diversity in the audience, those both young and old relished this performance. It was playful and easy to follow. To top this performance off it ended with snow falling upon the audience. A perfect ending to what was an entertaining performance.

Book Wormhole: Skin of the Sea

Exhibition Review: Bags: Inside Out at the V&A