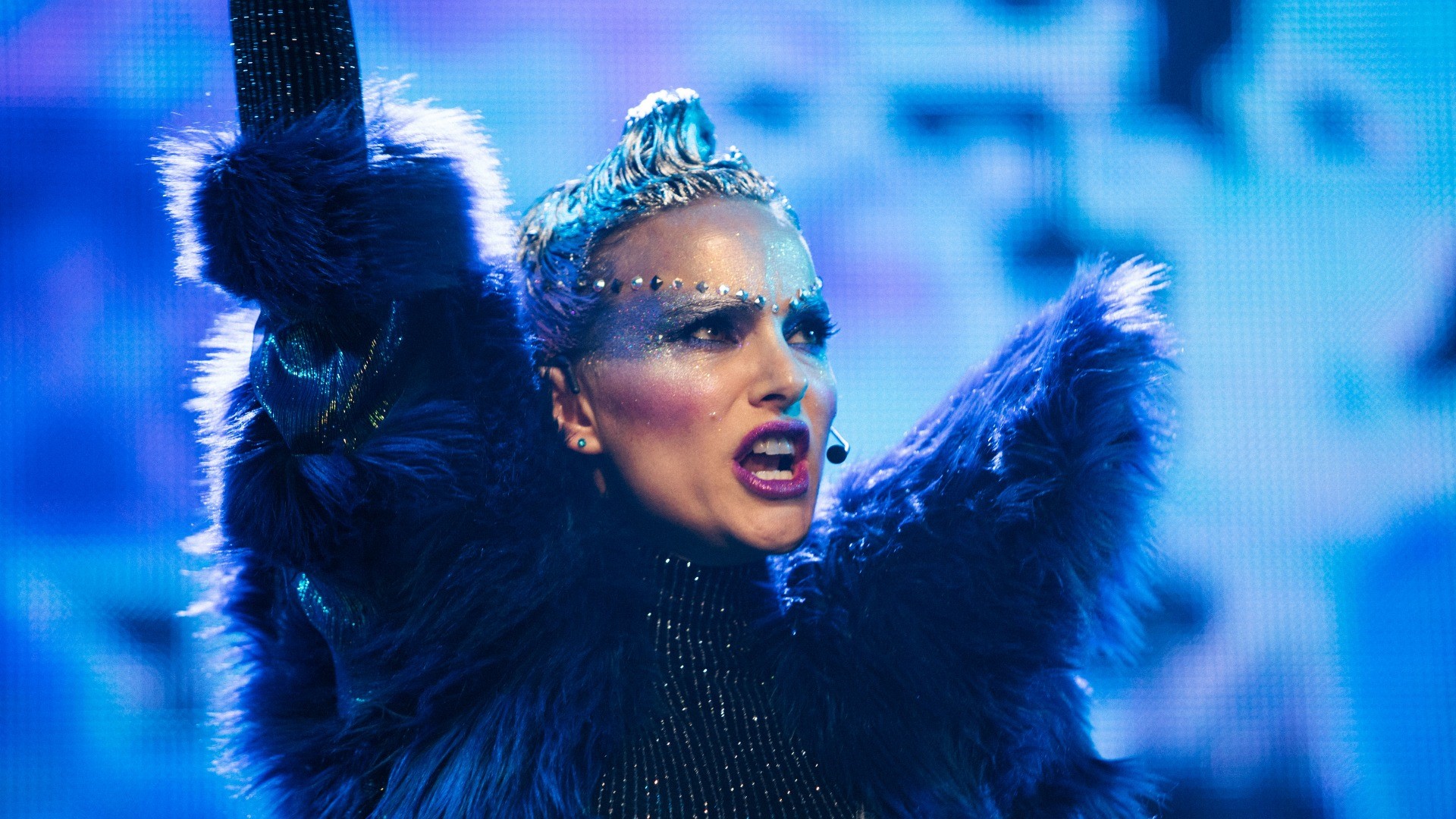 Gaming Editor Alex Green takes a look at the recent Vox Lux and its depiction of mass violence, finding it sadly leaves a bad taste in the mouth

Written by Alex Green
A chemistry student, film fanatic and gamer. I tick all the geek boxes. Also loves a good waffle, whether it's the food or rambling about whatever.
Published at 09:00 on 23 July 2019
Images by Curzon Artificial Eye

Trigger warning: Depictions of gun violence and a school shooting

With the proliferation of social media in all areas of life, we are sadly exposed far too often to some of the horrors of our current world. One such current crisis is the abundance of mass shootings in the US. According to Gun Violence Archive, there have been 180 mass shootings this year alone across the pond. The gruesome and disturbing abundance of these events has naturally given rise to film executives around Hollywood sniffing an opportunity to examine them. Of course, doing this requires deft hands at work from director, cast and crew to put together something that is appropriate. But in a day and age where we are exposed to these crises so much, is there even a tasteful way to do this?

Well, Vox Lux released a month back and took on the responsibility. The film is centred on the story of the only survivor of said shooting, Celeste, who goes on to become a pop star at the cost of her wellbeing. The film is largely very good, but it lets itself down in parts due to its lack of character growth in the second and third acts. That said, it is a gorgeous film with plenty of thematic discussion on the pitfalls of fame and survival. Natalie Portman gives a convincing central performance as Celeste, the pop star whose personal life is crumbling around here, giving her a nuanced rage and pain to add to her superstar personality. Whilst not entirely nailing its overall ideas, there is a lot here to discuss. Hence, critics were quick to praise plenty of the film’s elements, deservedly so. That said, the film opens with one of the boldest openings so far this year. With the importance and weight that comes with representing these deadly events, importance should also be placed on our response to these events, how they are depicted and hope that we improve, given the escalation of showing shootings on our screens. Take 22 July, Paul Greengrass’ film released on Netflix last year, which showed the Norwegian terror attacks of 2011 in extensive detail. The same event was similarly depicted in Utøya: July 22 around the same time, with both taking varying approaches to the event (the latter has the perpetrator as a peripheral figure).

When it comes to Vox Lux, it gets one thing very right: we don’t understand the killer. This might be a strange, even dangerous, idea to promote, but director Brady Corbet, who largely helms the film with great depth and attention to detail, is wise to ultimately make Celeste the most important character. The shooter is presented as an individual who we don’t know – we merely see him set up and carry out the ordeal (a sickening act). However, Vox Lux has a central desire to present the shooting as a tragedy that can be overcome. Adding nuance and depth to the shooter would be a grave error for a film which is not looking to display an understanding of how someone could carry out something so horrific. Instead, we get a cold, very brutal scene where we do not get the privilege of understanding the motives or any mental illness that aided the issue. This thematic consistency of placing the shooting in the framing of the survivor as opposed to the offender gives the scene a key sense of accountability.

That said, watching Vox Lux feels like a bruising experience – a distant piece of filmmaking. Sitting in the cinema made me feel emotionally stricken, and the opening was mostly effective at doing this. But then something happened. Something that turned the emotional coldness to an emotional anger. It has to do with the blocking of a SWAT agent. The term ‘blocking’ refers to the actions of an actor in relation to the camera. Positioning actors in a scene is obviously a small but necessary part of a director’s vision. Whilst ‘blocking’ initially was based in theatre with the performance on the stage, on the big screen it includes how actors will be positioned in a scene and where they will be moving. This technique underlines an inherent problem with the shooting in Vox Lux. The SWAT team arrives, and we follow one agent walking into the music room. The camera follows tightly behind the back of the SWAT agent. We see the dead teacher lying motionless to his right. The camera follows behind and he moves forward, and we see the shooter. He also is deceased. In the next couple of seconds, the agent moves to the right of shot, revealing the grizzly, awful sight of the back wall caked in blood and numerous students dead. This is how Vox Lux chooses to open. It’s this movement that feels wrong. Now in all fairness, this can seem trivial. In all fairness, the horror of a school shooting is depicted as horrifying as it can be. These aren’t the problems. The problem is how the dead are revealed to the audience through the concept of ‘blocking.’ The victims apart from Celeste are people we don’t get to know. All we see of them is their corpses, shown through the magic of ‘blocking’ like a magician pulling a rabbit out of a hat. It’s an intentional directorial decision that feels like cinematic flair for something so real and terrible that it cheapens the dead we see, in a somewhat sinister way, into merely a mass of bodies, not the terrible scene of promising young lives lost. It pushes the boundaries of taste by trying to employ blocking to reveal the scene as opposed to just show the scene for what it is. If we are to see these events (less often than we should be seeing right now), depicting them with this such flair feels misguided.

Through one decision that is hard to forget, Vox Lux leaves a bad taste in the mouth. Whilst the film at large has plenty to celebrate, it should also serve as a warning to the possible distasteful ways that modern acts of terror can be displayed in a cinema. Hopefully, directors will not sacrifice tact for the art of their films.

Vox Lux is out now on DVD and Blu-ray.