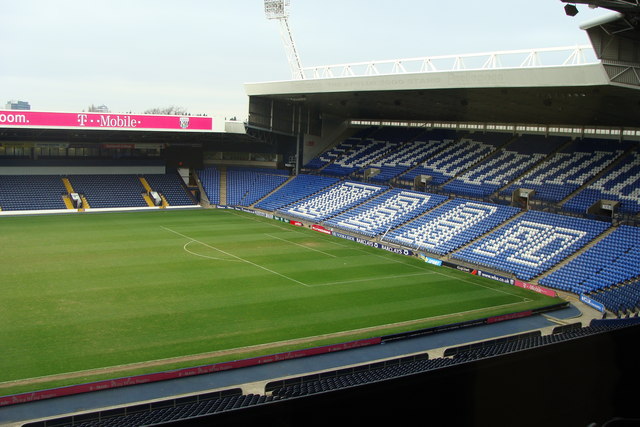 Sport Writer Harry Shersby-Wignall looks ahead to the 2020/21 football season, assessing what’s ahead for the sides in Birmingham and the surrounding area

Not even two months have passed since the 2019/20 domestic football season ended, but this weekend it starts up again. A shortened break was necessary after COVID-19 put the sport on hold throughout spring and early summer and, although stadiums will remain empty for the time being, the 2020/21 season will get underway this weekend. Football, even in a pandemic, never stops.

For the four West Midlands clubs in and around the Birmingham area, there are plenty of intriguing storylines. A managerial change for a team looking to reverse its fortunes. A newly-promoted side desperate to avoid the drop. A club defying conventional wisdom and dreaming of Europe. For local fans, it promises to be fascinating.

Without further ado, let’s take a look at where each team stands ahead of the new campaign.

With the Championship restarting on Saturday, new Birmingham boss Aitor Karanka will be looking to steady the ship after a turbulent past few years at St Andrew’s. The Blues will be looking to turn a corner after their wretched post-restart form last season, in which they failed to register a single win. In fact, Birmingham have not taken three points since the second weekend of February – a damning fact which shows the size of the task facing Karanka.

Since the Spaniard’s arrival, City have been busy in the transfer market with many faces leaving. In terms of incomings, Blues have brought in six fresh faces, with George Friend and Adam Clayton linking up with Karanka. The trio won promotion to the Premier League while together at Middlesbrough in 2015 and will hope that the reunion will bring more success.

With work to be done and money to be spent, Karanka has openly stated that he is still after a striker and goalkeeper to bolster his squad.

Blues fans will be desperate for their new boss to repeat his achievements at Middlesbrough by ending Birmingham’s torturous nine-year stay in the Championship and guiding them to the Premier League.

Blues kick off their campaign at on Saturday with the visit of Brentford, last season’s beaten play-off finalists

After Baggies’ boss Slaven Bilic clinched promotion back to the Premier League in his first season in charge, he will be looking to consolidate the club’s top-flight status after spending two seasons in the Championship.

Albion have been busy so far in the transfer window, tying down two of last season’s top performers in Grady Diangana and Matheus Pereira on a permanent basis from West Ham and Sporting Lisbon respectively. The pair spent the 2019/20 season on loan at the Hawthorns before Bilic splashed the cash, with the duo costing a combined £20m. Elsewhere, defender Cedric Kipre, has made the switch to the Black Country from Wigan Athletic.

West Brom will be hoping they can replicate the likes of Sheffield United, who enjoyed a successful first season back in the top-flight last campaign. Bilic, who already has Premier League managerial experience with West Ham, will still be looking to bring in new faces, whilst also aiming to maintain the same team spirit that saw them seal automatic promotion last season.

Having been labelled a ‘yo-yo’ club in recent years following their consistent switches between Premier League and Championship football, the Baggies will be desperate to show they belong in the top division. With the quality they have added already in Diangana and Pereira and possibly more still to come, they have a great chance to do just that.

Wolverhampton Wanderers continue their surge in English football after another top-half finish in the Premier League. Despite just missing out on Europa League qualification, they progressed to the quarter-final of the competition before falling valiantly to Sevilla.

So far, Wolves have had an eventful transfer window with significant movement both ways. Experienced right-back Matt Doherty ended his ten-year stay at Molineux, joining Tottenham in a deal worth £15m. The Irishman will take some replacing, but the arrival of full-back Marcal from Lyon slightly softens the blow of losing a club legend.

Never shy to make big moves, Wolves have also reinforced their options going forward, bringing in the 18-year-old Fabio Silva for a club-record £36m – making him one of the most expensive teenagers in world football. The Portuguese striker has only made 12 league appearances, netting just once.

The club’s biggest task this window will be to keep hold of talismanic striker Raul Jimenez, who bagged 27 goals in all competitions last season.

Since the takeover of Chinese firm, Fosun and the partnership with ‘super-agent’, Jorge Mendes, Wolves have enjoyed a meteoric rise from League 1, and are fast becoming a regular fixture at the right end of the Premier League table. The next step for them will be to cement a spot within the top six, with an ambitious eye kept on the Champions League places.

After fortunately escaping relegation last season, Villa are set for their second successive season in the top-flight following a spell in the Championship. A 1-1 draw at West Ham on the last day of the season was enough to secure their Premier League status.

Following a spending spree last summer, which saw over £120m paid on the likes of Wesley, Tom Heaton, Tyrone Mings, and Douglas Luiz, their poor recruitment saw them languish near the foot of the table for the whole season.

There has been less transfer activity this off-season, but Dean Smith’s men have brought in Ollie Watkins from Brentford, in a deal that could be worth up to £33m.  The striker was one of the best players in the Championship last season, scoring 26 goals as the Bees came within a game of promotion. The Villains struggled to score enough goals last season as they lacked quality in wide areas and up front, so this addition should fill a void. At the back, defender Matty Cash has been brought in, signing from Nottingham Forest.

Villa were scheduled to start their campaign with a tough trip to Manchester City this weekend, but due to City playing Champions League football into mid-August, the match has been postponed to a later date.

Smith’s men will start their season against Sheffield United at Villa Park on the 20th September – a fixture which last season was marred by controversy as Sheffield United’s ‘ghost goal’ was not detected due to a fault in goal-line technology, which ultimately kept Villa up.