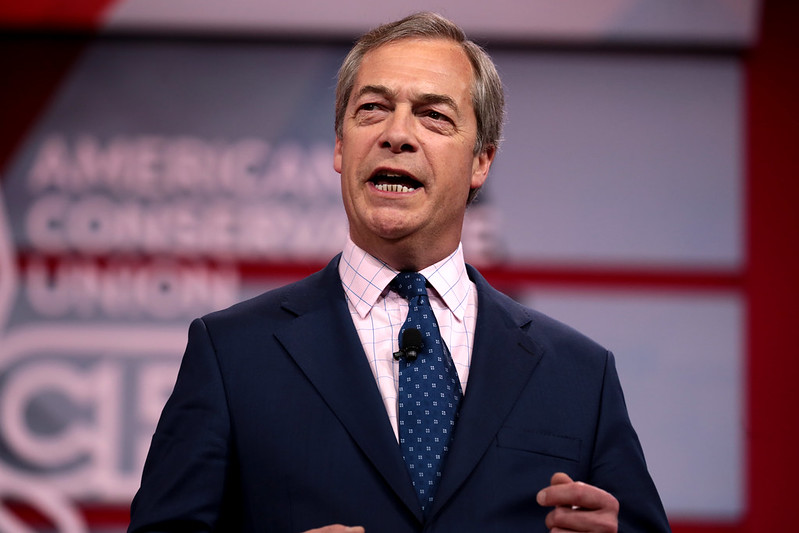 What Nigel Farage is Really Getting Out of Cameo

Comment Writer takes a look at Nigel Farage’s foray into video-sharing platform Cameo, arguing that the move is not as harmless as it may initially appear

After his announcement that he was retiring from politics in March, few believed this was the last we would see of Nigel Farage. Apart from his time as leader of both UKIP and The Brexit Party (now Reform UK), Farage made himself known as a media personality including his three-year run on LBC and appearances on Have I Got News For You. So it is not exactly surprising that it only took one day for Farage to announce the next move in his career, but many were shocked that he chose Cameo as the platform to do so.

Farage is not the only politician on the video-sharing platform where fans can buy personal video messages from their favourite celebrities. Big-name politicians like former Speaker John Bercow and American Vice-Presidential candidates, Sarah Palin, are also on the site, but it is Farage’s Cameos that the internet seems to love. A recent video, in which he sends birthday wishes to ‘Hugh Janus’ went viral and has been branded a ‘prank’ by various news sources, but Farage is not the humiliated victim of a cruel joke, this is exactly what he wanted.

Most pranks do not involve paying the victim £75 (Farage’s fee for a 20-second video), or advertising this £75 service, encouraging more traffic to his site. With the number of videos he is making, Cameo is clearly a lucrative platform for Farage, and as the videos get spread around the internet, it seems more and more money will be coming in. However, I do not think money is the main reason for Farage’s willingness to repeat apparently humiliating phrases to be shared across the internet.

By allowing his face to be shared in a comedic setting, even if the joke is supposed to be on him, Farage is building the rehabilitation of his image—from a divisive political figure to a fun internet personality. Seeing Farage’s face on the TikTok ‘For You’ page no longer means eye-rolling about his political opinions, it now means a funny video referencing popular video game Among Us or 4chan meme ‘Big Chungus,’ and soon some people may start to soften on the political opinions they once despised too.

So does this mean Farage is building a political comeback? Well it would not be the first time a once controversial politician has used media appearances to rehabilitate their image before returning to politics. In 2010, Ann Widdecombe stood down as a Member of Parliament after a controversial career of voting against LGBTQ+ rights and for the death penalty. Later that year, she appeared on Strictly Come Dancing, in what some may have assumed to be a demeaning role as the ‘joke act,’ but each week she got thousands of votes and the nation quickly forgot about her politics. This meant that when in 2019 she stood as a Member of European Parliament for Farage’s own Brexit Party, it was as Anton du Beke’s funny partner, not the women who supported pregnant prisoners remaining handcuffed while giving birth.

Despite his public persona, Nigel Farage is not a stupid man. Perhaps he did not initially understand some of the references people were requesting on Cameo, but I am sure he does now, yet he continues to make the same videos. The videos are particularly popular among Gen Z, the majority of whom did not get to vote in the Brexit referendum, but are coming of voting age now. Though Gen Z are overwhelmingly against Brexit, they do not have lifelong political affiliations of older people, making them an easy target for political manipulation. Young people are also more likely to feel detached from politicians, so using social media is important in connecting with Gen Z. His Cameos are often reposted on TikTok, gaining thousands of likes, so Farage has managed to find a way to get paid while marketing himself on one the most popular apps among young people. Maybe Farage initially planned on using Cameo as a quick way to make money, but it is now an easy platform for him to gain support from Gen Z on, both for himself personally, and the causes he so publicly supports.

The TikTokers who purchase Cameos in an attempt to humiliate Nigel Farage are supporting him not only financially, but also politically, whether they realise it or not. Perhaps I am a humourless looney leftie, but to me, there is not much funny about the man responsible for dividing the country repeating a 20-year-old joke from The Simpsons.