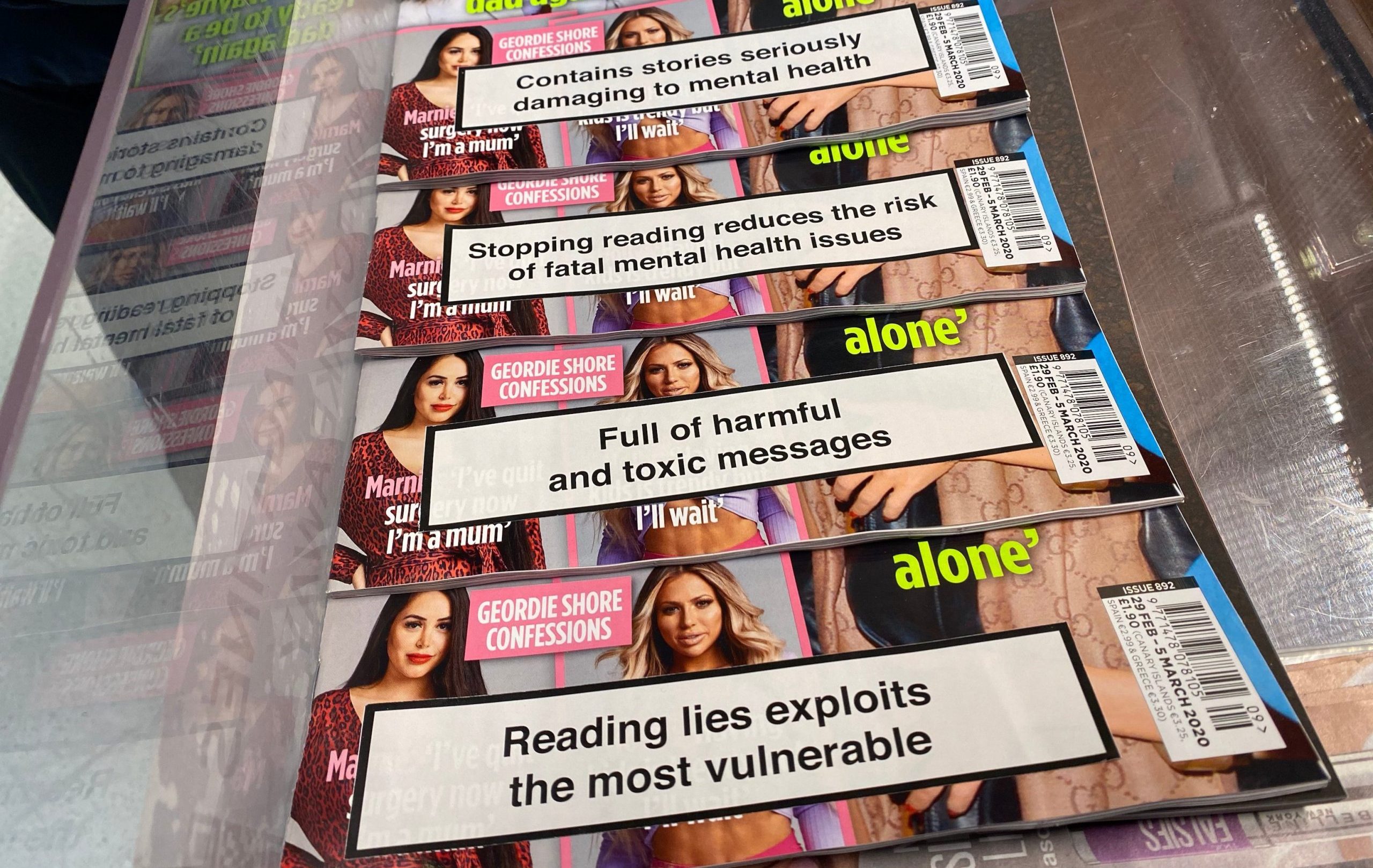 Why Salons Are Banning Gossip Magazines

Gossip magazines have been around for years, they cater to society’s deeply ingrained desire for juicy stories in the media. Whether stacked up next to the supermarket checkout or scattered across the table in hair and beauty salons, these types of magazines are easily accessible. Often, they will include comments on celebrities’ weight, relationship turmoil, personal issues and other generally intrusive and hurtful articles. Although it may be argued that these are simply an easy read and a way to pass the time, just like watching reality TV, the messages they enforce are much more harmful than they may seem on the surface.

In light of Caroline Flack’s tragic death and the ruthless media coverage of her personal life, hair salons around the country have taken a stand against these types of gossip magazines and many have banned them from their establishments. The Boutique Hair and Beauty Salon in Cullompton decided to boycott them. The salon posted on Facebook stating, ‘With the devastating news about Caroline Flack we will not be promoting these magazines that slate people’ and called for other salons to join them. Both men and women are targeted in these publications, but more often than not the covers will include unflattering pictures of female celebrities with stories focusing on their appearance. They criticise women’s weight gain, signs of ageing and include photos attacking how they look without makeup on. Our culture’s obsession with drama and finding the faults in others is extremely worrying and gossip magazines encourage this. It’s time we realise that celebrities are also human and the words in these articles do have real consequences.

To raise awareness about the damaging impact consuming negative media can have on our mental health, Ads DeChaud and Phil Le Brun have created cigarette packet style warnings and stuck them over the front covers of gossip magazines. The Wonderhood Studios employees worked with ‘Visual Diet, an initiative that encourages people to become more conscious of their visual consumption’. They have started a petition entitled ‘Start putting mental health warnings on Tabloid Magazines’ in order to gain the support of others.

The boycotting of these publications suggests that we are beginning to recognise the impact of consuming toxic media. The week after Caroline Flack’s passing someone on Twitter bought Matt Haig’s book, Reasons to Stay Alive for a stranger as it had helped her when she was struggling with her mental health. On his Instagram, Haig shared how ‘Big Green Bookshop-picked up on this and soon hundreds of people who had read the book were offering to pay for other people to have it too’. Haig’s book recalls his personal struggles with anxiety, depression and suicidal thoughts and documents his recovery.

Despite the negativity of gossip magazines, there are many positive publications that promote mental health awareness and self-care. For example, Happiful Magazine seeks ‘to provide informative, inspiring and topical stories about mental health and wellbeing’. In addition, independent, Manchester magazine, NOUS, aims to ‘promote open-mindedness in society’ with each issue including ‘short stories, interviews, poetry, and essay exploring one chapter of our mental health’. Such publications spreading positive messages surrounding mental health and self-care require continuous momentum of support in order to take precedence over gossip-filled tabloids, whose impact has proven detrimental to both the celebrities being written about and the consumers reading, as for now, however, this remains a problem that still needs solving.

The Growth in Sobriety

The Tattoo Taboo in the Workplace