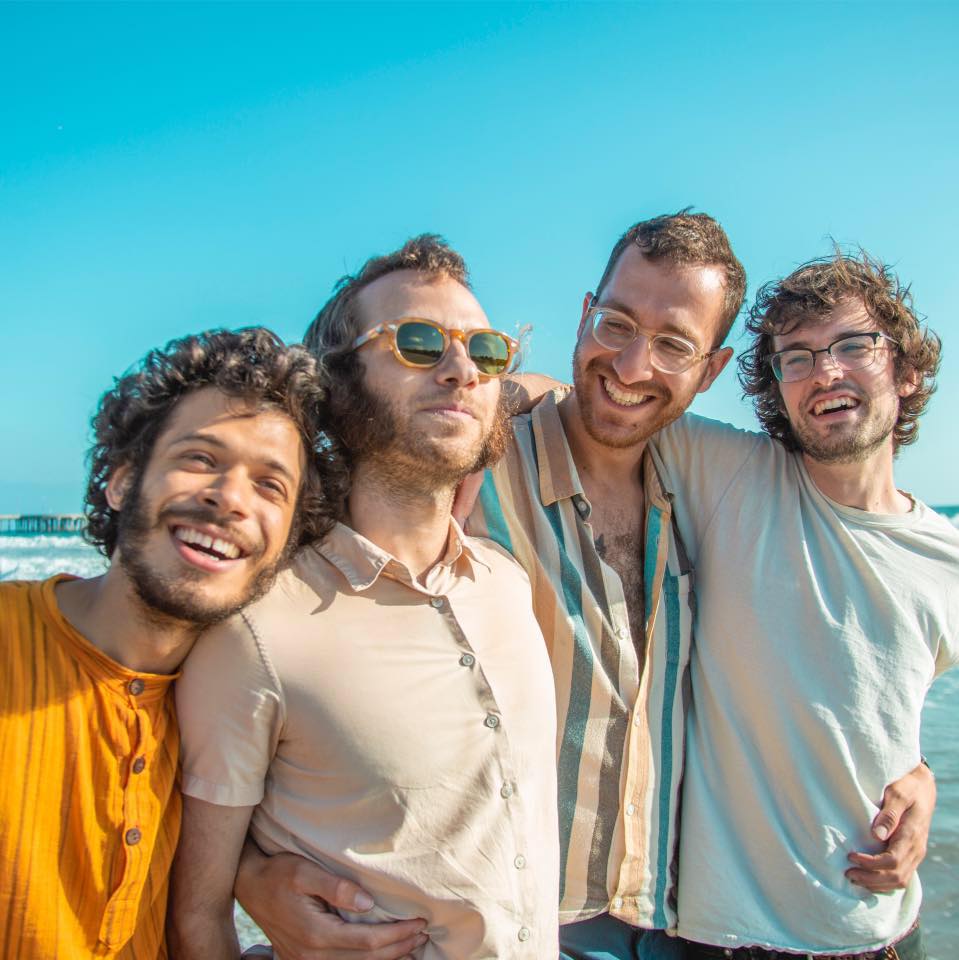 Music Writer Sarah Mawson dives into the unique project that is Young Jesus’ latest record, finding it to be just the right side of pretentious

Written by Sarah Mawson
American and Canadian Studies student
Published at 13:30 on 30 August 2020
Images by @Young Jesus on Facebook

It takes a special sort of band to make a career out of lyrics so poetic they border on nonsense and frequent 10 minute long songs all the while remaining on the right side of pretentious. Young Jesus is that band. In the ten years they’ve been releasing music they’ve been put in half a different genre boxes; post rock to modern rock to art rock, called shoegaze musicians and once a ‘philosophy jam band’, but never self-indulgent. It’s the sincerity of their music that has allowed them to continue with such shenanigans as having 20 minute long closing tracks (as they have on their 2018 release The Whole Thing Is Just There), meandering interludes in the middle of songs, and drastic mood swings that alter a song beyond recognition of what it sounded like in the first minutes. It is the sincerity and the fact that the music is brilliant that are stand out; almost every musical choice this band makes, no matter how questionable, works. Welcome to Conceptual Beach is no different. If anything it’s more exploratory than their previous work, showing clear jazz, synth-pop, and choral influences, yet avoiding the risk of alienating fans by having their rock foundations remaining a strong undercurrent throughout the album.

The album’s opener, ‘Faith,’ is a journey through shimmery synthesised vocals and dark, moody guitars that eventually fades into a more serious, more classically Young Jesus sound as frontman John Rossiter’s voice becomes the central pillar of the song with stark but brilliantly supportive guitar and drums. Though the lyrics begin cynically as Rossiter describes feeling alone and out of place, eventually the message reflects its shimmery beginning, the line ‘we just might grow’ repeated until it’s lodged in your brain. ‘Faith’ serves as a strong start to the album, showing the experimental abilities of Young Jesus in the first half of the song and the core sound of the band in the second half. Though the song grows much heavier in the second half, contrary to its lyrically optimist trajectory, it never stops sounding cohesive. Young Jesus are masters of this, of creating gestalt: something that is more than the sum of its parts. This has become part of their signature style without becoming a gimmick and they do this better than ever on Welcome To Conceptual Beach on tracks like ‘Lark’ which wades in and out of slow languishes, blurs of instrumentation, sections of rhythm accompanied by talking in the background that make it sound like jam session outtakes, back to a building and falling melody in the last four minutes that could be a song on its own. It should be disjointed but instead it’s easy to get carried away with the flow of the organised chaos, the kind of song you could accidentally end up brushing your teeth to for 12 minutes.

The second single released before the album, ‘(Un)knowing’ is another example of this, a seemingly slowcore track until a sudden crescendo halfway through. The lyrics go through a similar metamorphosis. Rossiter begins with a meditation on life, its worth and the emptiness it can hold as he sings in abstract concepts like phantom limbs, suggesting feeling something strongly that in reality is painfully absent. However the tides change with the sound at the crescendo as the vocals dive into a desperate lament, pleading for the ‘perfect things’ of dreams, ultimately ‘knowing I may not find peace’ and resigning himself to forgetting ‘these lonely depths.’ ‘(Un)knowing’ presents a shift in the focus of the band’s lyrics from previous records, a depart from the panic and reminiscence that saturated the last two albums (both of which are fantastic) and into both sunnier and (somehow) more philosophical reflections on life as a bigger picture. Rossiter’s new look at the present and the future is clear and refreshing, and though the immersive stream-of-consciousness lyrics have thankfully remained there has also been an increase in verses that sound like the result of a calmer mind, specifically on first single from the album ‘Root and Crown,’ an almost hymn-like track that uses a natural analogy to express Rossiter ‘learning how to breathe / how to feel and how to tell my friends and family what I need.’ The song is a balm, a demonstration of mental growth that both relaxes and uplifts.

These themes and how they are a constant presence throughout the album come from Rossiter’s inspiration for the project ‘conceptual beach’ itself. Described by Rossiter as a ‘long-time mental refuge,’ it makes sense that the reflective nature of the music is stronger on Welcome to Conceptual Beach than on any of the quartet’s previous records. This is perhaps shown best on the final track, ‘Magicians,’ a multi-faceted trip that leads the listener into imagined youth and self-absorption among light, whimsical instrumentation. The final minutes are classically Young Jesus as they change direction away from the whimsy of the first half, changing the scenery of the song from something peacefully nostalgic to an emotional cliff’s edge. Rossiter’s ASMR-inducing whispers act as the silent fall following the leap, the abrupt guitars like breaking the surface of the waves below. It’s a fantastic and fitting send-off for an album that brings together the old and the new, the traditional and the experimental in harmony under the guidance of an evolved Young Jesus.

Welcome To Conceptual Beach is available now via Saddle Creek