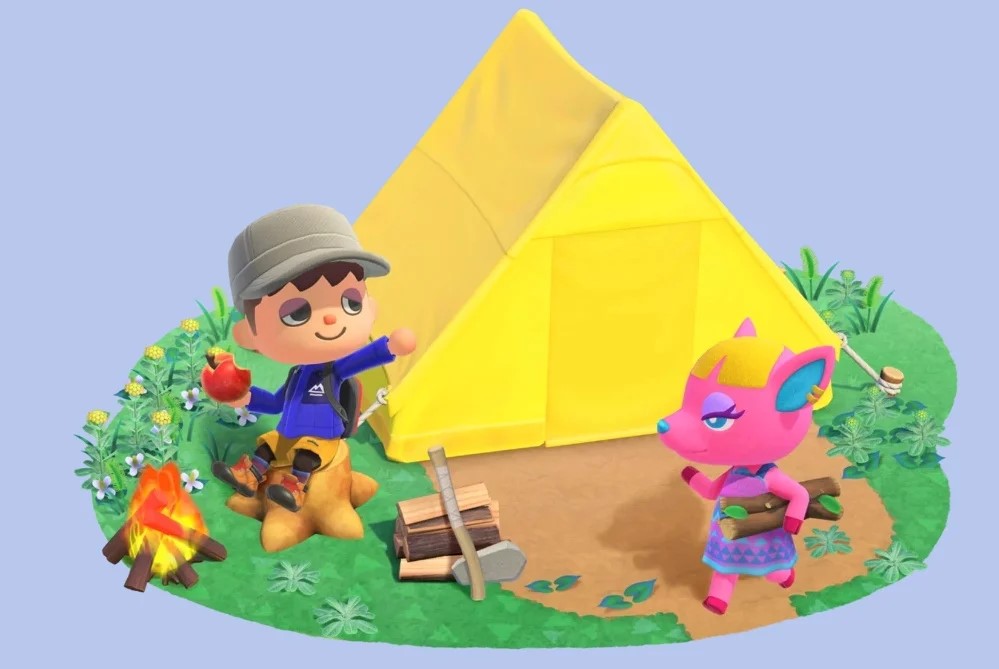 Sam Arrowsmith steps up to take us through 5 games that mean a lot to him, from Twilight to Tom Nook, in the first of a multi-part series.

The Legend of Zelda: Twilight Princess

The best Zelda game. Period. Set 100 years after Ocarina of Time, the adventure of Link and Midna, spanning a huge map, even across dimensions, wowed me when I was 9. Then, I played the HD version, and it hadn’t lost any of its charm. Me and my brother spent hours painstakingly moving through every dungeon, looking for chests, items, that little extra tactical advantage against Zant’s (and, ultimately, Ganondorf’s) hordes. Even though it’s only a single player game, we could always make it a collaborative exercise, and we have many happy memories watching the story unfold. We always knew which of us was best equipped to tackle a given boss, dungeon or side-quest. One irritating escort mission kept us on the hook for ages, until we finally found our respective niches, and finished it off for good. This is what all video games should feel like.

The first time I played this, I was at my grandmother’s house at Christmas, playing my cousin’s copy. She had raved about how good it was and it did not disappoint. On the face of it, Mario in Space seemed like a simple concept, but with gravity physics, endless variety of worlds and spectacular set piece boss battles, this game blows my mind every time I load it up, even now. Just watching Mario soar out of a launch star on to the next planet is a thrill, particularly a memorable scene in the Battlerock Galaxy where as you fly out, the camera pans to look behind you, as the area you were just in is beset by explosions, showing you had a narrow escape. This game was so popular, it spawned a sequel, which is obviously no slouch, but it still lacked the impact of the original.

The Wii U. A good idea, that somehow went a bit wrong. Happens to the best of us. It kept a tradition of awesome launch titles, though. Nintendo Land was designed to showcase the Wii U’s technical specs to their fullest and it succeeded gloriously. Games like Mario Chase, Zelda Battle Quest (are you detecting a theme?) and Metroid Blast make this game an absolute riot when you have friends over. When I was in high school, it wasn’t a Sunday until me, my brother and my best friend were tearing up some handstitched bad guys, or each other, before a fresh argument on who gets the GamePad. It’s a lot like MarioKart. It just cheers you up, plus there’s MAJOR bragging rights if you win. Even with just one player, there’s six single player games, but this is meant to be played with friends. Trust me.

I know, I know, why am I not talking about The Complete Saga? That is an excellent game, even though some of the features haven’t aged as well as we’d like. But, on balance, I have to include this game instead. What makes this game my favourite of the Lego Games is the greater variety in level options. There’s the traditional exploration and platforming we’ve come to expect from Lego games, but there’s also revamped starship battles, with multi-level battlefields and landing pads, to take the fight to the enemies on the ground and in the air. The highlight, for me, is the battlefield levels. A huge battlefield, with different base areas to capture and a myriad of amenities to build, barracks, shield generators and, importantly, air support. All set to one of the best soundtracks in pop culture. Need I say more?

Animal Crossing’s more recent impact on popular culture is well documented. This relentlessly cute and cheery offering, and its endearingly mismatched cast of animals, has provided many a much-needed diversion across the lockdown. I’ve had this game since it came out in March and it’s still making me smile. My island, Tregale, is still in the process of being built up into a spaceport (as you do), which is fun in itself, but what makes this game special to me is the community feeling. I joined a newly formed UoB Animal Crossing society over the course of the lockdown and through the game, I’ve met some great people. Visiting each other’s islands to trade and hang out has been an important highlight of the last few months. No matter how bad the real world is, there’s always a stargazing owl or perennially shipwrecked seagull to cheer you up.

Hope you enjoyed the article! Check out some more while you wait for Part 2!