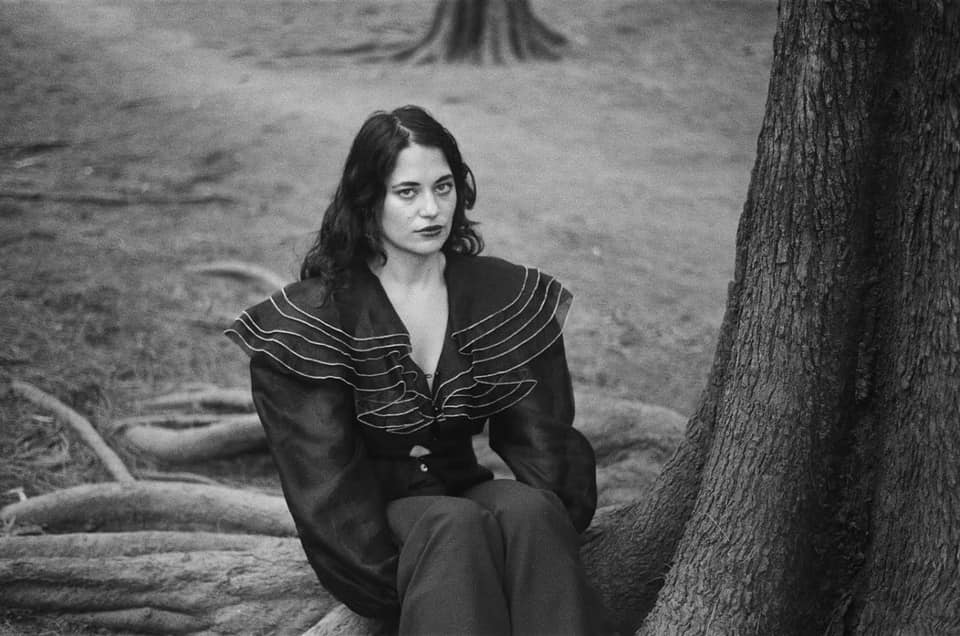 Album Review: Maple Glider – To Enjoy Is The Only Thing

Written by Isabelle Porter
Second year English and Creative Writing student
Published at 11:00 on 27 July 2021
Images by @MapleGlider on Facebook

A look at the photograph on the cover of Maple Glider’s debut album, To Enjoy is the Only Thing, offers an insight into the nature of the record: warm, nostalgic, and wistful. The album artwork features the Australian singer-songwriter hanging onto the limb of a tree, framed by a canopy of green leaves overhead and summery grass below her feet. Fitting, as Maple Glider, (the artistic moniker of Tori Zietsch), uses the collection of nine songs to reflect on relationships with lovers, friends, family, and even cats: capturing moments of vulnerability with a sense of whimsy.

The two opening tracks, ‘As Tradition’ and ‘Swimming,’ effectively establish the album’s tone, as they recount romantic relationships with intimate sentiment. ‘Love is just a word I have learned / I may use at my own expense,’ Zietsch sings over gentle piano chords at the beginning of the first track, which is the album’s lead single. From the outset, she frames the word ‘love’ in its discretion, separating the word from its rigid social context. A suitable line to begin the album, as over the course of the nine tracks, Zietsch carefully describes love that is present in actions taken, told through a keen sense of memory: instances in where love must adapt to survive moments of tension or dissonance. ‘Swimming,’ in particular, conveys this thought by invoking brilliant imagery: watching surfers on the Birling Gap, drinking red wine in the mountains, and considering packing a bag to leave someone.

Over the scope of the next three tracks, ‘View From This Side,’ ‘Friend,’ and ‘Be Mean, It’s Kinder Than Crying,’ Zietsch explores conflict in familial and platonic relationships. Particularly in the latter two songs, Zietsch hones in on the growing pains of adolescence, recognising her own personal shortcomings: ‘I’m not good at faking / But I’m not good at speaking out / I am quickly blending into all of my fear and doubt,’ she sings in ‘Friend.’ Once again, Zietsch uncovers the multifaceted nature of personal relationships by exploring moments in which pain is inflicted unintentionally. Tension is reflected in the underscoring of ‘Be Mean, It’s Kinder Than Crying,’ where Zietsch sings remorsefully over palm-muted chords strummed on an acoustic guitar.

‘Good Thing,’ another single off the album, considers moments of doubt in romantic relationships. With a hummable refrain, Zietsch contemplates how the presence of another person has affected who she is, weighing her own fears about their relationship and ultimately deciding to end it. ‘But I guess that’s how we learn / By setting fire to things that bring us life / Before we’ve got to watch them burn / And so I’ll say goodbye / Because I’d rather kill a good thing / Than wait for it to die’ she resolves in the second chorus, her normally delicate vocals strong and filled with emotion.

The following tracks, ‘Baby Tiger’ and ‘Performer,’ find Zietsch exploring themes of disillusionment and detachment in relationships that are destined to be no more than flings. Interestingly, in ‘Baby Tiger,’ Zietsch sings to the pet cat scratching outside her door, a figure more familiar and a greater source of emotional comfort than the acquaintance lying in her bed. ‘I’m okay, baby tiger / I’ll come back to me soon,’ she promises the feline over sunny guitar chords.

The album closes with the poignant track, ‘Mama It’s Christmas.’ Heartbreakingly confessional, Zietsch reaches out to an estranged brother. In the tradition of Joni Mitchell’s ‘River,’ the track explores the sense of longing and loneliness brought about by the holiday season. ‘Mama It’s Christmas’ describes the act of trying to connect with family members in December as an exhausting tradition intertwined with the holidays themselves. ‘Mama it’s Christmas time again / Where is my brother / Where is my friend’ Zietsch sings in the chorus, a tearful cadence to her voice. The album reaches its conclusion on a track that encapsulates the album’s examination of the complexity of love in all of its forms.

Even as Australia has moved into the winter season, To Enjoy is the Only Thing offers a shimmering soundtrack complementary to the warm weather of the upcoming months here in the northern hemisphere. An area where the album could be a bit stronger is in its range of instrumentation; in future work, it would be interesting to see Zietsch explore different textures of sound. All in all, the album is meditative and atmospheric, with two standout tracks being ‘Good Thing’ and ‘Mama It’s Christmas.’ Fans of artists like Daughter, Phoebe Bridgers, and Florence + The Machine are sure to resonate with Maple Glider’s acoustic-tinged, ethereal sound and honest lyricism.