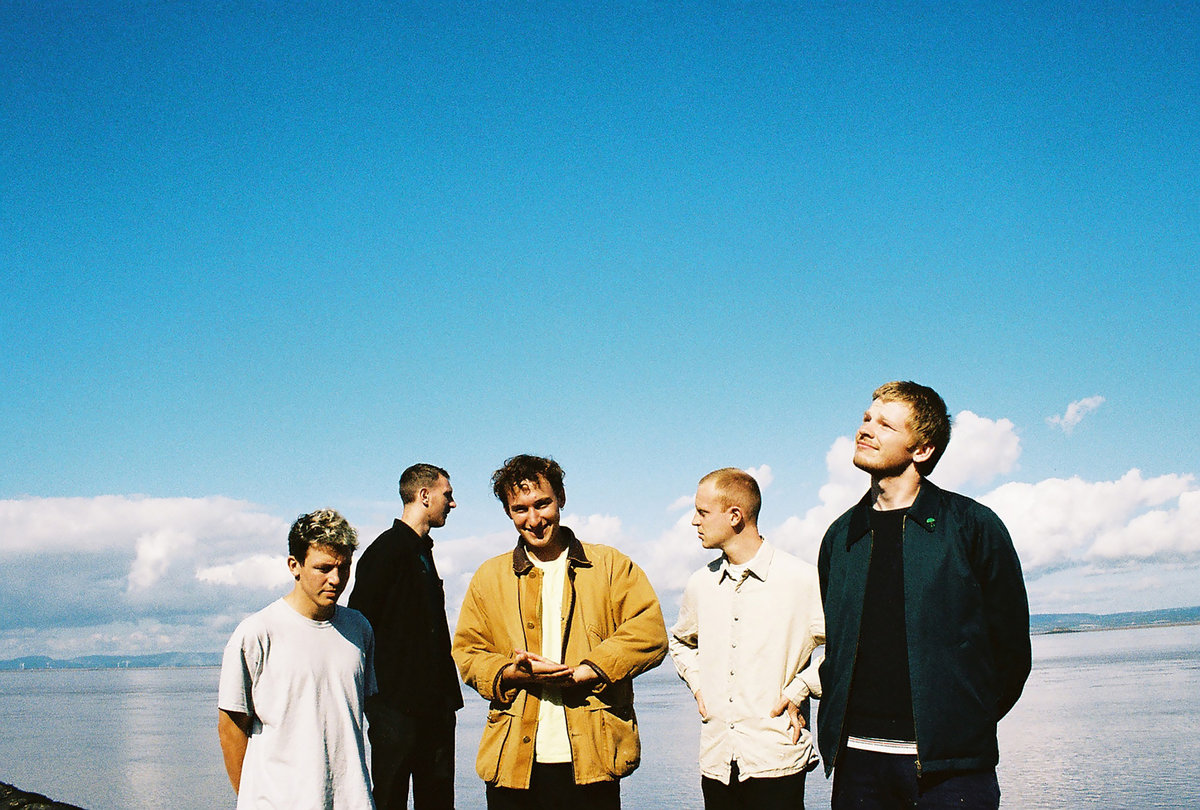 Music Critic Ben Forsdick review Squid’s debut album, an exciting and ambitious record which builds on the promise of their early singles

For much of 2021, Squid’s debut album has been one of the year’s most highly anticipated releases. The UK post-punk 5-piece have been releasing music for several years but only now have the band decided to drop a full length project. Squid’s association with Dan Carey (this record’s producer) brings added excitement to the release of Bright Green Field. Carey’s albums tend to do rather well with the critics. In 2019, Black Midi exemplified such with the release of their stunning debut Schlagenheim. Furthermore, the wider UK post-punk scene has flourished in recent years, with releases from Shame, Black Country New Road, and Goat Girl all receiving critical acclaim. Meanwhile, Squid have watched and kept audiences anticipating. Dan Carey’s track record may have added to the pressure for Squid to nail it on their debut, but Squid added to this pressure themselves by releasing a series of impressive singles in the lead up to this record. I first came across the band a few years ago when they released the stand-alone single ‘Houseplants,’ but these new singles took the band’s songwriting to a new level. These songs were more expansive, grander and more sonically varied than anything previously released by the band. So, it was all shaping up to be a solid debut for Squid. Fortunately, Bright Green Field lives up to these expectations. In fact, it somehow manages to better them.

This record falls just short of 60 minutes in length, yet the focus with which the band have curated this holistic project completely justifies what is an ambitious runtime for a debut post-punk release. This is in part due to the amount of music on this record that falls outside the post-punk label. The instrumental palette here is huge. There are brass instruments, strings and electronics, as well as the usual post-punk standards. The band has an appreciation for Talking Heads style grooves and uses this to create arrangements that are hugely ambitious. The songs are long, sometimes nearing the 10-minutes mark, and as the album progresses from one track to the next, there is a consistent feeling of forward motion. This record wants to reach the end of its 54-minute runtime and is constantly battling to do so.

The opening track ‘Resolution Square’ functions as a short introductory piece of field recordings. The song is nothing too strange, but it does instantly give the album a grounding outside the staple sounds of post-punk since, by nature, the track is abstract. This leads into the first full song ‘G.S.K.’ With this, the record immediately demonstrates its grandeur. Piercing drums, dramatic descending brass lines and swelteringly warm electronics colourfully fill the mix. Despite this, the instrumental is not crowded, and this spacious sound allows the weight of this album’s opener to travel through each section of the song with more force than the last. Ollie Judge’s vocal performance on this song is one of many that remind me of some of The Pixies’ more punk-oriented tracks. His vocal lines are so wildly delivered that nothing quite feels settled.

Indeed, this album’s volatility keeps the listener on edge; even individual songs are subject to sudden stylistic changes. ‘Narrator’ begins as a fast-paced, tightly performed track with some neat guitar lines, before building to a finale that consists of an eruption of noise. Ollie and guest vocalist Martha Skye Murphy explode into a frenzy of yelps and screams. Lyrically, the track follows a character who fails to distinguish between dreams and reality, resulting in a lack of control as to what is and is not true. What makes the track so terrifying is its unpredictability, no guitar line sounds capable of leading into the next and the two vocalists sound totally despairing of all that they sing. As if it were possible, ‘Boy Racers’ is even more volatile in construction. Again, the song begins with what is a relatively straightforward punk groove before totally dissipating into a piece of drone music. Each synth swell is more powerful than the last and the warbled vocals that are apparent in the background of the mix add to the track’s oddness. Squid did not need to do this. They could have left the track at three minutes and there would have been little to complain of. But when songwriting and production talents are matched with these levels of ambition, it would be foolish to assume that anything other than a track as bold as ‘Boy Racers’ would make the cut.

‘Paddling,’ the second single teasing towards Bright Green Field features what is one of this album’s best hooks and the way this track transitions between fast-paced passages and spoken word interludes provides a hugely satisfying push and pull effect within the music. It is only upon the arrival of ‘Documentary Filmmaker’ that this album declines in any quality. The idea of this song is well intentioned, but the way each line is shouted in this oddly staccato fashion is a touch tedious. Having said this, an immediate return to form arrives with ‘2010.’ Again, it is volatile and again, it is instrumentally lavish. The quieter moments feature guitar passages that are genuinely beautiful, sounding closer to a band like Mogwai than to the dance-punk aesthetics that inspire this record. However, these moments are repeatedly interrupted by some absurdly harsh and borderline brutal guitar passages that are the sonic equivalent to a series of aggressively thrown punches. Squid’s ability to pack so much sound into each song without overcrowding the mix is to both their and Carey’s credit. The recording and production on Bright Green Field is rarely short of flawless.

‘The Flyover,’ a brass led interlude is mostly a chance to catch breath, although, the subtle pulling apart of intonation does give the music a significant unease that builds excellently into the following two tracks. ‘Peel St.’ begins with glitchy electronics that sound strangely like a synthesiser being tuned up (if you can imagine what that would sound like). What follows is the most densely packed and tightly performed groove on this entire record. It is raucous, is it chaotic. At no stage is it overblown. Every fine detail is tastefully added to the mix. Nothing is included without careful consideration as to why that is. Following such, ‘Global Groove’ is a slow and ominous song that acts as a metaphor for the mundanity of human existence, that which is referred to as the global groove. As the track progresses, the song’s own grooves play in and out of the mix. Yet, these are ugly, angular and disjoint in an allegoric way in representation of the global groove of the world. Fittingly, this sentiment transitions into the album’s final track ‘Pamphlets’. The song begins with Ollie informing us of various reasons as to why he doesn’t leave the house. Despite this, he is still inundated with ‘pamphlets through [his] door and pamphlets on [his] floor. He will not enter the outside world, so the outside world enters his home. His want for isolation is impossible. Everything proceeds to encompass life, regardless of whether we have allowed this to occur. This lyrical fear and dread that is constructed within this closing track is indicative of much of the music on this record. Volatile and chaotic.

So much ambition, so many influences and such a substantial runtime could easily has resulted in total disaster. It has resulted in the opposite. Bright Green Field is vocally wild, instrumentally tumultuous, lyrically unsettling and compositionally grand. There is so much to enjoy on this record. But what makes Bright Green Field so exciting is the ambition with which this record was made. Squid have no reason to leave it with this release and if they continue to write music of this quality, there will be many a great Squid album to come.