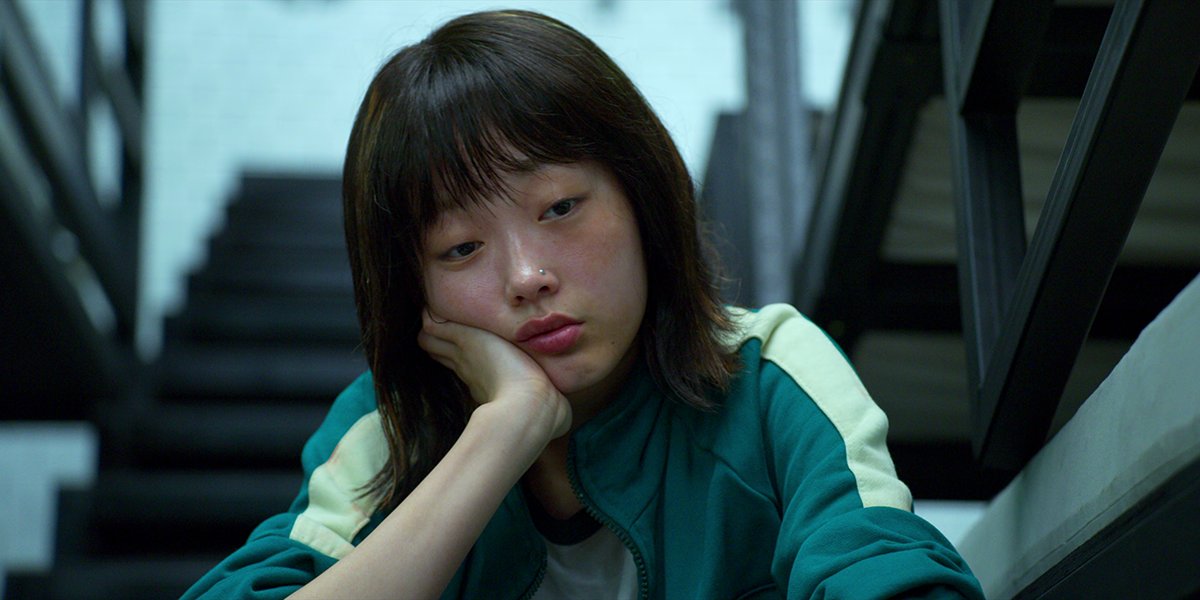 Are We Living In Our Own Squid Game?

Over 111 million of us tuned in to watch the Korean series, Squid Game, causing it to surpass Bridgerton as the most popular show on Netflix. At first glance, it is a dystopian and far-fetched show that rivals The Hunger Games in aspects of its format, but below the surface, Squid Game is a frightful yet resonant reflection of the capitalist world we live in, prompting those with power to wake up and realise the part they are playing in the destruction of civilians.

The chances are, Squid Game has become so popular because it is so thought-provoking in nature. The bloodshed scares us much more than simply being gory. The show is a psychological journey for viewers, who will question all aspects of themselves and others after finishing the series. Perhaps we have fallen in love with the show because it revealed to us a hidden truth about human nature that we have been cultured to suppress.

For those of you who have not yet watched the show, here is a quick rundown. Debt-riddled players volunteer to be entered into a competition to play six games in order to win a gigantic cash prize. All they have to do is win all six games to take home this money. Sounds easy right? Well, little do they know, they are quite literally entering a game of last man standing. Elimination equals death. This prompts the all-important question, how far would you go to escape your debts? Is it worth risking your life for?

The issue amongst the players is that almost all of them are in gigantic debt; their lives back home are unbearable and the Squid Game is their only way out. They have nothing to lose yet for the viewers watching, the show is so addictive that it immediately makes them doubt themselves. At which point does greed get in the way of reason? What would they do if faced with an opportunity like this?

Themes like this are developed throughout the course of the season. The game becomes a fight for survival. Whilst players broke off into teams, it was clear that the selfish nature of mankind would prevail. Can we really trust anyone, and if so, at which point do we have to sacrifice morality to protect ourselves?

Survival, in most cases, teams up with violence. Extreme violence and bloodshed could be witnessed in most episodes, whether that be as a result of competing in the games themselves or attempting to eliminate others through physical violence in the dorms. All morality was taken away (with perhaps one or two exceptions) and natural human instinct was determined to strike down everything in its path. Seeing the players rampage like animals was enough to make civilised viewers uneasy; witnessing this violence was so shocking yet the underlying message behind it was even more disturbing.

If viewers take Squid Game as a metaphor for the way modern society functions, the show will seem a little less dystopian than first believed to be. Gi-hun’s situation can be viewed as reflecting the struggles of living in a capitalist world, with the games prompting the political elite to intervene in a society that is experiencing much more violence as a result of poverty. The poor get poorer and will resort to a life of crime just to make ends meet whilst the rich fail to intervene, only focusing on their capitalist goals of financial growth, with all neglect of an obviously failing welfare system.

The popularity of Squid Game has done its message so many favours; people recognising that change needs to happen in their own lives is one step closer to living in a world without class disparity and poverty. So let us continue to share hilarious memes, but also remember that when all the hype of these fictional games is over, aspects of Squid Game remain all too familiar in everyday society.