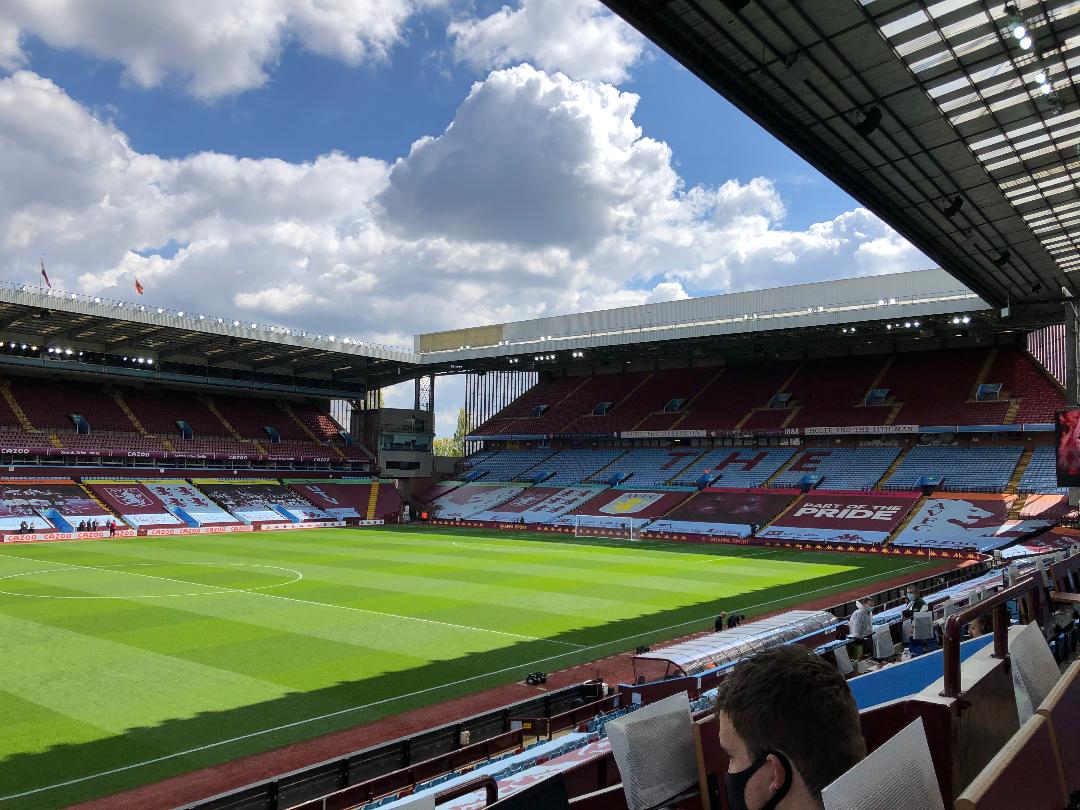 The points were shared between relegation-threatened Aston Villa and West Ham at Villa Park on the penultimate weekend of the WSL season.

The crucial encounter between 10th-placed West Ham and 11th-placed Villa lived up to its potential as a tense and enthralling match between two sides with much to play for, despite the lack of goals.

This was Villa’s fourth consecutive draw and they had to work extremely hard to earn what could be a crucial point in the battle for survival.

West Ham controlled much of the possession early on and had the majority of the chances in a largely uneventful first half.

Martha Thomas crafted an opportunity for Emily van Egmond to open the scoring within the first ten minutes, but her shot was blocked by Anita Asante, who was resolute for Villa at the back throughout.

Villa certainly grew into the game, with Mana Iwabuchi looking to assert her influence on proceedings, although their attempts on goal merely proved to be half-chances.

The best opportunity of the first 45 minutes came late on as Dagny Brynjarsdottir’s shot, destined for the bottom-right corner, was blocked by Asmita Ale. The follow-up looked harder to miss, but two West Ham players got in each other’s way, which meant the deadlock remained unbroken at the interval.

Villa started brightly in the second half, with a glorious opportunity for Shania Hayles, who could not beat Mackenzie Arnold at the first or second time of asking.

Shortly after, space opened up for Villa striker Stine Larsen on the counter after some good work to break away from the Hammers defenders put her within shooting distance. However, the Dane’s lack of pace allowed the West Ham defence to recover and she was unable to test the goalkeeper.

In the 70th minute, there was another goal-mouth scramble, reminiscent of the chaos late in the first half, when Dali cut in from the right and her initial shot was parried out by Weiss.

The pressure on Villa continued to mount as Thomas struck the frame of goal from about sixteen yards out as Lisa Weiss stood helpless in the Villa goal. Dali also threatened for West Ham, working space for a shot on the edge of box which sailed agonizingly past the post.

Both teams showed attacking intent in the closing stages of the game, not least in the five dramatic minutes of stoppage time. Nadine Hanssen cleared Gilly Flaherty’s shot off the line before van Egmond tried her luck with an effort at the back post, only to be denied by the crossbar.

The hosts lived dangerously for large parts of the game, but their backline deserves credit for repelling the waves of West Ham attacks and keeping a clean sheet. There was no repeat of the last two fixtures in which they conceded in the 96th minute on both occasions. Whilst it is another point on the board for Villa, their WSL status remains far from certain as they sit two points ahead of the drop zone going into the final game of the season at Arsenal.

Villa Manager Marcus Bignot praised his squad for bouncing back from the recent setbacks against Bristol City and Birmingham City. ‘The point gained is so important,’ Bignot said when speaking to the media post-match. ‘Let’s hope the four points we’ve got so far [out of the last four matches] and a further opportunity on Sunday will be enough [to stay up].’

The result at Villa Park means that West Ham are virtually safe from relegation, but Olli Harder will be wondering how his side failed to win the game. The Hammers did not look like a team embroiled in a relegation dogfight, but they did lack the clinical touch in and around the box to kill off the game.

‘It has been the tale of our season – not effective enough in front of goal,’ said Harder. ‘It was a good performance.

‘We wanted more but the point is pretty massive.’

Relive the action as it happened here.