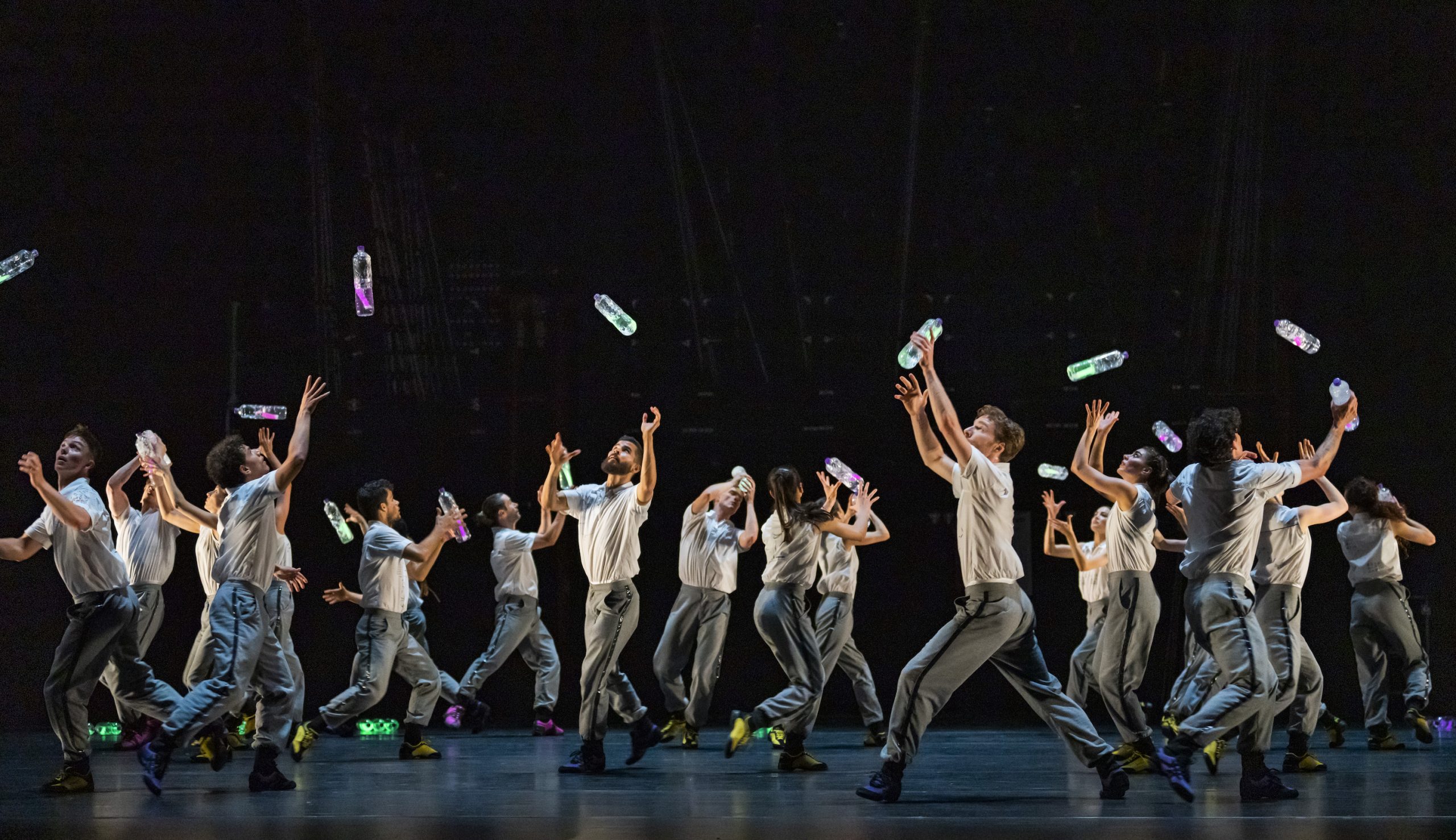 Culture Writer Georgia Brooks attends the Birmingham Royal Ballet’s three part performance, On Your Marks!, praising the innovation and diversity of the performances

Written by Georgia Brooks
Published at 15:00 on 2 July 2022
Images by Tristram Kenton

As part of the Birmingham International Dance Festival 2022, director of Birmingham Royal Ballet Carlos Acosta brought together three very different works for an evening celebrating the arrival of the Commonwealth Games to Birmingham. Acosta himself was actually sitting in the row in front of my mum and myself, adding to our already great excitement!

The evening opened with Juliano Nunes’ Interlinked, a never seen before work inspired by the games, with music from composer Luke Howard. I really enjoyed this piece, particularly the versatility of the dance styles, and the different pairings and groupings of the dancers throughout kept the audience engaged.

The duets were especially tactile, exemplifying the dance’s title ‘Interlinked,’ and were riveting to watch. Although I didn’t feel that the themes and values of the commonwealth were necessarily communicated, I really enjoyed the diversity of the dancing which perhaps reflects this. Moments of synchronicity and then variety all at once were incredibly beautiful.

Second came Lazuli Sky, for me the highlight of the evening, by Birmingham born choreographer Will Tuckett. This dance was created during the pandemic and originally performed at The Rep in 2020, but fitted brilliantly into On your marks! The emphasis here seemed to be on natural forms, with both the costumes and the movements of the dancers themselves reflecting the natural world. In particular, spirals were used to great effect, with the fan-like skirts of the dancers evoking shells, flowers and fossils (see image).

The lighting was also utilised in this sense, with images of water, ripples and spirals highlighting the dancers’ movements and continuing the natural theme. The solo and partner dances here were breath-taking with the movements invoking images of blooming and flourishing. Overall, this was a beautiful dance accompanied by an incredible score composed by John Adams. Royal Ballet Sinfonia conductor, Paul Murphy, even joined the dancers on stage for the curtain call, emphasising the vital role that music plays in dance.

Finally, Acosta Danza and Birmingham Royal Ballet collaborated for the third performance of the night, 24. This dance involved 72 bottles, combined with 24 dancers and a huge element of risk and unpredictability: in fact, each performer had to learn 72 roles for the dance, and the one that they would perform was decided randomly at three points within the piece, depending on their position at the time. Choreographer Jorge Crecis adapted this piece from 12, originally performed by just Acosta Danza, and in the programme he explains how in performance there is the risk of going into autopilot and enacting movements without necessarily being present within the dance.

With 24, Crecis wanted to create a piece where the dancers had to remain fully engaged and react to changes and mistakes right there in the moment, such as dropping bottles or finding themselves in a slightly different position. The dance looked incredibly engaging to be involved with and a definite sense of achievement and fun were communicated, as the dancers pulled off some impressive feats.

However, I felt that 24 didn’t always hit all the right spots for me: there were times when what with the frantic running around stage and calling numbers and names, it felt more like a slightly poorly organised netball drill with a few too many people, rather than a dance. While it was interesting to see the communication aspects that aren’t normally visible in dance, at times it potentially took away from the beauty of the movements themselves.

Having said this, the slightly more typically ‘choreographed’ elements of the dance were very impressive and more enjoyable to watch. It was the in between aspects, finding positions and rearranging the bottles that I would have been happy to miss out, but it remained an incredibly impressive performance and undoubtedly showcased the astounding level of engagement that the dancers were required to maintain to pull off the dance.

Overall, On your marks! was a brilliant evening of dance, with three very different performances that were all unique and impressive in their own ways.

A Night at the Community Iftar