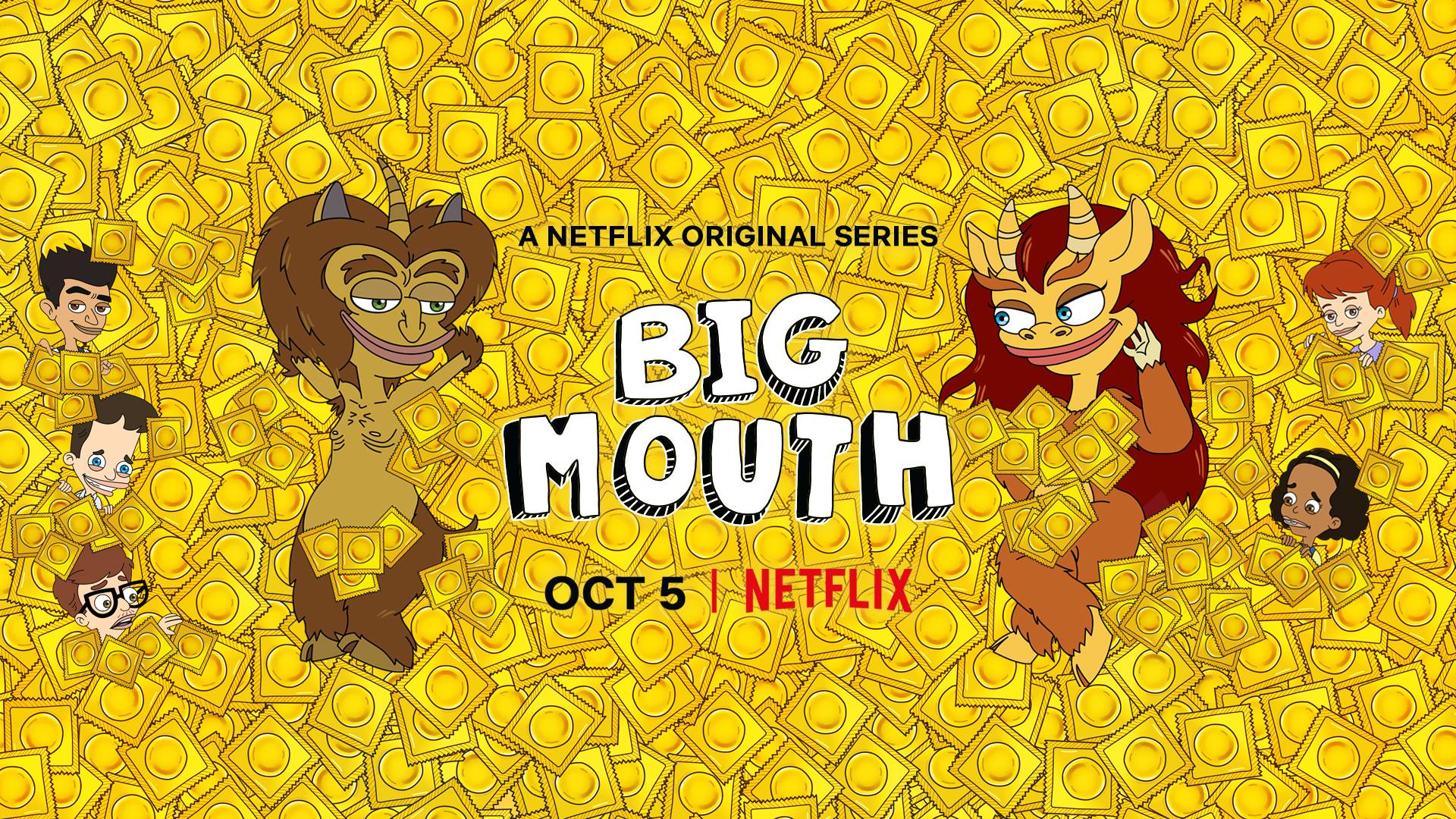 This LGBT+ History Month, TV Writer Jasmine Sandhar guides us through her perspective on how Big Mouth bridges the gaps in LGBTQ+ representation that were propagated by governmental failure

Over thirty years ago, the Local Government Act of 1988 was enacted and became law under Margaret Thatcher’s iron-fist conservatism. The bill included the notorious Section 28, an amendment stating that a local authority ‘shall not intentionally… promote the teaching in any maintained school of the acceptability of homosexuality as a pretended family relationship.’ Thus, children who were coming to terms with their sexuality at the time were taught to be ashamed of their identity and suffered from a torrent of homophobic abuse at school, which could not be stopped by teachers or staff who feared they may lose their jobs if they did not uphold Section 28.

Outraged by this increase in direct discrimination against homosexuals, gay rights advocates banded together across the UK to form a campaign against Section 28 that called for its repeal. Prominent actors, such as Sir Ian McKellen and Helen Mirren, spoke out in support of the revocation. Meanwhile, celebrities like Graham Norton and Boy George participated in street protests and wrote songs in opposition. However, the activists with the biggest impact were undoubtedly the everyday citizens who risked their lives for the cause. For example, four women (Olivia Butler, Rachel Cox, Angela Nunn and Charlotte Despard) abseiling down the House of Lords moments after the legislation was approved, and the case of Booan Temple, who forced her way into a BBC News Studio in dissent. The collective pushback from all these people led to the final repeal of Section 28 over a decade later in 2003, liberating members of the LGBTQIA+ community across the United Kingdom and establishing the Stonewall Charity as a lobbying group to prevent such prejudice policies from being instated again.

Unfortunately, despite these groundbreaking moments, the change in schools was far from immediate. Whilst repealing Section 28 erased censorship and the myth that gay issues could not be openly discussed, no new legislation was formed to promote students’ understanding and acceptance of gay people, meaning that schools were effectively doing nothing to challenge homophobic prejudice. Children were not being taught about same-sex relationships or queer ways of thinking, so whole generations were growing up unaware. This allowed the intolerance and ignorance engendered during the era of Section 28 to be sustained beyond its nullification. In fact, it wasn’t until under six months ago in September 2020 that a legal obligation was placed on schools to make Relationships and Sex Education (RSE) LGBTQIA+ inclusive in all primary and secondary schools. Although this is a historical milestone on the journey to equality for all, the reality is that the path to get to this point was far too long. The question remains as to whether any alterations would have been made without the unexpected arrival of a global pandemic – it is rather ironic that it has taken a world being on pause to produce any moves towards a new way of thinking.

Nevertheless, this does not apply to the realm of television and the media. Unlike state institutions, these platforms have given the LGBTQIA+ community an unsuppressed voice to speak out with. In my opinion, the show that has given the most impactful and comprehensive representation of an inclusive RSE is the cartoon sitcom Big Mouth. At first, the series appears to be your typical coming-of-age story with a formulaic plot-line that follows the lives of a group of pre-pubescent teens as they battle their way through the awkward stages of adolescence. However, by showing experiences that fall outside of hetero and cisnormative narratives, the show becomes completely unique. Of course, it doesn’t hurt to have anthropomorphic hormone monsters as a unique selling point, too.

Not only does the series embrace a broad spectrum of the rainbow, with a colourful cast of lesbian, gay, bisexual, transgender, and pansexual characters, but it also includes the nebulous clouds that come with it, exploring the issues that teenagers face in the struggle to discover their sexual identities. For example, Matthew’s devoutly Christian mother refuses to accept her son for who he is after discovering that he is gay; Jay is conflicted about his bisexuality and is not taken seriously when he comes out to his friends; Natalie is taken advantage of by Seth, who is happy to kiss her in secret but refuses to openly admit that he is attracted to a trans-woman and Ali is forced to move schools after facing bullying for being pansexual. Meanwhile, Jessie’s mum questions her sexuality after causing a familial divide by engaging in a lesbian relationship with Cantor Dina. Rather than romanticising the LGBTQIA+ community, as many other mainstream shows do by using tactics like queerbaiting and playing into stereotypes, Big Mouth presents the realities of ‘growing up gay’, providing a true depiction of life that individuals can relate to or learn from.

Naturally, not everything is perfect, and the show has been criticised for misrepresentation in the past. For example, the differences between bisexuality and pansexuality were once incorrectly described, and it was discovered that there were actually no LGBTQIA+ writers on the team to help sift through fact and fiction. Nevertheless, the producers became very aware of their mistakes, ensuring that they were resolved in the latest season. We can almost certainly expect to see new colour in the spectrum when season 5 is released, which will hopefully touch on non-binary, asexual, and queer experiences. However, it cannot be denied that the series has been more eye-opening and respectful of LGBT+ issues than any PSHE lesson conducted in school. The diversity of RSE in the entertainment industry has allowed for the normalisation of gay culture, bypassing Section 28 and its present-day reverberations by unapologetically promoting homosexuality. TV shows like Big Mouth have made headway for LGBTQIA+ representation because they are the educational tools that fill in the potholes of government failure.