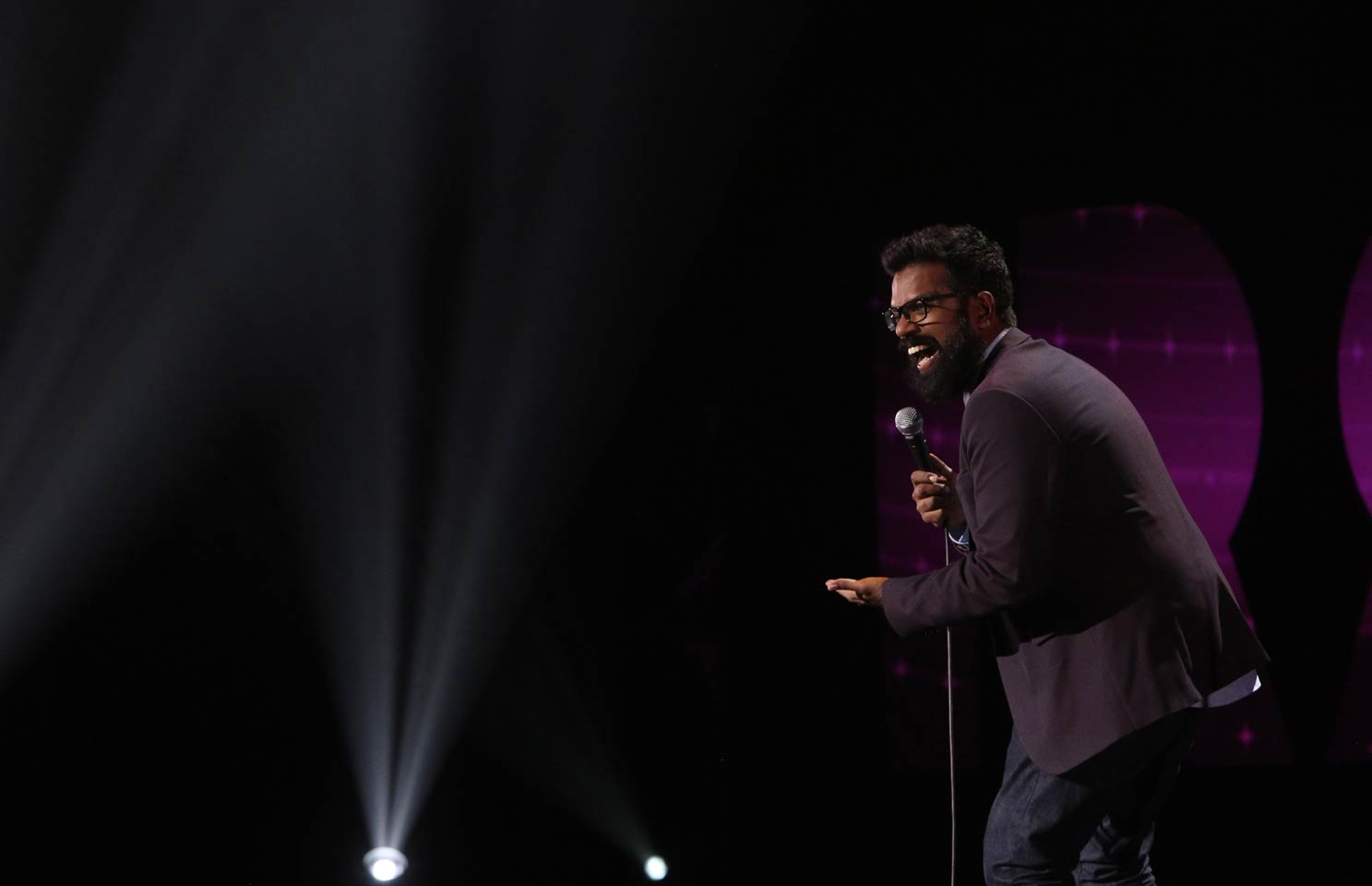 As a longtime fan of Romesh Ranganathan who has laughed wholeheartedly at his various appearances on seemingly every television show out there, I was expecting big things from his stand up show at the Bristol Hippodrome. To put it frankly, he did not disappoint.

Ranganathan came on to the stage and, within mere seconds, was already winning over the audience with his self-deprecating humour whilst cracking jokes over the fact that tickets to the show were bought over two years ago thanks to the pandemic. Despite being unable to perform live during this time, he came back with a bang.

The comedian cracked jokes about his wife and children, being brutally honest about his family in a way which many people could relate to but are usually too scared to say themselves. The story about Ranganathan’s children on the beach remained a key motif of the show, weaving through every section and tying the whole set together, essentially making the entire two hour set one run on tangent from the original anecdote. This worked well – the audience couldn’t help but crack up every time Ranganathan would say ‘anyway, we were on the beach…’ reminding them that he had once again digressed.

Particularly refreshing was Ranganathan’s ability to discuss important social issues within his set without making fun of them or cracking distasteful jokes. Veganism, racism within football, and the LGBTQ+ community were all brought up within his comedy set, but instead of making these communities the butt of jokes as so many other comedians do, Ranganathan advocated for them and instead made fun of the bigoted comments made about them.

Describing Piers Morgan as a ‘c***,’ one of the funniest moments was Ranganathan’s discussion of the LGBT sandwich at M&S and queer education in schools. Without saying too much (I’m not sure the exact language would be entirely appropriate here) Ranganathan ridiculed those who opposed same-sex education in primary schools and made arguably the best joke of the evening.

Overall, Ranganathan delivered a hilarious and surprisingly insightful comedy show. Every joke hit the mark and the audience was in stitches for the entire set, a feat which only highlights Ranganathan’s ability to capture an audience and nail every single anecdote.