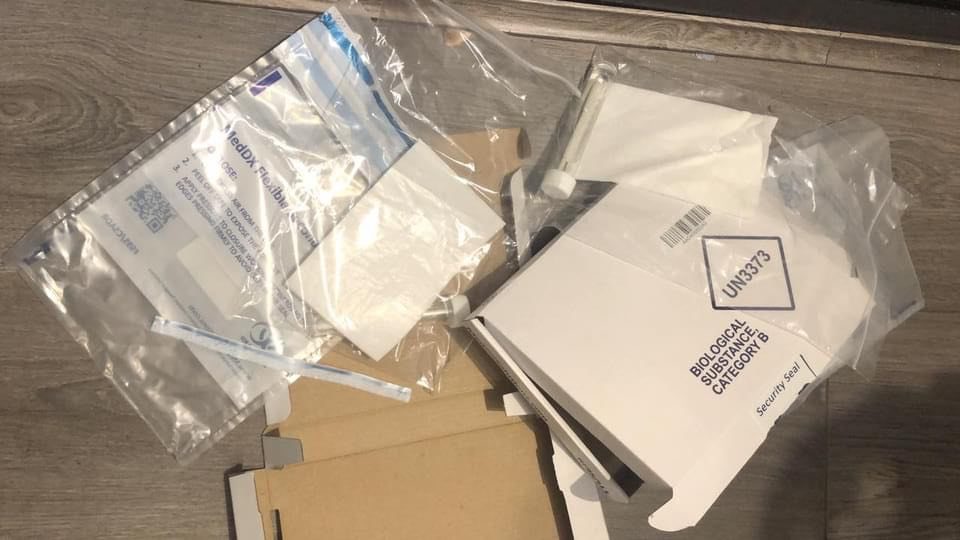 Following on from Redbrick’s coverage of the Birmingham City Council COVID-19 test delivery mix up, it has emerged that some of the already used tests were in fact reused by multiple students from one household

Charlie Young and Becky Gelder
Published at 14:30 on 14 October 2020
Images by Tasha Ashbridge

Following on from Redbrick’s coverage of the Birmingham City Council COVID-19 test delivery mix up, it has emerged that some of the already used tests were in fact reused by multiple students from one household.

In the video made available to Redbrick, the students can be heard in discussion with council staff confirming that the tests were in fact reused, not simply opened, in direct contradiction to the official statements of the Birmingham City Council today.

The statement made this morning by Director of Public Health for Birmingham,  Dr Justin Varney had confirmed that 25 tests were given out, with one test being returned opened.

This raises very legitimate concerns for the health and wellbeing of the students in question, in what is a potentially lethal mix-up.

Following on from Redbrick’s coverage of last night’s events, BBC West Midlands Radio spoke to Dr Varney as he tried to reassure students. Yet, the students who reported the mixup last night felt they were accused of ‘hearsay’ by the Director of Public Health for Birmingham, regarding the number of tests that were opened.

Tasha Ashbridge explained: ‘I feel like once again the government are blaming students and I feel like they obviously aren’t taking us seriously and calling us liars and spreading gossip [on live radio] even though we have proof. It’s a joke and now we feel ridiculed.’

In a separate video also seen by Redbrick, multiple students can be seen opening the boxed used tests, with some even breaking the plastic bag seals as well.

Varney previously praised ‘responsible’ students for helping to avoid a ‘near miss’ claiming ‘no one was put at risk.’ This is in stark contrast to much of the rhetoric blaming students for the spread of COVID-19.

The Birmingham City Council has responded to these allegations saying: ‘We are reviewing the circumstances,’ but has not provided a full statement as of yet.